Weekly Bulletin of The Socialist Party of Great Britain 125

Welcome to the 125th of our weekly bulletins to keep you informed of changes at Socialist Party of Great Britain @ MySpace.

"Money is a new form of slavery, which differs from the old form of slavery only in its impersonality, its annihilation of all humane relations with the slave." Leo Tolstoy, What to do?, 1887. 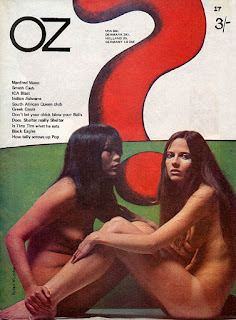 From the June 2004 issue of the Socialist Standard


The following article was originally published in 1968 in issue 17 of the counter-culture magazine, Oz.

At the time of writing its author, David Ramsay Steele, was a member of the Socialist Party of Great Britain. This transcript is taken from the June 2004 issue of the Socialist Standard, which was a special issue given over to marking the hundredth anniversary of the SPGB.

1652: There shall be no buying and selling . . . If any man or family want grain or other provisions, they may go to the storehouse and fetch without money. (Gerrard Winstantley).

Abolition of Money! Down through the ages this wild and visionary slogan has been whispered by a subversive few. Ever since human beings discovered cash, they have hated it and tried to rid themselves of it whilst their own actions have kept it alive. In this respect, money is like syphilis.

Today the whisper has become a shout though still the shout of a tiny minority. Tomorrow it will be the roar of the crowd, the major topic of discussion in every pub and coffee house, factory and office.
The abolition of money is an ancient dream, the most radical demand of every social revolution for centuries past. We must not suppose that it is therefore destined to remain a Utopia, that the wheel will simply turn full circle once more. Today there is an entirely new element in the situation: Plenty.
All previous societies have been rationed societies, based on scarcity of food, clothing and shelter. The modern world is also a society of scarcity, but with a difference. Today's shortages are unnecessary; today's scarcity is artificial. More than that: scarcity achieved at the expense of strenuous effort, ingenious organization and the most sophisticated planning.

The world is haunted by a spectre the spectre of Abundance. Only by planned waste and destruction on a colossal scale can the terrifying threat of Plenty be averted.

Money means rationing. It is only useful when there are shortages to be rationed. No one can buy or sell air: it's free because there is plenty of it around. Food, clothing, shelter and entertainment should be free as air. But the means of rationing scarcity themselves keep the scarcity in existence. The only excuse for money is that there is not enough wealth to go round but it is the money system which makes sure there cannot be enough to go round. By abolishing money we create the conditions where money is unnecessary.

If we made a list of all those occupations which would be unnecessary in a Moneyless World, jobs people now have to do which are entirely useless from a human point of view, we might begin as follows: Customs officer, Security guard, Locksmith, Wages clerk, Tax assessor, Advertising man, Stockbroker, Insurance agent, Ticket puncher, Salesman, Accountant, Slot machine emptier, Industrial spy, Bank manager, before we realized the magnitude of what was involved. And these are merely the jobs which are wholly and utterly useless. Nearly all occupations involve something to do with costing or selling. Now we should see that the phrase "Abolition of Money" is just shorthand for immense, sweeping, root and branch changes in society. The abolition of money means the abolition of wages and profits, nations and frontiers, armies and prisons. It means that all work will be entirely voluntary.

Of course, the itemizing of those jobs which are financial does not end the catalogue of waste. Apart from astronomical sums spent on the Space Race, and the well known scandal of huge arms production, we have to realise that all production is carried on purely for profit. The profit motive often runs completely counter to human need. 'Built-in obsolescence' (planned shoddiness), the restrictive effects of the patents system, the waste of effort through duplication of activities by competing firms or nations these are just a few of the ways in which profits cause waste.

What this amounts to is that ninety per cent (a conservative estimate) of effort expended by human beings today is entirely pointless, does not the slightest bit of good to anybody. So it is quite ridiculous to talk about "how to make sure people work if they're not paid for it". If less than ten per cent of the population worked, and the other ninety per cent stayed at home watching telly, we'd be no worse off than we are now.

But there would be no need for them to watch telly all the time, because without the profit system work could be made enjoyable. Playing tennis, writing poems or climbing mountains are not essentially any more enjoyable than building houses, growing food or programming computors. The only reason we think of some things as 'leisure' and others as 'work' is because we get used to doing some things because we want to and others because we have to. Prostitutes despise love. We are all prostitutes. In a Moneyless World work would be recreation and art. That work which is unavoidably unhealthy or unpleasant, such as coalmining, would be automated immediately. Needless to say, the only reason these things aren't done by machines at present is because it is considered more important to lower the costs of the employer than to lower the unhappiness of his slaves.

The money system is obsolete and antihuman. So what should we do about it? In years to come, with the increasing education and increasing misery of modern life, together with growing plenty, we can expect the Abolition of Money to be treated more and more as a serious issue, to be inserted into more and more heads. The great mass of individuals will first ridicule, then dare to imagine (Fantasy is the first act of rebellion Freud), then overthrow.

In the meantime, as well as propagating the notion of a Moneyless World, those of us who see its necessity have a responsibility to sort our own ideas out, in order that we may present an intelligible and principled case. We must stop thinking of the Moneyless World as an 'ultimate aim' with no effect upon our actions now. We must realise that the Abolition of Money is THE immediate demand. A practical proposition and an urgent necessity not something to be vaguely 'worked towards'.

Unfortunately those who want the Moneyless World frequently wade in a mire of mystification. Above all it is necessary to understand the workings of this society, capitalist society (Moscow, Washington and Peking are all in the same boat) if we are to know how to destroy it.

For example there is a commonly held view that Automation is going to settle all our worries, that money will expire automatically as part of a "natural process of evolution". This is quite wrong. As pointed out above, this society only automates to increase profits and for no other reason. Employers even take machines out and put workers back in if they find that labour-power is cheaper. Any gain from automation these days is more than cancelled out by the waste explosion. Do not imagine that the slight increases in living standards of the last twenty years are the beginning of a smooth transition to Abundance. Another huge world slump is approaching.

A different illusion, also popular, is that cash can be abolished by example, by opening giveaway shops or by starting small moneyless communities which are parasitical upon the main body of society. These experiments accomplish little. Those people, for instance, who open stores to give and receive books without payment, face a predictable result: a large stock of lousy books.

These projects stem partly from a belief that we need to prove something. Relax. We don't need to prove anything. The defenders of this insane society, it is they who stand accused, they who have to supply the arguments arguments for poverty and enslavement in a world of Plethora!

Then there is the myth of the small-scale. We cannot go back to being peasants and we should not want to. Keeping several thousand million people alive on this planet necessitates railways, oil wells, steel mills. Only by intricate organization and large-scale productive techniques can we maintain our Abundance. Do not be afraid of machines. It is not machines which enslave, but Capital, in whose service machines are employed. McLuhan represents the beginning of the New Consciousness of man-made artifacts. Computors are warm and cuddly creatures. We will have a beautiful time with them.

Many of the worst errors which retard the development of the New Consciousness, the Consciousness of Plenty, are to be found in Herbert Lomas' piece on "The Workless Society" in International Times 43. This at least has the merit that someone is putting forward a case for the removal of money in specific terms. Unfortunately, they are specific non-starters.

According to Herbert Lomas, a political party is to be formed which will take power and proceed as follows. Useless workers in industry will be gradually be laid off and paid for not working. The process will be extended until money can be abolished. In the meantime, those being paid for doing nothing will do what they like. To begin with many of them might play Bingo; eventually more and more would aim at higher things.

What is wrong with this projection? Many things, but chiefly two. First, it fails to take account of the systematic nature of society. Second, it assumes that present-day society exhibits a harmony of interests.

In the first place, Lomas says: "Why are these people working? They are not working for the sake of production, for the truth is that if they were removed production could be increased beyond measure". He concludes that they are working because of their attitudes, the attitudes of their employers, the attitudes of the rest of society. But the fact of the matter is that these workers are working for the sake of production not the production of goods but the production of profits. The reason why things are "made with great ingenuity to wear out" is not because of the attitudes of the people involved. The management may think it's criminal but they are paid to optimize profits. If they produced razor blades to last for centuries, the firm would go broke. It is not the attitudes which are crucial, but economic interests. If a teetotaller owns shares in a brewery, it does not make booze less potent.

Which brings us to the second point. Today's world is a jungle of conflicting vested interests. The Abolition of Money will represent the liberation of slaves, yes but also the dispossession of masters, i.e. the employing class. We cannot view the government as an impartial panel which looks after the best interests of everybody; it is an instrument used by one set of people to oppress another.

On one point Herbert Lomas is correct. The movement for the Abolition of Money must be political, because when we destroy money we destroy the basis of the power of our rulers. They are unlikely to take kindly to this, so we must organize politically to remove them.

For the moment though, what is needed is more discussion and more understanding. We must be confident that the movement will grow. We must think, argue, and think again but never lose consciousness of the one, simple, astounding fact: Plenty is here. The Moneyless World is not an ultimate millennium. We need it now.
DAVID RAMSAY STEELE, OZ, 1968.
Posted by Imposs1904 at 4:23 PM No comments: