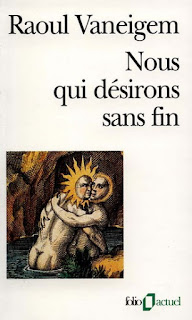 Free Access to What? Some Problems of Consumption in Socialism (2007)

From the July 2007 issue of the Socialist Standard


We say that socialism will be "a society of free access" (see article in last month's issue). However, one obvious but rarely clarified question is: free access to what? Even if everything produced is made freely available to people, how will the range of goods and services to be supplied be determined?

One answer might be: if producing a thing is technically possible and if someone somewhere wants it, then it will be supplied. But most people might feel that a single individual should not have so much leverage over others' work. A rule might be established that a new product will be supplied once a certain number of people have registered a request for it. The number of requests required could vary, depending (say) on the difficulties involved in providing the new product, but also on how essential it was to those asking for it. Thus, specialised medications and prosthetics would surely be prepared even for very small numbers of people suffering from rare conditions – something that capitalist firms are reluctant to do because it is unlikely to yield a profit.

However, it is possible that socialist society may decide, either by a formal procedure or spontaneously, not to produce certain things even if quite a few people want them. Such decisions might be made for a variety of reasons, good and not so good.

Second, the production of certain goods may be judged too unpleasant or dangerous, to producers or to local residents, even after all possible safety precautions have been taken. Consider bird's nest soup, a delicacy treasured by gourmets for its supposed medicinal and aphrodisiac properties. Collectors stand on bamboo scaffolding to harvest swifts' nests from high up on cave walls, at considerable risk to their lives. Capitalism resolves such conflicts of interest in favour of the consumer because people will do just about anything to survive. But members of socialist society, like the wealthy of today, will be free of economic duress: their needs will be met as of right. This will not undermine their willingness to work, but they are likely to be rather picky in choosing the work they do.

Few miners (to take a more important example) will be keen to go on working underground. Whether or not society adopts a formal decision to abolish the most unpleasant kinds of work, people will "vote with their feet". The issue is how society reacts. Unless people can be gently persuaded to continue temporarily with work they want to leave, society may have to accept the situation and adjust to the resulting change in the range of products available.

Free access to outer space?
What about goods that may not be dangerous to consume or produce but do incorporate large amounts of labour, energy, and materials, with a correspondingly large environmental impact? Will socialist society ensure free access to luxury goods like those currently consumed by the wealthy – for instance, the "off road vehicle" sold as a boys' toy by Harrods (see http://www.harrods.com)?

It may be objected that the members of socialist society will not want to ape the lifestyle of the idle rich under capitalism. However, a demand for highly intricate products need have nothing to do with frivolous self-indulgence. It may arise from a spreading interest in artistic self-expression and scientific exploration. There may be numerous amateur scientists clamouring for the latest sophisticated equipment for their home labs. Will socialist society provide free access to electron microscopes? Or to space travel for the millions of people who dream of venturing into outer space? (At present the Russian Space Agency offers trips to the International Space Station for $1 million.)

There is also a class of "locational" goods that can never be supplied in abundance because they are tied to specific locations. Whatever precautions are taken, for example, the number of tourists allowed into nature reserves must be restricted if ecologically sensitive habitats are not to be degraded.

Another knotty question is how the principle of free access is to be applied in the sphere of housing. One of the top priorities when socialism is established will be to replace substandard housing stock so that everyone has access to spacious and comfortable housing. Presumably certain standards will be set for new residential construction – quite high ones, no doubt. But surely the new housing will not be as spacious and luxurious as the most expensive residences under capitalism. People will not have free access to their own marble palaces.

Restricted access?
In short, for certain categories of goods and services free access is bound to be infeasible, certainly in the early stages of socialist society and possibly even in its maturity. The real choice in these cases is between non-provision and restricted provision. So alongside free access stores, there may be restricted access outlets for various kinds of specialised goods, perhaps using some sort of coupon system.

It is conceivable that socialist society will decide that things that cannot – for whatever reason – be produced in abundance should not be produced at all. Such a decision would have obvious disadvantages, but it would preserve the principle of "free access to what has been produced" and avoid the difficult problems associated with restricting access, such as enforcement.

However, we can envision restricted access arrangements that socialist society is much more likely to find acceptable and on which it may, indeed, extensively rely. People may have free access to many facilities at local and regional centres but without the option of taking equipment home. Museums and art galleries that do not charge for entry exemplify this kind of arrangement. Similarly, there could be community centres equipped for specialised cuisine, exercise and sports, arts and music making, and scientific exploration.

There could also be depots where people have access to specialised goods – for instance, do-it-yourself and gardening equipment, and also motor vehicles – on a borrow-and-return basis, as in libraries. The staff at these depots would also maintain the equipment in good working order and provide advice and assistance as needed. This would be much more efficient than keeping machines like lawn mowers at home, where they stand unused 99 percent of the time.


The solution to everything?
To sum up, it would be wrong to play down the scope that socialism offers for the solution of our problems. Enormous resources will be freed up when we get rid of the waste inherent in capitalism. But the new society will face urgent tasks that will also be daunting in their enormity. It is hard to judge which enormity is likely to be the greater. Socialists do not assume that socialism will solve all problems at once, and prefer to think about socialism – and especially about its crucial early stages – in a practical and realistic spirit.