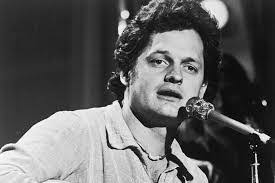 From the October 2004 issue of the Socialist Standard
In the annals of popular music, Harry Chapin’s name is not one that particularly stands out. For starters, a couple of decades have elapsed since his untimely demise and besides, his twelve albums, according to biographer Peter M. Coan, typically gained the ‘anonymity’ of 250,000 sales; no way in the multi-million league of contemporaries Stevie Wonder, Michael Jackson and Elton John. Chapin himself could muster a wry smile at his sobriquet, “Harry Who?”

In truth, Chapin’s music was never designed to be ‘popular’ in the first place. Not for him the trite, maudlin, ‘boy-meets-girl’ mush of mainstream pop. His lyrics were literary, emotional, packed with detailed imagery and ironic twists; his melodies haunting and poignant. And furthermore, it’s generally acknowledged that Chapin could never quite capture on vinyl the warmth, empathy and rapport generated in his live performance. He was a dynamic, ebullient, larger-than-life character, devoutly teetotal and devoutly anti-drugs; virtues somewhat nullified by his being also devoutly promiscuous. He adored his audiences; his audiences adored him.


Chapin’s recordings did nevertheless enjoy some successes. Cat’s in the Cradle from his 1974 Verities and Balderdash album was a US number one hit single. Several others, Taxi and W.O.L.D managed to loiter in the Top 40 charts and What Made America Famous became the theme for the film The Great Divide. Additionally, All my Life’s a Circle rode high in the British Top 10 despite the best efforts of the covering group, the unspeakable New Seekers, to render it unlistenable. Briefly, he was amongst the hottest of America’s musical property, earning around $2 million per annum.
Born in New York City in 1942, Chapin was a relatively late arrival on the music scene, releasing his first album Heads and Tails just prior to his 30th birthday. His earlier career as a film-maker had taken him in 1969 to Ethiopia and it was there that he first encountered the issue of World Hunger. In 1974, a more mature and reflective Chapin again addressed himself to the hunger issue, taking the view that his relative fame and high earnings conferred an obligation to ‘do good’, to ‘improve society’ , to ‘benefit humanity’.
The recent Bob Dylan and George Harrison Bangladeshi hunger concert had raised $400,000 and Chapin quickly realised not only the total inadequacy of this sum in relation to the scale of the problem in question, but also the futility of such one-off gestures. Henceforth indeed, he would rail against what he called the “event psychosis” of American culture and was openly scathing of celebrities who, with motives clearly more to do with advancement than altruism, would latch themselves on to these affairs. Chapin instead sought to identify the root causes of hunger and to this end he affiliated with the Institute for Food and Development Policy, more commonly known as Food First.


Food First
Food First had been founded with the proclaimed aims of highlighting those selfsame ‘root’ causes and establishing food as a fundamental human ‘right’. As sincere and well-intentioned an organisation as it undoubtedly is, an examination of its website (www.foodfirst.org) and in particular its “12 Myths about Hunger”, makes frustrating reading. In brief summary, it rightly observes that “abundance not scarcity best describes the World’s food supply”; many of the “most hungry” countries are in fact net exporters of food. Nobody need starve.

Similarly, those perennial old chestnuts, Nature and Overpopulation are discounted as significant factors in world hunger. In the former, “human-made” forces such as deprivation of land by the “powerful few”, low pay and debt are cited as responsible, whilst in the latter, abundance juxtaposes with hunger even in sparsely populated countries like Nigeria and Brazil. Again, poverty is the governing factor. Those with money eat; those without, don’t.


Foreign ‘aid’ is exposed for the lie it is, operating directly against the hungry. Official government aid serves to impose advantageous trading arrangements and to arm and reinforce repressive régimes. Humanitarian aid, a mere five percent of the total anyway, helps enrich grain companies in the donor countries, undercuts local food production and frequently fails even to reach its intended recipients.
And the culprits in all of this? – the aforementioned “powerful few” – large landowners who “leave fertile land idle”, multinational corporations, World Bank, governments who “obstruct progress”, the “tightly-concentrated distribution of economic power”, a society that places “economic efficiency over compassion”.
In all but name they are describing aspects of the insidious, everyday workings of the capitalist system, but do they recognise it as such; do they draw any conclusions? On the contrary, they eulogise the Market’s “marvellous efficiencies”, arguing that it requires only a wider dispersion of purchasing power to enable it to work towards the elimination of hunger. And how will this dispersion be achieved? Through “genuine tax, credit and land reform”, and by (somehow) curtailing the unlimited private accumulation and unbridled use of wealth-producing property. Food First, sadly, presents as an outfit totally imprisoned by capitalism’s mind-set.
Having boarded, as it were, this rudderless, leaky vessel, Chapin set off, at full steam, on a voyage of campaigns, fund-raising and lobbying. He founded his own resource organisation, World Hunger Year (WHY), pretty much along the lines of Food First, financing it personally through a series of benefit concerts that would continue for the remaining years of his life.
Aside from the global issue, Chapin was outraged to learn that 25 million of his compatriots suffered malnutrition, that one quarter of all tins of pet food were purchased by impoverished elderly Americans and of an instance where institutionalised youngsters had supplemented their meagre diet with paint peelings, contracting lead poisoning in the process.
To highlight this, he organised a Congressional vegetarian Thanksgiving dinner co-sponsored by Senator Hubert Humphrey and Representative Tom Downey (both doubtless delighted to add a bit of “compassion” to their political CVs), and subsequently berated his motherland in the autobiographical 14-minute epic, There Only was one Choice:

Step right up Young Lady,Your two hundred birthdays make you old if not senile,And we see the symptoms there in your rigor mortis smile,With your old folks eating dog food and your children eating paint,While the pirates own the flag and sell us sermons on restraint.

Chapin persistently lobbied Congress, making a gruelling series of visits to Washington DC, becoming sufficiently well-known and informed to testify, successfully, before the House Committee on Oilseed and Rice, on a bill to outlaw price-fixing by growers.

Following this, he focused on a bigger prize – a Presidential Commission on Domestic and International Hunger. This was actually set up in February 1978, but thereafter it was all downhill. The Commission’s 20 members had initial difficulty even agreeing that hunger and poverty were actually linked and its final report in October 1980 was an assortment of palliatives and platitudes; that token increases in non-military aid be made and encouragement given to “self-reliant growth” and “a more equitable distribution of land . . . etc”. Carter’s Commission had been, in reality, a sop; a buy-off, much akin to Nixon’s previous 1969 effort.


After the election of Reagan, Chapin tried to woo fresh backers in the new Republican-dominated Congress, performing a May 1981 benefit to publicise the legislation and attempt to lobby it into law. The situation was, however, truly forlorn and with his own rather horrendous death, aged 38, a couple of months later in a Jericho, New York road accident it really was the end; the final nail in the coffin, metaphorically – and literally.


Vainly striving
It would be reprehensible to sneer at Chapin, at Food First, at the myriad worldwide charities and organisations all vainly striving to address and redress the countless oppressions and outrages that abound. Such activity is testimony to the highly social nature of the human species even in that most unpropitious, cut-throat of environments – capitalist society.

In the course of history, various socio-economic systems have, for many centuries at a time, prevailed. Primitive tribalism gave way to classical slave-based society which in turn was superseded by feudalism before it was itself supplanted by capitalism some 300 years ago. Capitalism is, therefore, a relatively recent incursion into human affairs. It features ownership of the means of living – the land, factories, etc. by a tiny parasite minority, the capitalist class – Food First’s “powerful few” – and production for profit rather than the fulfilment of need.


As a system, it did serve the vital function of developing society’s potential productive capacity to a level at which global need could be satisfied. This role was however accomplished around a century ago and capitalism, as is manifestly obvious, has since been a constraining influence upon further human advancement. To accept that it is here to stay is to demonstrate not only a slavish mentality but an ignorance of historical reality. Contrary to what “thinkers” like Francis Fukuyama and his ilk would have us believe, history has not ended. How could it? Have the clocks ceased to tick?
Food First and the others have yet to grasp that their own activities, however benign, in helping offset the privations that are the inevitable consequence of capitalism, actually serve to prolong the very conditions they seek to alleviate. Capitalism can only function in one way – the inexorable pursuit of profit. Large landowners do not wantonly “leave fertile land idle” nor governments gratuitously “obstruct progress”. In specific, transitory circumstances where adequate profits cannot be realised, then crops will not be grown (or alternatively, be stockpiled or destroyed), and governments, as the agents of the dominant class, simply help facilitate this process. The plain incontrovertible truth is that there is but one root cause of world hunger and that is capitalism.
Thankfully, an altogether grander option is available. Try this for size – a truly democratic, classless, moneyless, global society in which the consumption of food would not be a ‘right’, (which requires both a bestower and a recipient), but an act as spontaneous and natural as the drawing of breath; a society in which access to clothing, housing, transport, leisure, all the requirements for the leading of a full and fruitful life would be freely and instantly available; a society of communal ownership, liberated from exploitation, from alienation, from tyranny both terrestrial and celestial.
And the downside, the catch, the ‘small print’ to this seemingly fabulous arrangement? Simply that the members of that society contribute their sundry energies and skills to the common pot; or as Karl Marx succinctly put it, “From each according to their ability, to each according to their needs”. In short, a socialist society.
For this to become reality requires only that the overwhelming bulk of the majority working class recognise both its practicability and its achievability; that as they currently run society from top to bottom in the capitalist minority’s interest, then they could equally be running it in everyone’s interest and take the necessary political action to bring it all about. Humans are, after all, naturally gregarious, industrious and co-operative creatures.
Harry Chapin exemplified this. Heart firmly pinned to his sleeve, he responded in the best and only way he knew to the obscenity that is world hunger. Ever-generous both with his time and his wallet he was, in Coan’s words, “almost broke” at the time of his death. It is tragic that he was never able to make that leap of the imagination (or take the short single step through the Looking Glass), to realise that however much the capitalist system is tinkered with, it cannot be made to operate for the benefit of humanity at large. Lock, stock and barrel, it has to go.
Chapin will, notwithstanding, be quietly remembered not only for his fine musical legacy but also as a caring, committed and courageous figure. He could have made one helluva Socialist.