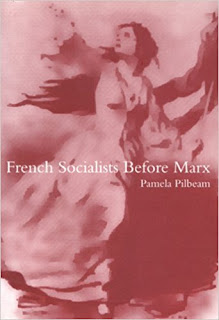 Book review from the January 2002 issue of the Socialist Standard

The emergence of the new Labourite and general European "plural left" in politics of the late 20th century has resulted in the rewriting of the history of working-class politics. No longer seen as a linear history, the "rise of the Labour Movement", "socialism" so-called is now deemed a cyclical rise and fall of various progressive trends in which state intervention was only one option. This view, it is true, has been expressed ever since the disappointments of state ownership sent Labour politicians back to the drawing board in the 1950s and 1960s.

In recent times, however, with the conclusion of Labour's shift from the left, the search has been on for a new historical tradition for British capitalism's new political elite. Throughout the 1990s many books and pamphlets on this theme culminated in the will-o'-the-wisp that was the Third Way but still the output of the reformers-turned-reactionaries trundles on, the lack of any content beyond the oft-repeated mantras being no bar.

Pamela Pilbeam's recent book on early French socialism falls into this bracket, despite offering some original historical insights. The book's aim is clearly laid out as being to assert "the vitality and relevance of plural socialism in the first half of the 19th century, to show that the social question was addressed by a range of methods and led to a variety of milestones, but the underlying goal was to make society fairer", slap in the middle of the aforementioned revision.

Pilbeam goes to some lengths to claim the utopians and social radicals of early 19th-century France in the "socialist" camp, against a body of historical opinion that rightly has defined Saint-Simonianism, Fourierism and other schemes of social improvement as too vague to even be termed "socialist" (meaning reformist). This amorphous section of social reformers, claimed as socialists, were apparently held together by "the same initial starting point, the 1789 Revolution; a belief in the value of education; the need to improve the legal and educational status of women; address contemporary employment problems through co-operative, no capitalist, enterprises, and above all, take concrete actions to attack the social question. Many also had profound religious convictions."

There certainly were many early or proto-socialists in France in the period covered by Pilbeam's book (1820s to 1840s) but they were not "before Marx"; they developed at the same time and influenced his political development; they were not utopians or reformist tinkerers, they were revolutionaries who talked of the class struggle and working-class emancipation. Of these revolutionaries there is little said, except in reference to the Babouvist tradition of revolutionary violence (which was indeed prevalent although later rejected by Marx).

There are positive sides to this work, however. It serves to confirm Fourier as a utopian crackpot despite the author's best efforts and provides a good account of the roots of the politics of working-class reformism and - its most original contribution - serves to highlight the role of women in the movements which, however incomplete, were reactions against the onslaught of industrial capitalism. For the 21st century, however, it is Marxian contributions to socialist analysis, rather than the utopianism and reformism of Fourierism and Saint-Simonianism, that offers the way forward for the working class.