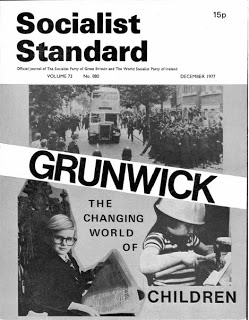 The shyster practising the three-card trick at the fairground or other places where a few simpletons are gathered together usually commences his spiel with: “I have nothing in my right hand, I have nothing in my left hand”—and suddenly out of his midriff he produces the ace of spades. Having thus gained the interest of his audience he invites them to “find the lady”. His accomplished hands move three cards around on a table as fast as the eye can see, and then he’ll lay even money against you spotting the queen. As professional shysters generally speaking gain their livelihoods at this kind of thing, there is little chance of anyone getting the better of them at their own game. The lady, alas, is never where she ought to be, and those whose money has gone from their pockets into his are definitely sadder, wiser and poorer men.

Heaven forbid that we should describe our Chancellor of the Exchequer, Denis Healey, as a shyster —he is nothing of the kind. He operates within the law whilst shysters do not. He receives the approbation of wealthy and respectable people, and no shyster surely would receive that. Also, shysters do not have sizeable estates in the country. Their scale of operations is minute, as they only deal with small fry. Our Chancellor is a man of honour, and his dealings with the working class should never be placed on a par with our fairground charlatan.

However, there is one thing our Chancellor and our shyster have in common, and that is the ability to play tricks on people; to deceive them; to present an illusion where things are not what they appear to be. As everything done by Healey is done in the most reasonsable arid refined manner, and in full vision of the public, it would be wrong to say that he practises deception.

TUC — graveyard of unity
In his 15th budget since Labour took office in this parliament, Healey on 26th October increased the personal Tax allowance by 12 per cent. This meant, according to our best newspapers, that some workers would receive £1 extra each week. But hold on! The rate of inflation, or the fall in the purchasing power of money, for which Mr. Healey’s Labour government is directly responsible, has been over 13 per cent. over the last twelve months. All that Healey has done is to return to the workers a tiny fraction of something previously derived from them. That graveyard of unity, the TUC, consider that this was a benefit for the lower-paid worker. This lickspittle institution never tires of telling the workers that a Labour government is God’s gift to the working class and they ought to be grateful for it, even with 1,600,000 unemployed.

This resembles the man and his dog who got lost in the forest. There was no food to be found and the man was very hungry. He looked at the dog and for the first time noticed that it had rather a long tail. After some misgivings (being an Englishman) he cut off the dog’s tail and made a stew of it. After eating, he threw the bones to the dog. Never in the history of canine loyalty was there a more delighted dog—it felt it had the best master in the world.

For the working class to ask for a bigger share of its own product is to ask for charity. Why should the workers allow themselves to be dependent on the goodwill of well-fed, well-breeched politicians, whose future is assured as well as their prosperity by the useless parasites who pay them well for the dirty work they perform?

It is easier to get rid of them both than to live with them. That is what Socialists have been saying for years. We deserve your support, and we shall get it when the workers decide to get up off their knees.