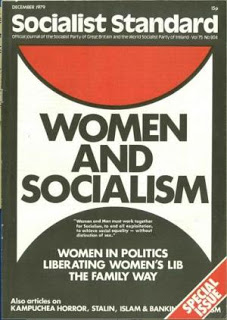 I often wonder why those two-legged creatures slavishly toil their lives away in factories, mines, shops, offices, and fields in order to make their masters rich. What reward do they get? The poor wretches at British Leyland have now voted about throwing 25,000 of their fellows on the scrapheap; while British Leyland are to donate to Captain Mark Philips and Princess Anne £18.000 a year, the loan of £5.000, the free use of a Land-Rover and horsebox, as a sponsorship of their equestrian hobby.

Of course, as Major General Jack Reynolds of the British Equestrian Federation points out: “The sponsorship is done in such a way that the person himself doesn’t financially benefit by one penny. The money goes to the horses.” He thought that £3,000 a year was “about right” for the cost of maintaining a horse, which shows how partial these capitalists are to us of the equine species compared to their workers. Many humans labour hard and long all week to receive a take-home pay of less than £3,000 a year to keep not only themselves but also their families. And a worker put out to grass after a lifetime of faithful toil receives only £23.30 a week to keep body and soul together. Indeed, it is incredible how many of this ingenious, inventive, adaptable, hard-working class live, breed and die under conditions no self respecting horse would tolerate without kicking hard and often.

We horses do not wear ourselves out with work. We have valets and grooms to rub us down, brush and comb us, exercise us, clear up our excrement and place fresh bedding in our warm, dry stables. A veterinary surgeon is on hand for our slightest wheeze or limp. When we parade in public we require ten or twenty thousand men and women to stack themselves up on uncomfortable seats and admire our feats of running and jumping. The most illustrious who wish to mount us must first fawn and fondle or else we buck and rear. If one of us carries a royal rump and there is a call of nature—then nature calls! It is said a forebear of mine at Ascot—and my pedigree is more certain than many an heir to a capitalist fortune or the scion of a noble family—launched a kick at a crowned monarch because he did not like the looks of her head. Her royal majesty, who adores horses, murmured an apology and withdrew.

Shame on you biped workers for meekly producing wealth and luxury for the capitalists when you could take control of the means of living and work instead for yourselves and each other! Surely this would be preferable to an existence where you are valued as less than a horse?
. . .  as told to Alice Kerr
Posted by Imposs1904 at 10:22 AM