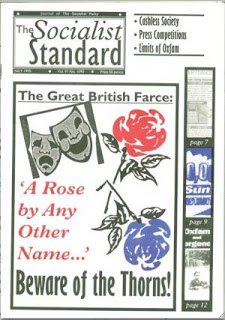 
Everyone (or nearly everyone) agreed that Mr Thomas was getting a well-deserved holiday — but how on earth would they all cope without him . . . . ?

Josie told me the news when she came upstairs to help me with the beds. Mr Thomas, the owner, was going to the Bahamas for a month's holiday and the staff were in a ferment over it. How would they manage without him? Whom would they turn to in a crisis? We worked quickly while we talked, dragging the sheets off the beds, replacing them with clean ones, washing up the tea trays, scouring the baths, making sure the pubic hairs escaped down the plug holes, vacuuming the carpels, cleaning the mirrors. Josie was a trifle breathless because she had been serving breakfasts in the dining hall since seven.

I dared to suggest that the staff would run the hotel in exactly the same way as they did when Mr Thomas was here, but Josie saw this as a criticism of Mr T. Her mum had told her that she should be grateful to him for giving her the opportunity to work, that he had brought jobs to the tiny market town of Stoppham and that it was kind of him to do this

Josie asked me if I remembered the time that Cook was off with her leg. Chef, under pressure with all the extra work, had thrown a joint of meat at one of the waiters (followed by the carving knife) and Karen, the washer-upper, had offered to rescue it from the grimy floor and give it a rinse, but Chef, still in a rage, had declared that he didn't give a toss and insisted on serving it up to the customers with bits of hair and fluff clinging to it, so the waiters didn't get any tips that day. And there was that Sunday morning (a time when Mr T. was absent) when a guest had asked Flora, a chambermaid, to take a photograph of him with his camera. The problem was that he had just that minute emerged from the bath and had a towel around his waist, and how was Flora to know that he would let the towel drop as soon as she aimed the shot. Result: A tearful young woman sobbing that she sometimes wondered if it was all worth it for under two quid an hour.

I remarked to Josie that we could all do with a month off instead of having to take a week here and a week there, never feeling any benefit from a few days away from The Madhouse. Josie was silent for a few moments as she scrubbed the loo seat with the washing-up cloth. “Well, I think Mr T. needs a complete rest. I mean, he does have the responsibility of everything!” She dumped the dishcloth back into the basin with the cups and saucers and squirted in about half-a-gallon of washing-up liquid. “He’s good really. D’you remember that time I smashed a television screen? He didn’t dock it out of my wages or anything.” I reminded her that he had actually said that he would and she had worried about it for weeks and, in any case, if he had docked the amount she wouldn't have had any wages for months. Rather like the time I went into work with the 'flu and he looked at me kindly and said “Heather, I don’t like to see you looking so ill’’, so I took the rest of the day off and he didn't pay me for it.

Josie was eternally sympathetic over Mr T's finances. She said we shouldn’t get paid if we weren't there to do the work. “There’s no sentiment in business, is there?” I suggested that without us he wouldn't have a business. Josie’s eyes widened. “He doesn't need us, he could get plenty of other people to do the work. It’s a good thing there are people like him prepared to take risks with their money, making work for the likes of us ”

“Let’s have a tea break,” I said We each sat down on a comfortable plush chair and swung our feet onto the bed, a fag in one hand and a cup of tea in the other. It was a hot day and we were both sweating profusely, perspiration trickling from our armpits, leaving soggy patches on our ugly, nylon overalls. I said suddenly, “What about if the wages system was abolished and everyone agreed to co- operate, working for perhaps a couple of hours a day, everybody doing what they're capable of.” Josie was aghast. “Me work for nothing. No bloody fear.” I had to say it: “You already do . . . for next to nothing!”

In the days that followed the workload at The Madhouse increased and tempers got shorter. The Trainee Manager began to see his boss's absence as a good opportunity to relax a little, so he infuriated the staff by strolling around in his best suit with his hands in his pockets. Chef gnashed his teeth and muttered curses under his breath as he chopped the steaks. Yvette, the kitchen maid, had a heavy cold and was severely admonished for sneezing on the sandwiches she was preparing, while Karen, the washer-upper, cast off her rubber gloves and gave in her notice. But Cook was heard to say “Good luck to Mr T.—if anyone deserves a holiday, he does.”

I heard all this from Josie when she came up to help me with the bedrooms. “I’m glad to get out of it,” she told me, and just think while all this is going on old Thomas is lying on a tropical beach sunning himself.” My comment was that she'd obviously changed her tune. Josie pouted, “Well, I’ve been thinking about that week I took in Yarmouth when it rained every day.”

Changed her mind
But gradually the tensions eased. Oh, the workload was just as heavy but the staff became used to Mr T. being away. I heard that some people even cherished thoughts of him never coming back. And I came into Reception one morning and heard voices raised in song coming from the kitchen. 1 thought, they wouldn't have done that if Mr T. had been there. Karen had changed her mind about leaving because Chef had been instrumental in getting the washing-up machine repaired. (Mr T. had been dragging his feet over that for some time ) Yvette had been told to go home and nurse her bad cold but returned to work the next day looking quite cheerful and the Trainee Manager was persuaded to pay her for the day she was absent.

"The thing is," Josie told me as we checked through the laundry list, "the work goes much more smoothly in the kitchen when there isn't anyone there to spy on us. and old Thomas is always popping up and interfering with everything. He gets on Cook's nerves, she’s been here for thirty years and yet he still tries to tell her what to do.” "And," she added, “I know they all sound as if they hate each other but you know some of them have worked together for years and they’ve got a sort of understanding, if you see what I mean. " I did.

Mr T came back from the Bahamas looking very sun-tanned. He went into the kitchen and beamed at the members of staff. I think he was somewhat surprised because the greeting he got wasn't quite what he expected. It’s true everybody said "Good morning” and, as usual, Chef consulted with him over the day’s menu, but on the whole people had rather forgotten him. Though to be honest I was disappointed to hear Cook say, "Well, I must say, Mr T. looks a treat, the rest has done him good.”