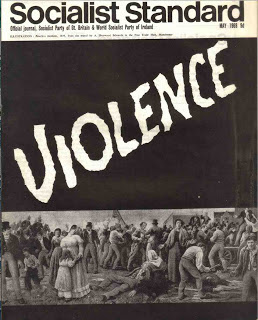 A few days after resigning from her job as community relations officer for Oxford, Ann Dummett wrote in the Sunday Times:


A few years ago the struggle was against hypocrisy and apathy. Now it is with open and unashamed racialism.

Anyone who observes the political scene in Britain knows that this bitter indictment is only too true, and that racialism has been growing, in the open and with official encouragement, for longer than a few years.

To take just two examples of this. Not so long ago— during the 50s, in fact—there were no official figures distinguishing 'coloured' immigrants into this country from the ‘white’ ones. Unless they came from outside the Commonwealth, immigrants were entitled to free entry and did not have to register, as aliens had to. Thus the numbers of Indians, Pakistanis, and West Indians could only be estimated. Now all that has changed. Taking away the legal rights of entry has made it possible to treat 'coloured’ immigrants as a separate group so now there are all sorts of figures on them; for example Norman Pannell, the ex- Tory MP, in his contribution to the book Immigration: What is the Answer, was able to draw on statistics about the levels of crime, disease, and overcrowding among the coloured immigrants.

Secondly, racialism has become a political issue extending far beyond the fringe organisations like Union Movement and National Front. Now, both Labour and Conservative Parties are in broad agreement on racialist policy and are engaged in an auction for the racialist vote among the working class. Before the 1964 election, neither party mentioned racialism in its manifesto, except to condemn it in other countries. But this is what they have had to say since then:

This march towards racialism has been helped by periodical eruptions of emotion and prejudice calculatedly incited by speeches from politicians who have made their name in the field; men like Cyril Osborne, Duncan Sandys, Enoch Powell. But the more significant development is the open, official approval of racialism. It was not always so. During the war, the British propaganda machine was compelled to expose the Nazis’ racial theories, which meant that there were official films, leaflets, and the like which scientifically disposed of the racist’s myths. And of course the popular press lost no chance of reminding their readers of the victories of Jesse Owens in the 1936 Olympics at Berlin and of Joe Louis battering the German Max Schmeling to defeat in the first round.

This sort of propaganda probably nurtured the British workers’ complacent assumption that, even in the act of discriminating against, and patronising, foreigners, they were really being tolerant. (And what assumed superiority there is in that very word tolerant.) Perhaps the Liverpool taxi driver quoted by Michael Banton in his essay in Colour in Britain is as near typical as anyone could be:


I'm not against them in any way . . . I’ve met some very nice coloured people, but with respect to intermarriage, I think I’d draw the line there. Whites can marry whites and coloured can marry coloured as far as I’m concerned . . .

It was precisely this sort of ’tolerance’ which, when the Commonwealth immigrants began to come in in increasing numbers during the late 50s and early 60s, turned sour. In December 1958 there were an estimated 210,000 coloured immigrants from the Commonwealth in Britain; by the end of 1963 this figure was up to about 750,000. Many of these concentrated at first in the areas like Moss Side in Manchester and Brixton in London where many coloured people were already living. But soon they began to settle in other places like Southall and Smethwick. Here, the chronic problems and shortcomings typical of capitalism—bad housing, inadequate hospitals, precarious social services —were bound to be aggravated by any large-scale immigration, no matter where the newcomers came from. Tolerance’ was seen to be under irresistible pressure.

It seemed that some sort of colour-bar legislation was inevitable. The campaign for this is usually associated with the Tory MP for Louth, Cyril Osborne, who did keep up a running barrage on the subject and who, after the success of his campaign, was knighted. But the first demand in parliament for restrictions came from a Labour MP— John Hynd, who had been a Minister in the Attlee government—in 1954.

The 1958 riots in Notting Hill and Nottingham seemed to react in the immigrants' favour but this was only a temporary diversion of the main stream. In 1959 the Brixton Tories published a leaflet which advocated discouragement “by every possible means” of West Indian immigration and attempted to link coloured people with crime and overcrowding. In June 1961 a Gallup poll estimated that six per cent of people were in favour of a complete ban on further entry and another 67 per cent of restricting entry.

In this situation a capitalist party, if it is to keep a grip on its votes, must act—or perhaps react is a better word. In November 1961 the Conservative government introduced the Commonwealth Immigrants Bill which, because of fierce opposition from the Labour Party in the House, did not come into force until June 1962. Although Tories like Osborne and Pannell welcomed the Bill there were others who were uneasy; Iain Macleod, for example, said that any such measure would be "extremely distasteful".

Compared to some of the measures since taken by the Labour government, the Commonwealth Immigrants Act (1962) was a mild and liberal affair. It imposed a system of work vouchers but left the numbers to be issued at the discretion of the government. Wives and children—and fianceés and fiancés—were freely admitted. The Act did not apply to the holders of British passports, nor to the Irish Republic—in other words it covered only coloured immigrants.

The Labour Party, led by Hugh Gaitskell, sailed into action against the Bill. They were not, be it noted, unanimous. Marcus Lipton, the Labour MP for Brixton (where he was said to be popular among the West Indians, but where the Tories had issued that leaflet) introduced an amendment to stiffen the Bill, requiring intending immigrants to produce evidence of satisfactory accommodation to come to. And Labour could muster only a very poor vote on the third reading.

It seems that Gaitskell thought he was on to a good thing. The Labour Party was still recovering from the shock of their defeat in the 1959 election and the Labour leader was anxiously trying to find some fresh voter appeal. It was useless for the Labour Party to talk about unemployment and nationalisation to workers who couldn’t hear them because of .the noise of motor-car engines and washing-machine motors and pop music on the telly. These were the issues which Gaitskell hoped to make into vote winners, when he spoke to Labour’s inquest conference in November 1959:

The Labour leader thought that racialism would fit very nicely into this scheme and that a fight against the Commonwealth Immigrants Bill would bring a rich harvest of votes. He had always been noted for being out of touch with the latest in working-class delusions.

Gaitskell got a good press for his scornful attack on the Bill. "A plain anti-colour measure" he called it; “Some Fascists would claim this as the first victory they had won." And he ended up with an appeal to the government to drop this ". . . miserable, shameful, shabby Bill." The Labour benches were in ecstacies; when Cyril Osborne spoke they jeered him: "You are Mosley’s deputy—colour bar—keep Britain white" and when Patrick Gordon Walker (of whom more later) moved the Bill's rejection, describing it as ". . . barefaced, open race discrimination" they gave him loud and prolonged cheers. One Labour backbencher —George Pargiter, MP for Southall (of whom, again, more later) attacked what he called ". . . one of the most illiberal acts of modem times."

Despite this quixotic opposition, students of the inconsistencies of capitalist political parties were not surprised to find, when the Act came up for renewal a year later, that the Labour Party had changed its mind. Although they found an excuse, in the old tradition of parliamentary shadow boxing, to vote against the continuance of the Act, they had decided to accept the principle of restriction —indeed, if the government had agreed to consult the Commonwealth on the matter, Labour would have voted for the Act’s continuance.

Pargiter, for one, was clearly becoming uneasy about his chances of holding on to his seat. In the debate on renewing the Act he said that "immigrants should be told they cannot go to places which are already overcrowded—which really means that something like South Africa's Pass Laws should be applied to coloured workers—and when he came to it he abstained from voting against the Act. Pargiter later explained that he ". . . felt a vote against the Act was liable to be misrepresented by my opponents in Southall. . . " a blatant piece of vote-catching which did not deter him from also saying that he had abstained on moral grounds, that he had “. . . exercised my right on grounds of conscience not to take part in the vote." (Middlesex County Times, November 30, 1963).

This was typical of the confusion and cynicism on the slippery, sickening road to the 1964 election—the first in Britain in which race placed an important part. In places like Southall Labour, under pressure from the Tories on immigration, did badly and in some of the seats they lost —Eton and Slough, Perry Barr—this could have been decisive. In another it was not only decisive but it dominated and distorted the election and had the triumphant Tory workers baying like wolves as the returning officer declared that their man, Peter Griffiths, was the new Member of Parliament for Smethwick.
Ivan

That's the May 1969 Socialist Standard done and dusted.