Notes by the Way: Emigrants to Australia (1947) 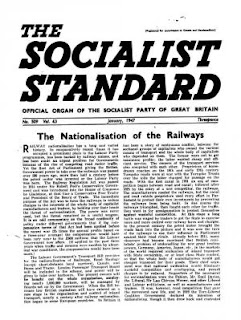 Emigrants to Australia
The Sunday Express announces that the first party of 200 building workers have left for Australia under the Government emigration scheme. “Their wages will range from £5 14s. a week for navvies to nearly £8 for bricklayers, carpenters and plumbers.” (December 1st, 1946).

A writer, signing himself “A Colonial,” wrote to the Manchester Guardian (October 21st, 1946), about the miserable experience of the emigrants who left this country after the first world war: —


“Sixteen years ago there was a serious housing problem in Australian cities. Rents were exorbitant, the average rent for a three-roomed flat being £2 5s. weekly. I saw the unemployed sleeping in the parks and kicked out of the way by the police, prostitution rampant in the streets, quite truthfully thousands waiting to be interviewed for some paltry job, and families living in wind-shelters in the Sydney domain.”

This followed an earlier letter in which a Mr. Powell, writing from Sydney, had drawn attention to the present desperate housing conditions in Australia and had hoped that the new settlers might not have the bitter experiences that he and others had between the wars.


What Price Peace ? The Labour Party and Conscription
The Labour Government is introducing conscription, in peace-time, and after the second war to end war. On April 25th, 1939, the National Council of Labour issued a statement protesting against the Conservative Government’s decision to introduce conscription in peace-time in defiance of the pledge given by Mr. Neville Chamberlain, Conservative Prime Minister. The following is an extract from the Labour protest : —


‘‘The National Council of Labour . . . recalls the Prime Minister’s pledge, renewed as recently as March 29th, that the Government would not resort to conscription in peace-time. . . .
The Council reaffirms its uncompromising opposition to conscription.” (Labour Party Conference Report, 1939, p. 23).

Lord Shaftesbury on the Labour Government
In 1842 Lord Shaftesbury, the Tory advocate of legislation to restrict hours of work in factories, was up against the opposition of the Tory Prime Minister. Sir Robert Peel, who constantly harped upon the necessity of doing nothing to interfere with trade. In view of the present obsession of Sir Stafford Cripps and other Labour Ministers with the “export drive,” and with the need to put off the claim for shorter hours, Lord Shaftesbury’s words have a very pointed application to them. Shaftesbury wrote: —


“His course on the Ten Hours’ Bill was taken as the test and measure of his sympathy for the operatives of the kingdom; his perpetual talk of ‘imports and exports’ (his mind and heart never entertain higher projects in the responsibilities of government) does not deceive them, for they know full well that a brisk trade would not bring them a bettered condition” (quoted in “Lord Shaftesbury” by J. L. and Barbara Hammond,'p. 86)

We now await from the Communists an explanation of their claim that free speech exists in Russia, in face of the fact that opposition parties, opposition papers, opposition candidates and opposition public meetings are all forbidden in that country.


India Changes Masters
The News Chronicle (November 22nd, 1946) quotes Pandit Nehru, the self-styled Indian ‘‘Socialist,” as forecasting that his Party will set up a “Socialist Republic of India.”


“Pandit Nehru, Vice President of the Interim Government, warned rioters here to-day that they would be fired on and bombed from the air if necessary. The Government, he said, would show no mercy.” (News Chronicle, November 5th, 1946).