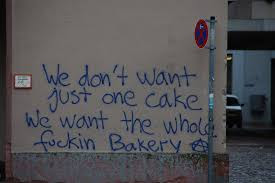 From the June 2019 issue of the Socialist Standard

Our approach to the European elections was the same as our approach to national elections, which is that we would take our seats if elected, but we would use it as a platform or tribune to advocate solely for socialism.

The limited freedom of movement that the EU has afforded some workers is one of the few benefits of EU membership for ordinary people; but let’s also remember that the EU is preventing freedom of movement elsewhere, effectively drowning refugees in the Mediterranean. The question of who ‘we’ (i.e. capitalists) will find to exploit if EU workers are not here is not our concern as socialists representing the working class. We want a world without any exploitation.

What exists today is a limited political democracy (although elections are massively subverted by donations and vested interests). But there’s no economic democracy: we must all work for an employer who will exploit us, or we will starve. And no democracy in distribution – 8 men have as much wealth as half the world’s population. So we need a truly democratic society where ordinary people control production and distribution.

We are a party with a fully democratic structure that reflects the kind of society we want – no leader, run by members, no personality cult.

We have no intention of trying to reform capitalism, an approach that cannot work. We don’t advocate a mere ‘reorganisation of poverty’. We live right now in a society of potential abundance. Therefore we don’t need a system of rationing, which is all that a money system is. We need to unlock the wealth that is being kept from us and use it to transform society.