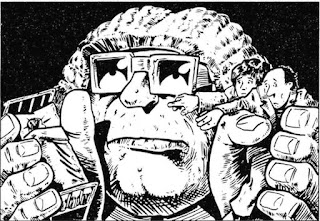 May I, through your journal, make a few observations on the subject of surrogate motherhood?

No sooner had a mother given birth with the intention of selling the child for a pre-arranged fee, than the deeply embedded sense of "morality" so prominent a feature of many of our parliamentary representatives has been disturbed. Kenneth Clarke has chosen to speak for all of us with his expression of "general distaste" at the notion of paying an agency to arrange such services, and Sir Bernard Braine is applying pressure to outlaw commercial surrogate motherhood.

How shocking it must be to these champions of capitalism to conceive of people who would buy and sell human life in the market place! Is it not logical under capitalism that a member of the working class might seek to widen the scope of that one commodity she has at her disposal — the ability to sell her labour? And is it so surprising that an agency is in existence to market the product of that labour effectively and profitably? Are these not merely superb examples of entrepreneurial initiative and keen business acumen, qualities so beloved and so actively encouraged by our Prime Minister?
Tony Dobson
London SE6

Reply:
We well understand your suspicions regarding the sincerity of the utterances of those champions of free enterprise who see in surrogate childbearing, with or without payment, some kind of threat to their control over established double standards and imposed pseudo ethics and morality. This aspect has obviously engaged their attention to the exclusion of extolling the virtues of entrepreneurial initiative — their normal response when profit is made out of emotions. From their cynical standpoint, there has to be a concept of “the values of the traditional nuclear family": they are compelled to uphold the myth of "the sanctity of motherhood" and to try to separate this role from the normal workings of the market economy.

These staunch and vociferous defenders of "the civilising effect of natural maternal/filial bonding" within the social and economic structure they dominate, are also saying a good deal about their determination to maintain the male-dominant role within this arrangement There is also, of course, an anxiety to retain control over all aspects of fertilisation and childbearing and to keep women in a subservient position: "We will protect you, we know best”.

We are entitled to suspect their motives and sincerity and to view with some cynicism the well publicised outcry against the women and agencies involved. Firstly, because the double standards ensure that in the "developed world" (but not in the Third World) most working-class women and their children are protected against unauthorised, unregulated exploitation so as to leave the way clear for authorised, regulated exploitation within the economic and social slot assigned to them; namely, as profit- or gun- fodder. If any reader doubts the existence of this double standard, just consider the lengths to which governments will go to pay women to have more children to serve the employers and the state when the reservoir of wage-slaves looks like getting too low, when the birth-rate falls below the level of projected needs. In one sense, all these mothers are acting as surrogates for the "motherland purchaser". In state capitalist Russia, the "purchaser" even awards medals as well as cash payments to such “hero-childbearers". France similarly had a low birth-rate panic and upped the maternity and child allowance to an unprecedented high rate as an inducement. In state capitalist China, on the other hand, the state's requirements are such that couples are restricted to only one child and financially penalised and socially ostracised should they dare to have more. Enforced sterilisation and vasectomies allegedly perpetrated in India say less about the sanctity of motherhood and more about the inability of capitalism to provide for even the basic needs.

Secondly, while such cynical manipulation goes on, the guardians of the western world's morals indulge in their ethical acrobatics ("we must consider the best interests of the child") and ignore the sufferings of thousands of children who are still covertly sold into slavery and child-sex markets and the thousands more overtly sold into low-pay or no-pay sweatshops, agricultural labour camps and the like, all in the name of commerce, and where investment documents have unwritten clauses — "no questions asked". Declaiming the dignity of "natural motherhood and the family", they are able at the same time to ignore the indignity of the abject poverty of parents with little choice but to suppress their protective impulse and let their children go.

Compared with the incalculable number of "normal" everyday obscenities, affronts and batterings endured by workers and their families everywhere ("Hospital facilities for new-born sick babies totally inadequate . . . Doctors alarmed by low funding and low priority for post-natal care', reports Department of Health " Daily Mirror, 22 February) and with the constant pressures on workers trying to maintain decent living standards against all odds ("Surrogate mother agrees to hand over baby for cash to furnish home"), this particular woman's actions and the destiny of her baby are the least pressing of the problems which need to be addressed by the working class. The predictable response to this event obscured the real issue and the ultimate responsibility we all share for permitting such a sick, pain-racked, money-dominated system to continue. Adept though capitalism is at distorting and perverting humanitarian and socially beneficial responses, truth will out — and each exposure of its real nature serves to number its days.
Editors
Posted by Imposs1904 at 3:29 AM

This letter to the Standard was prompted by the furore surrounding Kim Cotton, who was Britain's first Surrogate-Mother-For-Cash. Trust me, it was a big, big story in Britain back in 1985.

In the letter, I provided a link to a BBC video article where she discusses the matter decades later, but you can find numerous articles surrounding the story on the internet.