America Land of Millionaires and Poverty (1945) 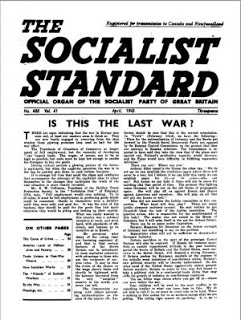 Editorial from the April 1945 issue of the Socialist Standard

The illusion still persists that capitalism is all right provided it is run on proper lines, “proper” meaning the way it is done in some ether country. U.S.A. has often been paraded as the land of successful capitalism, high wages, no unemployment, no poverty. Below are some facts about that country of opportunity.

"Another bold plan for wiping out all slums in the United States will be introduced in Congress within the next few days, and it is believed that it has a good chance of being passed.
The plan would provide 110,000,000 dollars (about £22,000,000) annually in Federal subsidies for public housing in both cities and rural areas, where, although it is not generally known, some very bad slums exist."— (New York Correspondent of “Manchester Guardian.” March 6th, 1945).

And here are some extracts from “The Rest of Your Life," by Leo Cherne, secretary of the Research Institute of America, based on an official census. They were reproduced in the “Daily Mail" (February 23rd, 1945). First the towns:—

The "Daily Mail" quotes Cherne as saying that in 1944, two million people in New York City alone were living in tenements that were officially condemned 60 years ago, in 1885, as "foul, unsanitary, and unfit to live in."

Then the farming people of the countryside:—

Something has to happen in America, Cherne declares, because if after war the nation does no better than it did in 1940—its best-ever peace-time year—between 10,000,000 and 15,000,000 Americans will be without jobs.
In 1940, despite vast civilian output, one out of every six workers was looking for a job—8,500,000 unemployed altogether.

America, like Britain, is going in for prefabricated houses and for the same reason, that the poverty stricken cannot afford anything more costly.

Of course, there is guile in the publicity given by British newspapers to this sort of thing. They believe that British workers will more readily accept their own troubles as unavoidable when they know that "rich" America exhibits the same sordid poverty. Poverty is not a necessity anywhere. Poverty to-day is due to the capitalist system and will not be remedied except by establishing socialism.