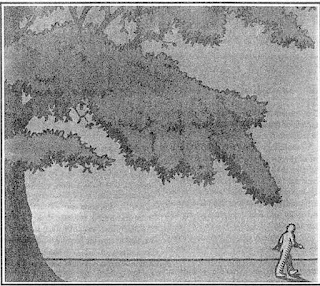 From the May 1996 issue of the Socialist Standard

Although most people these days would admit to being concerned about the state of the planet we live on it is remarkable how little the destructive tendencies of the profit system are blamed for causing environmental damage. Yet it should be impossible for us to ignore the fact that our relationship to our environment, and the effect we have on it, is governed entirely by the kind of society we live in.

In contrast to idealist theories of history, historical materialism holds that the development of ideas is mainly explicable in terms of the prevailing “mode of production”. This should not be seen as “economic determinism”; it does not mean ideas simply spring from economic conditions like mushrooms from a compost heap. Indeed, at any point in time one will probably find an array of ideas on any subject. What causes some of these to take root and spread while others are passed over or allowed to wither on the vine? According to historical materialism, a key factor, but by no means the only factor, in this social selection of ideas is the economic one. Thus, the precise origins of an idea is less important than its utility for society and its mode of production in particular.

But what is a “mode of production”? This has two aspects—the “forces of production”, and the “relations of production” as constituted by the form of ownership of the means of living. With the emergence of private property and the state several thousand years ago these relations became differentiated into antagonistic class relationships. As ownership of the means of living became concentrated in the hands of a small minority, this minority began to live off the labour of others, using the state as its means of coercion. The particular form this economic exploitation took allows us to distinguish one mode of production from another. Thus, in the relatively short history of private property society we can identify a succession of such modes: chattel slavery', feudalism and capitalism.

According to Marx, the relations of production tend to reflect the level of technological progress. However, as the productive forces develop within a particular mode of production they eventually come into conflict with, are “fettered” by, its relations of production. This conflict expresses itself as an intensification of class struggle between the exploiting class which has a vested interest in maintaining these relations and a new class whose interests lie with the further development of the productive forces (and hence the revolutionary' overthrow of those relations which block that development). The resolution of that conflict occurs when the latter class finally succeeds in capturing the state and using it to usher in the new mode of production.

Every established order tends to project an image of itself as being tunelessly grounded in nature, thereby implying change is “unnatural”. As a social order is defined by its class structure, this projection is bound up with the need for a ruling class to perpetuate the existing relations of production through which it dominates society. Such dominance is hegemonic: it is based on the acquiescence of the exploited majority rather than just crude force. Although the “objective” interests of most people should lead them to change society, they tend to accept the ruling class idea that society cannot, and should not, change. As Marx points out “the class which is the dominant material force in society is at the same time its dominant intellectual force” (German Ideology).

Yet despite the enormous power a ruling class wields through its control over the means of disseminating ideas, change is inescapable. In this respect, the development of the productive forces exerts a subversive influence, breaking the mould of long-established ideas. Indeed, insofar as technology mediates our relationship with nature, technological change can alter our perception of “nature” and hence society.

Ideas on nature under feudalism
We can see this in the transition from feudalism to capitalism. The dominant metaphor of nature up until the early modem era was an organismic one. Nature was viewed as a living organism. Its manifold parts, including humankind, were held to be fundamentally interdependent and constituting an integrated whole. Such a concept fitted in with tire close organic ties most people had with the land and with the nature of the society in which they lived. Nature was seen in essentially teleological terms; everything was designed for a purpose which supposedly emanated from God. That purpose was to benefit humankind. This anthropocentric view of nature was nevertheless couched in religious terms whereby nature was seen as a “book” through which God’s plan was revealed.

“Physico-theology”, or the religious study of nature, was the means by which one could discover what God had in store for humankind. Since God was seen as a benevolent creator the world he created was essentially good, so to act in a way that conflicted with his design was wrong. Thus the notion that the universe was designed as a Great Chain of Being in which everything was interconnected was not simply an attempt to understand how it functioned; it was a moral statement which had implications not only for the behaviour of human beings towards each other but also for their treatment of nature.

On the other hand, the Christian belief contained in the Book of Genesis that God made man “in his own image” and enjoined him to “subdue the earth” has been interpreted as sanctioning a domineering attitude to nature. A leading exponent of this view is Lynn White who argued in a famous essay that a traditional Christian arrogance towards nature and the driving out of pagan animistic religions is what led to our present ecological crisis. According to him, “since the roots of our trouble are largely religious, the remedy must also be essentially religious” (The Historical Roots of our Ecological Crisis).

But this “idealist” interpretation of history does not stand up to scrutiny. There is considerable evidence of environmental destruction on a large scale in the Ancient World pre-dating Christianity which can in fact be linked to the emergence of class-based forms of social organisation.

A more telling argument against White’s thesis is that it does not explain why some aspects in the Christian worldview emphasising harmony with nature became less influential in the early modern era while the theme of dominating nature came to be increasingly asserted. The latter was in fact connected with a marked increase in productive activities such as mining, deforestation and draining marshes which in turn were related to the growth of a capitalist market and scientific progress. The “tension between technological development in the world of action and the controlling organic images in the world of the mind had become too great. The old structures were incompatible with the new activities” (Carolyn Merchant, The Death of Nature, p.2).

Rise of capitalism
The rise of capitalism undermined the old static order of feudalism in which everyone “knew their place” by bringing about increased mobility. Land enclosures and agricultural improvements resulted in the removal of labourers from the land and their transformation into an urban proletariat, no longer in intimate contact with nature’s rhythms. Furthermore, the commodification of labour power went hand-in-hand with commodification of nature itself. As Marx put it, “the mode of perceiving nature under the rule of private property is a real contempt for, and a practical degradation of, nature”.

This change in perception was reinforced by scientific developments. The Copernican revolution in astronomy which shattered the Medieval view that the earth was the centre of the universe, the growing awareness of hitherto unknown biological organisms (many of which did not appear to serve any useful purpose for humankind) in the wake of the Voyages of Discovery and the invention of the microscope, and the dawning realisation that fossils were the remains of now-extinct species, all served to undermine the old anthropocentric view of a world designed by God for the good of humankind. Such developments did not occur in a vacuum but in response to the specific needs of an emerging capitalist economy.

However, organicism was to re-surface in the shape of the Romantic Movement of the 19th century—a philosophical and aesthetic reaction to the depredations of industrial capitalism which sought solace in spiritual communion with nature. This idealisation of nature was dealt a blow by the Darwinian Revolution which represented nature as an arena of struggle in which only the fittest survived—in some respects a mirror image of the competitive ethos of Victorian capitalism—but out of Darwinism was to emerge the science of ecology.

The development of science under capitalism proved to be a double-edged sword. In a remarkable passage Engels noted that for all our claims to have “conquered nature”, it lends to take its revenge on us, thus reminding us that “we by no means rule over nature like a conqueror over a foreign people” but “belong to nature, and exist in its midst”:


“After the mighty advances of natural science in the present century, we are more and more placed in a position where we can get to know, and hence to control, even the more remote natural consequences of our most ordinary productive activities. But the more this happens, the more will men not only feel, but know themselves to be one with nature, and thus the more impossible will become the senseless and anti-natural idea of a contradiction between mind and matter, man and nature, soul and body" (Dialectics of Nature).

Today, we can once again find evidence of organicism in the modem environmental movement. While this has been viewed as a positive development it does have its negative side: it can lend itself to authoritarian, even fascistic, forms of social organisation. It can also lead to a misplaced and irrational opposition to science for allegedly displacing a sentimental attachment to nature by an objective analysis of it; and its tendency to deify nature, to blame humankind-in-the-abstract for our ecological crisis, rather than the society we live in, can only cripple our ability to tackle that crisis.