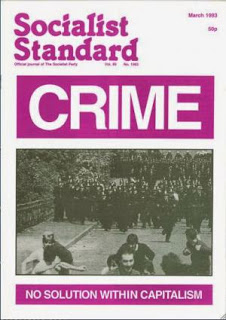 From the March 1993 issue of the Socialist Standard
On Friday 20 November in Windsor Castle a curtain caught fire in the Queen’s Private Chapel, probably ignited by a spotlight recently installed to illuminate the altar and art work. The fire quickly spread throughout the north-east wing devastating “The Grand Reception Room” and “The State Dining Room”. Fire-fighters rushed to the scene to carry out a prearranged fire-fighting and salvage plan. They were drawn from the surrounding counties to save this “loveliest of palaces"—an ancient fortress overlooking the Thames. The estimated cost of restoration is put at about £60 million.
Fire is a violent chemical reaction involving heat, oxygen and fuel in which heat and light are produced. If you remove either the heat, the oxygen or the fuel, combustion will stop. This is the basis for controlling fire which early hunter-gatherers must have learned for themselves. They discovered it could be used to keep wild animals away. They learned to cook with it and in time how to “fire" clay pots to make them hard and leak-proof. They smelted metals to make tools and weapons. The evolution of the tool has enabled different sources of fuel to be used. First wood and animal fats, then peat and coal, later, mineral oils and natural gas.
To successfully use fire combustible materials had to be collected and brought to the dwelling. In a communal environment this arduous task would have been shared and the energy expended would be offset by the use to which the fuel was put. With the advent of trading, fuel could be bartered for other essential goods, especially in areas where the fuel was scarce.
Capitalism has turned fire and its fuels into a commodity, possessing like all other commodities the value imparted to it by all the workers who have worked on it. Today, fuels like coal, oil and gas are all big sources of profit for those who own their production. However, under capitalism access to the fuels of fire required for heating our dwellings and cooking our food is only available to those who can afford them. Fuel will be provided only at a profit and this is why every winter the elderly and the poor cannot afford to heat their homes.
Protecting property
Once a fire is started it can spread very quickly, fanned by currents of air and fed by combustible materials. Obviously some sort of organized method was required to deal with it. Up until the Great Fire of London in 1666 fire-fighting was undertaken
by groups of volunteers carrying buckets of water, usually led by the occupier of the burning property. However, the Great Fire destroyed 13,000 homes and caused massive losses for the commercial insurance companies. In 1667 a businessman named Dr Barbon set up an insurance company to cover houses. This lucrative idea soon spread and rival insurance companies were soon competing with each other. A house insured with a particular company had to display a company plaque called a “firemark” on its outside wall. When a fire started and the firemen were summoned, invariably by shouting, they would arrive and check the plaque. If the house was covered by their company they would fight the fire. If not it was left for their competitors or it burned to the ground. Intense rivalry existed between these companies and they would often impede each other on the way to a fire.
In 1833 an Act of Parliament empowered local councils to purchase fire appliances and equipment out of the rates. Unable to compete, the private insurance brigades joined the town brigades or disbanded. In 1938 the Fire Brigade Act required local councils to maintain efficient fire brigades and set up a national fire service. In 1947 only county councils could become fire authorities and the 1974 local government reorganization led to the system that exists today. A decentralized service of 63 virtually autonomous brigades, 54 in England and Wales, 8 in Scotland and one in Northern Ireland.
Fire brigades are funded by the county councils as are the local ambulance services. Councils raise the money from local taxes in addition to what is allocated them by central government. In an attempt to reduce the cost the right-wing theorists at the Adam Smith Institute have recommended the merger of the two services:

The report claims extra efficiency would be achieved by closer co-operation and cross-training in the emergency services. It says amalgamation would also generate substantial income by selling redundant buildings. (Daily Telegraph 7 December).

These reforms are supported by some personnel in the services who believe that the merger will bring in much needed money and equipment.
Within capitalism two mutually dependent social classes have evolved. The capitalist or ruling class is made up of the owners of the means of production, landowners and financiers who derive their income from the surplus value created in production. This source of profit is produced by the working class who own no productive resources apart from their labour-power. On a personal level workers may partly own their homes or small pieces of land but this does not alter their social position. They must still exchange their labour-power for a wage or salary in order to purchase the goods they need to survive and bring up their families. It is in the capitalists' interest to keep wages as low as possible.
For capitalism to perpetuate itself it must provide a relatively safe environment for the exploitation of the working class to take place in. The National Health Service was set up to ensure that the population of workers are fit enough to work. Similarly, the emergency services are provided to ensure that workers are safe at their places of work and in their hours of recuperation. As safe as is profitable.
Profits before safety
Although fire safety is in the capitalists’ own interest it is not a very high priority for individual businesses, especially in a recession. This is because unless they have a fire they will not get any financial return on the money they have spent on precautions. In fact many individual capitalists see fire precautions as a burden and a drain on their profits.
The Daily Telegraph (5 December) reported that Nuswift, makers of fire protection equipment, had seen their profits drop from £11.3m to £2.52m in the first half of that year. Clearly their equipment is not in demand. The Fire Services Act of 1947 empowers the local fire authorities to carry out inspections of commercial premises to ensure that they meet the standards required by all the relevant fire safely requirements passed by law. Despite this external pressure the capitalists' requirement to increase profits invariably comes first.
A report published by the National Audit Office, last December criticizes industry on a number of points. Only £2m was spent on fire prevention publicity in 1991 despite the fact that deaths have risen from 430 to 740 a year since 1960. Insurance losses from fire now run at about £1 billion a year. The bill to the National Health Service for treating 11,000 burns cases a year (3.000 in 1960) is at least £40m. The report goes further. Sixty percent of deaths a year occur in the home despite the increase in the number of smoke alarms fitted. However those most at risk like the elderly are the least likely to buy alarms. Those over 80 years of age are eight times more likely to die in a fire than people aged 55 to 64. The NAO report recommends the free distribution of smoke alarms.
For a safer world
The technological means to ensure that every home and workplace is as safe as possible already exist. But the workers do not have access to this technology unless they can afford it. Today under capitalism how many homes have even got an extinguisher or fire blanket—the workers just cannot afford them. It does not have to be like this. Once we recognise our role as wage-slaves under capitalism and that our labour is the source of all wealth, we can use the democratic process to establish socialism by making technology and resources the common property of all.
Fire precautions could then be an integral part of every home. All building construction and household furniture could be constructed with fire-resisting materials. Every place of work should have the best warning and fire-fighting equipment installed as a matter of course. Everyone could acquire a working knowledge of First Aid and basic fire-fighting. One more avoidable tragic death due to fire is one too many.
A.W.E.
Posted by Imposs1904 at 12:36 AM

In the hard copy of the March 1993 Socialist Standard, this article was signed 'A.E.W.'

Unless told otherwise I'm presuming this was a typo, and should have read 'A.W.E.', the initials of the longstanding Socialist Standard contributor, Alwyn Edgar. If anything, the heavy use of quotes from the pages of the Daily Telegraph was the dead giveaway on this matter.