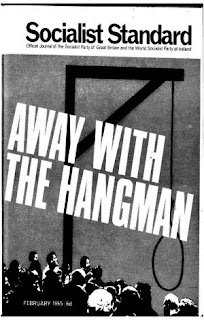 How dare you take an extra day off work at Christmas! How DARE you!

Is this the way to beat our foreign competitors and make Britain great again? Well, is it? You ought to be ASHAMED of yourselves. Here we are in the middle of an economic crisis. Exports are down and costs are up. The trade gap is wider and the pound narrower. But what do you care? Absolutely nothing—and to prove it you took Monday December 28th as an extra holiday.

The Daily Mail of the following day threw a purple-faced screaming headline at its readers. Did you know that you had had a stolen holiday? That is what the Mail called it, because Wilson’s government refused to declare it a public one but many firms granted it just the same. And those awful dockworkers actually took it without so much as a by-your-leave. This, at a time when industry in rival countries was allegedly working normally. “ Not exactly the Dunkirk Spirit ” moaned the Mail.

It’s a moot point whether British workers are more or less diligent than those elsewhere, and not one which is really worth much either way. West German workers, for example, get more holidays than British and West Germany is one of Britain’s major European competitors. After all, one day’s work more or less is not likely to make such a tremendous difference to the fortunes of the British Capitalist class, but the Mail is probably concerned least the habit should become more popular and frequent, and aims to knock it hard on the head before this gets a chance to happen.

It’s nothing new for workers to be called lazy. My own memory is long enough to recall the insults of the pre-war labour exchanges with their puffed-up little clerks, themselves dead scared of putting a foot wrong and landing in the queue on the other side of the counter. During and since the war things have changed, superficially anyway, but we still have to endure goading with stick or carrot from press and politicians alike. Of course, the Mail and the Labour Government would like to see a return to the “Dunkirk Spirit"—its self-denial and if need be, heroism, in the task of keeping British capitalism on the map. Do you remember the days of Dunkirk, incidentally? The futile bloodshed and misery, the long tedious hours of war work and short rations?

Dunkirk and 1940 have a nostalgic ring for capitalist politicians. In those days there was always the promise (the carrot) of a better world after the war, of course, and twenty years of post war experience have tarnished the image a bit. But never mind, if only they could recapture some of the spirit, how much easier would life be for them. Costs would be kept down as foolish workers cheerfully sacrificed their wage increases. Profit margins would widen and perhaps more markets be captured. All very desirable for the owners of industry but hardly an exciting prospect for the working class. Now perhaps you can see why we are not very impressed by the promises or threats that are made from time to time to try and get a bit more out of us.

About the same time as the Mail was working itself into such a rage over our laziness, The Duke of Edinburgh and his son were off for a week or two of winter sports. In February he will visit Australia for a week. Princess Margaret and husband went over to Ireland for a bit of a holiday. Perhaps if we scanned the society columns we could find plenty of other rich people doing the same sort of thing.

Quite clearly the Royal Family and the rest do not take the Mail's strictures very seriously and in any case they were not aimed in their direction. For they belong to the ten per cent who do hot have to sell themselves for a wage packet to make a living, and who live a life of perpetual ease and comfort. The rest of us do all the work and have a pretty drab time of it. Just think about that before you get too conscience-stricken over your Christmas break.

Let’s face it. There are some of us who have never been daring or mildly athletic. A jump from the top board of the local swimming baths would be a real trial of courage for many, including me. Even our childhood pranks can only be called slightly audacious, quite harmless in themselves and never very exciting.

To get to the point. This is perhaps the age of the stunt man, highly trained and physically fit, whose job it is to keep giving his audience bigger and better thrills. He is in great demand for the stand-in feats of riding, fighting and falling that enthrall you on the silver screen, and keep the big (and expensive) stars in one piece. He must have nerves of steel and a lion's courage, and early on he has to face the possibility of serious injury or sudden and violent death.

Like the rest of us, the stunt man lives in a highly commercial world, and although he may be comparatively well paid, he has to make his living under particularly difficult and trying conditions. And being a commercial world, it subjects him to its rules and regulations and the same sorts of pressures as other workers. In practical terms, this means that he must never really relax. His eyes must always be open for new feats (“gimmicks” would be a less generous term) to maintain his audiences’ interest and keep his labour power in demand. And just as in other fields demanding intense concentration and devotion, the job can become a pretty unhealthy obsession.

Did you read about the Hollywood stunt man Rod Pack in the Daily Mail of January 8th? His escapade made Blondin and his barrel look like child’s play. He had been doing a lot of skydiving—parachute jumping to you—which you might think dangerous enough. But not Mr. Pack. He heard a writer’s joking suggestion about trying a jump without a ’chute. “It became a obsession,’’ he confessed and with the not entirely disinterested assistance of some enterprising T.V. producer who offered him a contract, he managed to pull it off. He is still alive to tell the tale.

Granting Mr. Pack’s courage, what has been the result of his feat? A lot of worry for his wife and friends, a rake-off for the T.V. producer and some exclusive pictures for the Daily Mail. “Just for the hell of it, just to be first” was his reason, and as far as he was concerned, that was the end of it. But we can be sure there will be others to follow him, risking life and limb in perhaps even more foolhardy and dangerous stunts to satisfy the demands of the entertainments market. It will prove precious little and solve no outstanding social problems. A tragic waste, really, of human skill and strength, but then that is a fitting description of capitalism as a whole.
Eddie Critchfield
Posted by Imposs1904 at 12:15 PM