Letter From Europe: Wage-freeze in France (1983) 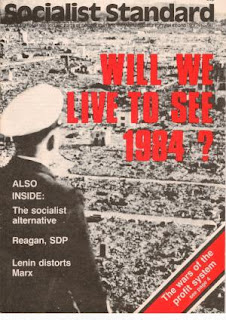 The (total) wage and (partial) price freeze imposed by the French government following the devaluation of the franc last June came to an end on 1 November. Since the government had expected prices to rise by at least 2.7 per cent during the freeze in other words, it believed the real purchasing power of wages would fall by this amount the 1.5 per cent increase is being heralded as a success.

In fact however this slow-down in the rise in the general price level was due more to the current world depression than to the French government’s price controls, as is shown by the fact that over the same period prices rose by less in Britain and Germany.

As far as the general price level is concerned, two contradictory factors are now at work in all countries: first, there is the continuing inflation of inconvertible paper currencies which exerts an upward pressure, and then there is the world depression which exerts a downward pressure. In the 19th century, when the value of money was relatively stable, the general price level still tended to rise in times of boom (through demand for goods tending to exceed supply) and to fall in times of slump (through supply tending to exceed demand).

This latter downward movement has not ceased to operate, but it has tended to be obscured by the inflationary monetary policies pursued by nearly all governments since the beginning of the second world war. Due to the overissue of paper currencies. the general price level has continued to rise even in slumps, a phenomenon which has been dubbed “stagflation” or “slumpflation”. Nowadays the depressing effect of a slump on the price level is only discernible in the slowing down of the rate of price rises. Such a slowing-down has become particularly noticeable over the last six months or so. enabling both Thatcher in Britain and Mitterrand in France to claim the credit for something for which they are not in the least responsible.

The other result of a slump is falling real wages — what wages will buy in relation to the prices of consumer goods. In the present era of chronic inflation, this does not necessarily involve a fall in money wages (though this can happen, and has been happening). Real wages fall also if money wages increase less than the increase in consumer prices. This has been happening for some time in Britain, where trade unions have had to settle for wage increases below the rate of inflation. The recent government-imposed wage freeze in France has had the same result.

During the four-month period of the wage freeze, not only did prices rise by 1.5 per cent, representing an equivalent cut in the real purchasing power of wage and salary earners, but any rises under previously negotiated agreements due during this period were banned by law from being paid.

Naturally the employers were the last to complain about this since both the decrease in real purchasing power (from their point of view, a decrease in real wages costs) and the non-payment of contracted wage increases meant an increase in their profits. In other words, the money lost by the workers went into the pockets of the employers.

The government claimed at the time it introduced the wage and (partial) price freeze that this was part of a necessary national effort in face of the crisis, but the Minister of the Economy, Jacques Delors. has recently disclosed that the real aim was to increase profits. In a speech to the congress of a catholic employers’ organisation called “Ethic" on 26 October, apart from announcing that the minimum wage would not be increased as much in 1982 as originally promised (which attracted most of the publicity), he also spoke about the investment problems of private capitalist firms:

Gross operating revenues have fallen for the last three years to such levels that enterprises no longer have the minimum margin of self-financing to allow them to ensure a balanced financing of their investments (Républican Lorrain, 28 October).

"Gross operating revenues" (revenus bruts d'exploitation) is a term used by accountants to refer to the income of enterprises over a given period, normally a year, over and above their production costs but before payment of taxes, social insurance contributions. interest charges and dividends. In other words, gross profits.

After complaining, then, that these gross profits were not high enough. Delors went on:

A recovery of the gross operating revenues of enterprises is needed to restore a dynamism to our economy, and without a minimum of transfers of the national wealth to these gross revenues the minimum conditions for investment will not be met (our emphasis).

“National wealth" is a vague term, but what Delors has in mind is the "gross national product” (GNP), or the total amount of new wealth produced in a year before deduction of that used to renew used-up fixed capital. But the wealth newly-produced in a year only has two elements: the gross operating revenues of enterprises and the wages of productive workers. Clearly then, the wealth Delors wants to transfer to gross profits can only come out of that currently going to workers as wages. Which is precisely what the four-month wages freeze achieved. Indeed, the real reason for the freeze is quite clear: to decrease wages so as to allow enterprises to make bigger profits.

Although the wages freeze ended on 1 November, government-backed wage restraint is to continue until at least the end of 1983. The government has set the target for price rises in 1983 at “only” 8 per cent and has proclaimed this as the limit too for wages increases this year, though it is allowing provision to be made for additional increases negotiated in January 1984 if in the end prices rise by more than this limit. As has frequently happened in Britain under similar circumstances, it is civil servants and workers in the nationalised industries who have been the first victims of this policy of wage restraint, a case of the government as employer setting an example to private employers. One of the “benefits” of nationalisation (or state capitalism) that its advocates forgot to mention to workers in newly-nationalised industries?

We have even been treated to the spectacle of one group of employers, those in the sugar-beet industry, being told by a government composed of "socialists" and “communists" that an agreement under which wages were automatically linked to rises in the cost of living and which they had been applying for some years was illegal and should not be applied either for 1982 or for 1983. The PS/PC government unearthed a statutory order dating from 1959 declaring such indexing illegal, even though such agreements, which provide workers with a minimum protection from the effects of inflation, have in fact been widely applied in France in recent years. The government's invoking of this order now is yet another proof of their intention to reduce the real purchasing power of wages and salaries.

This blatantly anti-working class policy pursued by an allegedly socialist/communist government merely confirms that it is not possible to run capitalism in the interest of the working class and that any party which tries to do so is bound to end up running capitalism in the only way it can—as a profit-making system in the interest of those who live off profits derived from their monopoly over the means of production.
Adam Buick
(Luxemburg)
Posted by Imposs1904 at 9:10 PM