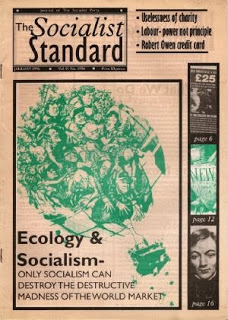 TV Review from the January 1996 issue of the Socialist Standard

Oh, how the mighty have fallen. No more processions through the City of London, with gleaming carriages and cantering horses. No more sacred vows in majestic cathedrals for the watching millions to fawn over. No more glittering brides and gallant grooms. Just plenty of back-biting, acrimony and posturing— the Royal family has come down to earth with a thump and the TV cameras have been capturing every sordid and sensational moment.

The jewel in the crown—so to speak—of this ongoing farrago was undoubtedly the Panorama interview given by the Princess of Wales. Rarely in the history of television has such carefully scripted malevolence been purveyed by such an expert at manipulation. This in itself is not surprising as the lady in question had been trained by the masters of deception themselves—the royal family and their courtiers. Doe-eyed and self-important to the last, opinion polls show that Diana succeeded in gaining the sympathy of the majority of those whose lives were so empty that they watched this wretched performance. (TV reviewers are exempt from criticism, naturally, for risking an attack of biliousness in the course of professional duty.)

There is no denying that Diana has had a hard time—as hard times for parasitical prima donnas go—but what really sticks in the craw is the way in which all this is presented as if it is something of great concern to the rest of us in society who have problems enough of our own—as if, indeed, they really are "our" royal family which we could sell at auction or swap at Marks and Spencer if we wanted to. We're all human, but beyond that what have we got in common with them? Nothing worth mentioning is the true answer. Taking sides between these overprivileged squabblers plays into their hands—and remember. they are all at it, if you’ll pardon the expression—Charles had his own dreary feast of fun last year.

Another gin and tonic
When the squabbling dies down for a nano-second the TV corporations can be guaranteed to follow the lead of the tabloids into the never-never land of royal family irrelevance. The Queen Mother’s hip operation was a case in point. ITN did everything but film the operation and sponsor the surgical implements. When the old trout was admitted to her private suite they had cameras parked outside ready and waiting for live transmission of a brick wall, a plaque and a few windows. One sad specimen of humanity had turned up with a placard and flowers to wish her well, and as he was the only fool to make an appearance had an interview all to himself. ITN led with this story for what seemed like days on end, and still not once did it make the comparison between the treatment given to the Queen Mother and that which can be expected for most of the rest of the population i.e. private treatment and immediate access as opposed to state treatment and a nine-month waiting list. But, of course, they’re not biased.

The only relief in all this was that this time the Queen Mother was undergoing something different from having a fish bone removed from her gullet, which was a change indeed. So instead of the trout farmers and ENT specialists being wheeled into the studio to give interviews we were treated to expert analysis from bone specialists and psychologists majoring in post-operative stress disorder. Never let it be said that ITN do not know how to keep the public entertained.

Last but not least (at the time of going to press) was the history of the missing royal jewels given by the Queen to the Duchess of York for her services to foot fetishism. Judging by the look on his face, you would have thought they were Nicholas Owen’s own! What a catastrophe! Is nothing sacred these days? Never mind, another forty-eight hours’ hullabaloo was excavated from this rich scam by the troopers at the ITN news desk. So much so, it might be thought, that an even bigger catastrophe beset them when the jewels were actually found again.

What is the motivation behind ITN in all this? We can only wonder. Meanwhile, the Socialist Standard has a recommendation for them. If they really want to see how our beloved royal family cope with stress, let’s have a "fly-on-the-wall” documentary about them living in a tower block in Kirkby for a year on income support. Then they’d really have something to complain about.