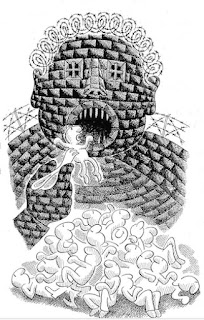 From the March 1994 issue of the Socialist Standard


"In Poland the elections are now over. The old crowd came back into power under a new guise. Despite its leftist leanings the new government has made it clear that it will not in any way harm the repayment of Poland’s debts and will carry on with the economic reform programme" Correspondent from Poland reports

The elections are now over and by all accounts forgotten. The old crowd came back into power under a new guise. The former "Communists” now called "Left Alliance", along with the Farmers Union, received two thirds of the seals in the new' Polish parliament. The Democratic Union of the outgoing Premier did badly, as did Lech Walesa’s centrist group. Walesa today is a played card and few regard him as the statesman he pretends to be. More surprisingly, the Patriotic Coalition supported by the Catholic church did just as poorly.

Despite its leftist leanings the new government has made it clear that it will not in any way harm the repayment of Poland’s debts and will carry on with the economic reform programme. There will be no return to the centrally-planned state capitalist economy.

Since the collapse of the Russian Empire, Poland has become the prime target for overseas investment in the former state capitalist bloc and has experienced the greatest economic growth in Europe. For example, the growth in industrial production was 9.4 percent in the first half of last year. More than one million new businesses have been initiated since 1989 and more than half of Polish workers are now employed by privately-owned firms. Meanwhile the currency has stablized somewhat with annual price rises down from 100 percent three years ago to 35 percent now.

However, all is not rosy. The reforms that privatization have brought have not improved the lot of the working class. A new class has effectively emerged that lives in luxury while the poor are even poorer. The difference between the rich and poor is greater now than ever. Unemployment has grown to over three million, or 15.2 percent of the available working population, and the new economic reforms have brought further social division and an understandable jealousy on the part of some.

Crazy debts
One of the biggest problems which none of the parties have been able to adequately tackle is Poland’s massive indebtedness. Poland has a $30.6 billion debt owed to the Paris Club of Western creditors, and the new Premier Pawlek has so far failed to negotiate a successful debt reduction programme, just as with many other attempts to do so in the last few years. If reform of Poland’s debt comes, the burden of it will no doubt fall on the backs of the workers. There have already been attempts to reduce government expenditure through manipulation of the state pension, which has not risen nearly as much as even the government’s own supporters were demanding.

It is also worth noting on the international front that because of low labour costs, Germany is preparing to invest heavily in Poland at present, and this means that Germany will come to have a greater say in the everyday affairs of Polish polities. Already Germany and Poland have had joint military manoeuvres, in which they have recently been joined by Denmark.

Social dislocation
On the social side, Poland is experiencing all the ills common in Western society — drug addiction, homelessness, organized crime, mugging, pornography and gambling. At the moment it is estimated that 20,000 people are homeless in Warsaw alone, many of whom are unemployed, having come in from the small towns. Shelter is provided by the Church, but many refuse this due to the regimentation of the hostels. People beg in the streets and others rummage through dustbins. The average wage in Poland is four million zlotys; to put this in perspective, the rent on any available single-roomed flat is three million zlotys. Because of this many teenagers have to remain with their families, sleeping as many as four or five to a room. Houses are being lived in that are almost ready to collapse.

The television and the cinema are full of American films and advertising from the multi-nationals. Just about everything one would find in any Western city has come to Poland, from Jehovah’s Witnesses to Burger King. And any rubbish that has not, one can assume soon will. One of the worst things in contemporary Poland is the cult of the skinhead. They tried to disrupt the Warsaw Ghetto commemoration, they have attacked Jews and eighteen months ago beat a German lorry driver to death in Kracow.

Euro Union
Poland is now preparing to join the European Union, and hopes it will be admitted in three or four years’ time. It could be that with a large skilled workforce and a cheap supply of labour, Poland will have an "economic miracle" like Germany and Italy after the Second World War. But a poorly-organized working class can expect to gain relatively little from this, and it is to be expected that the needs or rapid capital accumulation will continue to put a brake on consumption for the foreseeable future.

The good news is that, despite its difficulties, the Polish working class is now in a position to form a Socialist Party and put the case for world socialism in a part of the globe that desperately needs revolutionary change. Without a doubt the courage and tenacity Polish workers have shown in the past should not be put to ending their own wage-slavery.
D. Szczescie,
Warsaw
Posted by Imposs1904 at 9:08 AM