Remember the Tories' 1983 election promise of turning Britain into a "property-owning democracy"? The prospect of "owning” their own house was undoubtedly an attractive proposition to many workers fed up with the insecurity of renting their homes from unscrupulous landlords or penny-pinching councils. However for many the dream has turned into a nightmare. As fewer council houses are built and fewer properties are available to rent, many people have been forced to "choose" a mortgage, which the building societies have been only too pleased to give them.

But having encouraged people to become home owners, the government has now decided to punish those home-owners who have the misfortune to become unemployed. New rules have just been introduced which will mean that anyone who becomes unemployed will have only half their mortgage interest paid while they are in receipt of Supplementary Benefit and only for the first four months of unemployment. Under the old rules all the interest (but not the capital) was paid. This is bound to increase the rate of repossessions. Already one in ten homeless families are homeless because their home has been repossessed due to mortgage default.

Families faced with the prospect of unemployment and inability to pay their mortgage may decide to sell up to avoid arrears and repossession. If they do, however, the local authority would have no obligation to rehouse them since they would be deemed to be "intentionally homeless”.

For workers in this situation the security promised by the slogan "property-owning democracy" has turned out to be as illusory as it is for those who depend on paying rent in order to keep a roof over their heads. 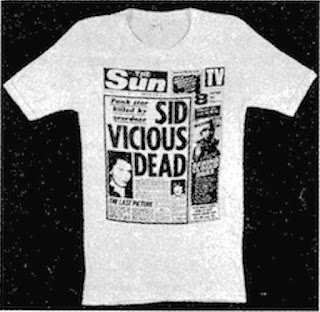 It Pays to Advertise

It is even more profitable if you can get someone who has nothing to gain to pay you for the privilege of so doing!!

Strange as it may seem, the same person who objects strongly to paying a few pence for a carrier bag printed with the name of a supermarket, will pay pounds to advertise something else.

Guinness started the fashion years ago. In return for a cheque made out to them for the correct amount (something like 20 guineas if memory serves) you would receive a sweater with 'GUINNESS' — not even the toucan —  emblazoned across the front. Today for £18.95 you may buy a plain wool sweater by post; this price is already considerably higher than for a similar garment bought across the counter. However, for only an extra £ 1, you can have' The Times' discreetly embroidered on the left-hand side. Of course, if you don't have the odd £20 to spare, you can go downmarket and buy a Coca Cola — or if you prefer, a Pepsi — T-shirt. Slightly upmarket again, you could, in gold on black, advertise Biba. If you really want to dredge the bottom, feature the Sun with the screaming front page headline 'SID VICIOUS DEAD. Punk Star Killed By Overdose'.

One T-shirt we have not yet seen is the one advertising the fact that we are all being killed by an overdose — of capitalism!

"We need democracy like we need air to breathe", said Gorbachev in a speech to the ruling Central Committee. What he means by "democracy" is that there will be more than one candidate standing for office in elections and a bit more public debate with officials prepared to admit from time to time that things occasionally go wrong, that there are shortages and production quotas aren't always fulfilled.

Well it's better than nothing. But no-one should be conned into believing that the new, reforming Russian leadership is really concerned about giving ordinary Russian workers a voice in decision-making. What Gorbachev is undoubtedly concerned about is the failure of the Russian economy. Giving people a little in relatively unimportant areas is a time-honoured way of getting them to give back a lot more.

If Russian workers are made to feel that they do have a voice, that they are listened to, then it is quite possible they will be conned into working harder and producing more wealth for the Russian ruling class. A little bit of political liberalisation will not affect the fundamental division of Russian society into those with wealth and power and those without, unless Russian workers recognise that fundamental division and then exploit the small window of opportunity that Gorbachev has opened for their own political ends.


Bullets on the beat

Officially Britain has an unarmed police force. Unofficially things are rather different. A curious incident involving a car chase down the M1 which ended when the car being pursued ran out of petrol and shots were fired, led to revelations that for the past eight years traffic police patrolling the Nottinghamshire section of the M1 motorway, the A1 and Nottingham city centre have been carrying guns.


The vehicles are double-manned and weapons are carried in a locked container in the vehicle. They are two pistols, a pump-action shotgun and body armour. They are not allowed to take these weapons from the container which is permanently locked, without approval from a senior police officer.

No doubt this was meant to reassure people. But these words sound rather hollow given the trigger-happy mentality of certain armed police as shown by a series of tragic incidents over the last six years in which people have been "accidentally” shot by armed police.

One of the most disturbing aspects of the militarisation of the police is that the decision to arm police officers is not taken in public after debate and discussion but instead is made behind closed doors by the police themselves. As such decisions are deemed to be "operational" even the elected police authorities, to whom the police are nominally responsible, do not have to be consulted or even informed.