From the July 2009 issue of the Socialist Standard

Taro Aso, the current Prime Minister of Japan, is widely known to be a fan of “manga”. His love of comic books seems quite genuine (although it may be related to his notorious inability to read even some of the more basic Japanese kanji characters). Setting aside whatever personal reasons he may have, however, it is clear that Aso loves manga for practical political reasons as well, as he is convinced that it can contribute to an expansion in Japan’s “soft power.” Aso has clearly stated a hope that manga will assist Japanese diplomacy by raising what he calls the “brand image” of Japan, particularly in those Asian countries where people’s memories have been branded by the experience of Japanese colonial rule.

The problem for Aso is that not every manga published today conforms to the hollow “cool Japan” marketing image that he is peddling. Around two years ago, for instance, one top-selling manga was a version of a 1920s “proletarian novel” written by the Communist author Takiji Kobayashi, which depicted the harsh life of workers at the time and exposed nationalistic ideology. And now, to Aso’s dismay I suspect, there is also a manga version of Marx’s Capital available in Japan. 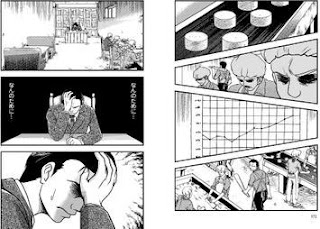 This new manga, published by East Press last December, comes in two pocket size volumes. Volume one presents a fictional tale of a young man named Robin, who is first seen in the marketplace selling cheese that his father produces on his small farm. Against the wishes of his father, who is a sort of anti-capitalist curmudgeon, Robin accepts the financial backing of a smooth venture capitalist named Daniel (who resembles a young Mick Jagger) to go into the cheese business on a large scale.

The rest of the story depicts how Robin, once he has become a capitalist, must follow the logic of capital, ruthlessly seeking to raise productivity, even it means squeezing his workers dry; and how the workers begin to rebel against their servile position as wage slaves. Instead of an overly simplistic tale of heroes and villains, the story makes it quite clear that the characters are forced to act in accordance with the nature of the capitalist system. However sympathetic Robin might be as an individual, and however pure his (initial) intentions, he ends up acting as a capitalist must act to remain a capitalist. 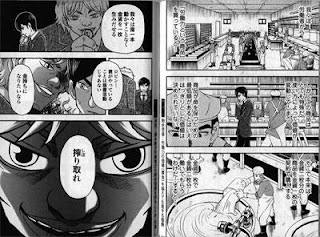 The second volume concentrates more on the actual content of Capital, particularly the first few chapters where the labour theory of value and the all-important concept of surplus-value are presented; and Marx and Engels appear to explain those and other points. At the same time, the example of Robin’s cheese factory is again referred to as a way to clarify how capitalists go about trying to squeeze out more surplus-value as a means of increasing their own profits and driving competitors out of business. On the first page of this second volume, where the cast of characters is introduced, it is clearly stated that, “Within capitalist society lurks an insatiable monster” – and the reader soon discovers that this monster is the insane pursuit of profit that drives capitalism forward.

One might quibble with certain aspects of the books, including what seems to be an idealization of small-scale producers (like Robin’s father), but on the whole both succeed in clarifying the most-important aspects of the capitalist system in a vivid way that even young readers can understand.
Currently the manga is only available in Japanese; but the publication generated a number of newspaper reports in the UK and elsewhere, and there is some possibility that it will eventually be translated into English.
Michael Schauerte
Posted by Imposs1904 at 11:00 AM

http://www.amazon.co.uk/Capital-In-Manga-Karl-Marx/dp/1926958195
It looks like amazon are selling this book.