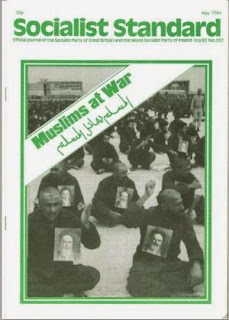 In the tactics they have followed in the clashes with the flying pickets, the police have shown a willingness and an ability to learn from experience. Can this also be said for the miners? There are in fact some very important things which have been overlooked by the men speeding from one coalfield to another.

The first is that the police will not unfailingly do their best to ensure that everyone who wants to work will be free to do so. They are fighting the pickets for reasons other than to protect a “right to work". Redundant workers who don’t want to be sacked will not find any sympathetic boys in blue to case their way through the entrance of their old workplace.

The second is that a police force cannot by nature be a tolerant or credulous organisation. Policemen have the function of being suspicious — they often get commended for it — and they must cast a wide net in their suspicions. So if they suspect a car load of men looking like anything but bank clerks or insurance salesmen of being flying pickets they are bound to harass them with impertinent questions about their political opinions and private lives. It may not be quite the Dixon of Dock Green image but in real life it is all part of a day’s unpleasant work for them.

The third is that the police concept of public order, which they apply to the pickets, is not invariable in its principles. Some types of public disorder are permissible and get their protection — for example the parading of cruise missiles along country lanes.

The link between all these points, the matter which is overlooked by the people who fall foul of the police, is the fact that the police have a role in capitalist society. They are in being to protect an order and to assert a law which is based on the rights of private property. That means the police protect the privilege of a tiny minority of social parasites against the interests of the majority who are useful, productive people like miners. To put it another way. the police are part of a coercive state force which props up the dominance of the capitalist class and so helps to ensure the exploitation of the workers.

And workers, of course, is what the flying pickets are. So what do they do about this coercive, privilege-protecting machinery when they have the chance? What happens in the coalfields of Britain, when the miners can choose between coercion and freedom? At every election they vote for one or other of the parties of capitalism — Labour. Tory, Alliance, Communist . . . They spurn the case for a different society of common ownership and freedom preferring, on the most specious of arguments, to fasten the chains about themselves anew.

If the pickets are angry and bewildered by the police tactics, they should remember that the remedy to it is in their own hands — and the failure to apply it rests on their own heads.

Panic in the streets

Florid, well-fed Roy Jenkins had made a name for himself as a liberal before he became Wilson’s Home Secretary. This meant that he was associated with a few minor reforms which went well with the clink of sherry glasses in Hampstead but which, compared to the real problems of capitalism and the vast burden of human suffering which the system inflicts, are of absolutely no consequence.

But even at that there were plenty of flaws in that urbane image. This reforming, liberal Home Secretary was responsible for rushing through parliament the Prevention of Terrorism Act, which gave the police some disturbingly wide powers of arrest, detention and questioning. Labour MPs who indignantly demand that the Act not be renewed always seem to forget that the odious thing originated under their own party.

It was in Jenkins’ time too that the Special Patrol Group was formed. The stormtrooping tactics of the SPG were so successful and spectacular that the force was imitated in many other areas. Police operations are especially suited to the technique of ruthless and decisive intervention; only those on the receiving end — as was Blair Peach — are expected to have any serious doubts on the score.

Now we have learned that, in another triumph of liberal reformism, it was Jenkins who authorised the equipment of the Metropolitan Police with sub-machine guns. He did this in response to the London sieges at the Spaghetti House and Balcombe Street, although in each case these incidents were brought to a casualty-free end through tactics the very opposite of spraying the streets with machine-gun bill lets. Perhaps, behind that comfortable exterior, Jenkins was really a panicky liberal?

He would not be the only politician to have his pretensions reduced to scale by the exigencies of office. The Labour Party has always campaigned for power over capitalism to run the system in the only way possible in the interests of the owning capitalist class. This means taking action which is all too clearly against the interests of the people who elected them. A truly reforming Home Secretary might consider abolishing the police, or at least reducing their status to that of lollipop ladies, rather than widening their powers and arming them more ferociously.

But that of course would be nonsense. Capitalism needs its coercive forces to guard the position of the ruling class and to assert its property-protecting law and order. Whatever his reputation — and whatever his reality — Jenkins went along with that requirement. Experience of him emphasises the fact that workers who put their trust in leaders to improve things for them had better think again — before another liberal in Whitehall decides that the police could coerce us more effectively with tanks, artillery, nuclear weapons . . .

An English Rugby Union team will after all be playing in South Africa this summer — always supposing that, after their disjointed and lack-lustre performance in this season’s internationals, anyone will still want to go to watch them play.

The announcement was greeted with predictable outrage by anti-apartheid campaigners, who have long argued that severing sporting links with South Africa would be an effective way of persuading them to drop their racist policies. In fact the campaigners have a point, for sport is popular enough in South Africa to make a loss of contact at the highest level of competition a powerful pressure for reform.

The South African government claim to have responded to the boycott which has so far operated in games like cricket and to have made formal gestures towards integration. These are obviously more cosmetic than basic; some rugby players who have toured South Africa, in the belief that they were "bridge building", have been sickened by the discrimination which they saw still to operate there.

By a remarkable, if typical, twist of logic the supporters of the tour have criticised its opponents for the deadly sin of “bringing politics into sport". The argument, once stated by the execrable Denis Thatcher at a rugby referees’ dinner, is that sportspeople should be free to play whoever they want, without interference. Thatcher, and those who agree with him, conveniently overlook the fact that it is the South African government, by forcing apartheid onto sportspeople, who breach their sacred principle and it is the protesters who campaign for the freedom to play against or with anyone.

Whatever pleasure and well-being may be derived from sport (which is in any case not free of the demands and the distortions of capitalism — it will be very different when we have a socialist society) they should not be inflated into an obsession. Compared to this society’s mountain of repression, suffering and fear, the matter of which side wins a game of football or cricket is of no account.

There are larger, more enduring issues at stake. One thing the demonstrators might ponder is that sport is about the only boycott which is being clamped onto South Africa. Trade, travel, military support, diplomacy — the very stuff of capitalist existence — merrily continue regardless of apartheid. And that is what the protesters are up against. Racism is illogical, unscientific and divisive of the world working class. But there is a remedy for it which is fundamental and permanent, in contrast to the ephemera of an integrated sporting tour.
Posted by Imposs1904 at 7:07 AM