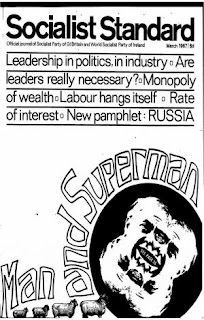 From the March 1967 issue of the Socialist Standard

Expansion of trade since World War II has brought with it the so called "economic miracles." Italy's turn came in the late 1950’s and early 60’s, when the products of its industries were sold successfully on the World market for the first time. That this had not happened before was not due to any lack of ability of its working class but rather that its capitalist class did not have a cheap and plentiful supply of fuel at its disposal. This shortcoming was overcome by the discovery and bringing into production of a large natural gas field in the Po valley.

Mattei, late president of the Italian state hydrocarbon fuel corporation ENI (developers of the Po Valley deposits), has been credited by many as being the man behind the miracle.

Born in 1906, Mattei started working for a living in a furniture factory at the age of 14, progressing to the ownership of a small chemical factory in the late 1930’s. Towards the end of the war he was Christian Democratic representative on the military resistance committee for Northern Italy. This activity put him in line for a job in the administration that was to take over from the fascists.

He got what was considered the relatively unimportant post of vice-president of AGIP (state petroleum company) with instructions to wind up its prospecting projects in the Po valley. Among AGIP’s records was a pre-war survey reporting favourable conditions in that area. Company geologists persuaded Mattei to disobey orders. Prospecting continued and by 1949 large gas deposits were found.

The next task was to get the gas to the consumer. The technical problems involved in this were insignificant in comparison with the property disputes. At the time there were no provisions in Italian law for laying gas pipelines. The AGIP was faced with years of negotiations with thousands of property owners and municipal authorities.

This situation was dealt with by ignoring normal procedures and using more direct methods. Work was started at night and armed men were employed to stand guard over trenches and equipment, leaving property owners a partly completed job on their land. It is estimated that from two to three years was saved in this way.

The chaotic conditions in Italy at the time helped Mattei in taking this short cut So did his many influential friends in parliament, and the fact that the work was carried out by a state concern claiming to be acting in the interest of the nation. In this way the Northern industrialists got their fuel: it is certain that a private or foreign firm would not have got away with it.

In 1953 the government set up ENI (incorporating AGIP as a subsidiary) with Mattei as its boss. ENI was granted monopoly rights over the Po gas deposits and tried to exert pressure to extend this to the whole of Italy. These tactics brought it into conflict with the international oil companies, who felt their interests threatened by this newcomer.

ENI frequently clashed with the ‘Seven Sisters’ (as Mattei called his rivals) not only over trade in Italy, but also internationally. Its exclusion from the group to run Abadan, and the terms it offered for concessions in the Middle-East, are examples of this. ENI’s main problem was that it failed to find its own oil supply and efforts to bypass the ‘Seven Sisters’ caused diplomatic ructions.

The purchase of oil from Russia had Italy in trouble with its NATO partners. Negotiations with FLN leaders during Algeria’s struggle for independence threw French and Italian diplomats into conflict and earned Mattei a threat of assassination from the OAS.

Mattei gained the reputation of being a shrewd, hard working businessman devoting his energies to building up ENI. In doing this he showed that a state corporation can be as ruthless and efficient in the pursuit of trade as any private concern. ENI went in for takeovers and diversification which included petro-chemicals, engineering, motels and even textiles. II Giorno one of the leading Italian daily papers, belongs to ENI and when needed was used to further its interests.

Although Mattei was a Christian Democrat backed by the Roman Catholic church, he did not hesitate to drum up support from the so called Socialist and Communist parties. Disputes with foreign competitors were publicised in terms of anti-monopoly and anti-imperialist struggles. It is typical of the political confusion of these parties that they fell for this and took sides in their masters’ quarrels.


Mattei was a rebel of sorts, but his revolt was only directed against the established oil companies; its success could end only in making ENI one of them. His contribution was in helping to change Italy from an industrial backwater into a feared and respected competitor on the world market His terms of reference were those of the profit making system of capitalism.

Mattei died in 1962, in an air crash and it was expected that ENI would break up without him. To date it continues to prosper and is still involved in the commercial brawls of capitalism. At present ENI is in dispute with Russia over building a pipeline from Siberia to Italy, and with the new ruling class in Algeria over the price of their natural gas.

Mattei has been but one of thousands of “great" men thrown up by capitalism, with its rapid industrial advances, social upheaval and war. Unlike the capitalist heroes of the past—Rockefeller, Carnegie, Nuffield—Mattei was not the owner of the industrial empire he bossed. There are other men like him, in Russia and even in Britain, running state industry in the interests of a privileged few.
Joe Carter

Published under Joe Carter's pen name of 'Jef' in the original Socialist Standard.