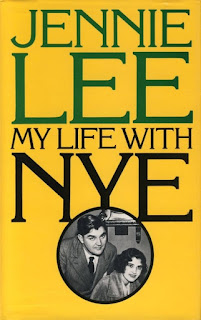 Book Review from the January 1982 issue of the Socialist Standard

They were both idealists who threw a great deal of energy into their political lives under the mistaken impression that capitalism could be adjusted to work in the interests of the working class.

The author makes several references to socialism but does not define it and one is left with the impression that, like so many people who regard themselves as revolutionaries, she means “nationalisation”.

Later, we find them helping to win World War II and when Attlee had ousted Churchill, Bevan threw himself into the task of building up the Health Service when he was not charging about the world rubbing shoulders with Tito and various other enemies of the working class.

From the socialist point of view there is very little of value in this book, although it is an interesting document in that it records the strong belief among many young people of the nineteen-thirties that Russia was being formed into a workers’ paradise. They can now see how wrong they were. The so-called Communist Party was strong in numbers and even managed to get two members into Parliament. Now, world events have reduced CP membership and those who are left are disenchanted with recent events in Poland and Afghanistan.

Bevan may have been sincerely anti-capitalist in his early days but it seems that he came to the conclusion it was not so bad after he had ceased to be a wage-slave.

As a personality, Bevan was probably everything that Jennie Lee has said that he was, but he was definitely not a socialist.