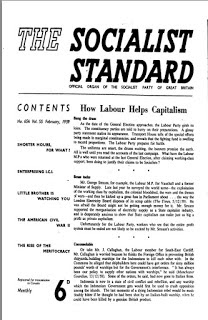 1. A Survey of the Problem

It has long been known that economic factors have an immense amount to do with health, although opinions vary on "why" and "how" health is so influenced. Frederick Engels, in his Conditions of the Working Class in England in 1844 wrote: "Society in England daily and hourly commits social murder; it has placed the workers under conditions in which they neither retain health nor live long; it undermines the vital force of these workers gradually, little by little, and so hurries them to their grave before their time.” If conditions in this country have changed somewhat since 1844, in many parts of the world these things still apply. It has been stated by Lord Boyd Orr that two-thirds of the world’s population are still living below the standards of normal nutrition—in other words, they are suffering from malnutrition, and are destined to die of malnutrition if they don’t first succumb from some other condition.

In 1938 Dr. Scott Williamson and Dr. Innes Pearce, of the Peckham Health Centre, examined 1,530 men, women and children, and in only 9 per cent. did they find nothing wrong. Eight per cent. were diseased and were under treatment. Eighty-three per cent. had something wrong and were doing nothing about it—and this was only twenty years ago and in a large town where every help should be obtainable. It constitutes a great indictment that something appalling is wrong, and whatever it be that is wrong, it has a causative factor behind it.

This report did not suggest in what way the food was inadequate, for it might well have been inadequate in quality, i.e., deficient in nutritional value, or insufficient in quantity, or both.

It can be observed quite easily that there is a considerable difference in the distribution of illnesses between the rich and the poor. Dr. Spence (Medical Officer of Health for Newcastle-on-Tyne), in his annual Report for 1933, declared, “Since the high incidence of apparent malnutrition is not found in the children of the better class families, it is due to preventable causes. Ill-health, therefore, is not only very widespread, it is unevenly distributed, the poor being much more prone to illness than the rich.” The late Dr. Drysdale, Physician to the Metropolitan Free Hospital, London, many years ago said that, “while 8 per cent. of the infants of the rich died, the death rate among the very poor was often 40 per cent.” According to this, full health is an idle dream so long as poverty persists. Quotations of this kind are unfortunately conspicuously lacking as the authorities have the knack of recording very few of them, and don’t seem to encourage research along these lines. They have the idea (or seem to) that it is not too healthy (politically) to paint the picture too black against their own administration. Yet, Sir George Newman more than once declared, “Health is a purchasable commodity.”

When Sir George Newman was Chief Medical Officer to the Ministry of Health and the Board of Education, he stated in 1920 that not less than a million children of school age were so physically or mentally retarded, defective or diseased as to be unable to derive benefit from the State Education provided.

Public Opinion in Preventative Medicine
An article appeared in the Lancet (organ of the British Medical Profession), for 5th December, 1942, and in commenting on the Beveridge Report—the forerunner of the National Health Service—declared : “The greatest single cause of ill-health and sub-optimal health, mental and physical, is not a virus or a bacterium, but poverty. So it is the doctor’s duty to fight poverty with even greater vigour than He fights the diphtheria bacillus.”

If we look at the maternal mortality figures for different districts of London we notice that the maternal mortality for Bermondsey and Paddington (industrial districts), is four times as high as Westminster, and six times as high as Kensington, and twice as high as the average for Greater London. Letchworth, a relatively prosperous garden city with 10,000 insured workers in 1938 out of a total of 17,000. had no maternal deaths in the five years prior to that date.

Another very striking quotation: “During the period 1935 to 1937 more than 10,000 expectant mothers in the poorer districts of South Wales were given special food supplements during pregnancy. As a result the death rate in this group was only about a quarter as great as that in 18,000 who received no food supplements.” There are a host of similar figures to prove this.

An interesting experiment has been tried which shows beyond any shadow of doubt the tremendous influence of economic factors on health. In the Papworth Village Settlement for sufferers from tuberculosis, the children living with their tuberculous parents do not develop the disease in spite of this close contact. Sir Pendril Varries Jones, the founder of the Settlement, gives the following reasons for this immunity, reasons which are, in themselves, a striking comment on our society; 1. Adequate food supply. 2. Adequate and prolonged parental income. 3. Freedom from anxiety. 4. No risk of unemployment after breakdown. 5. Proper housing. 6. Public opinion which makes it possible to observe the necessary hygienic conditions without being laughed at. He sums up with the remark, “Economic conditions determine the spread or otherwise of the disease.”