Running Commentary: Cause for alarm (1981)

A recent report by the Greater London Council makes quite clear that those who control London’s fire brigade have more than one eye upon their balance sheets!

The cost of running the Brigade has risen considerably in recent years — from the net revenue estimate of £53.2 million in 1978-9 to nearly £65.3 million in 1979-80. Of the £65.3 million estimate for 1979-80 staff costs account for almost £54.2 million, emphasising the labour-intensive nature of the Brigade. (The Future Development of the London Fire Brigade -Discussion Document).

The GLC has responded to the government’s concern to cut public expenditure by reducing the number of operational appliances, reducing the level of manning (from that settled between the FBU and the GLC in 1974) and proposing to shut down the River Station at Greenwich. All this is bound to result in inferior fire services. The reduced number of firemen and fire appliances will affect the speed with which emergency calls can be dealt with. And emergency fire calls in London are increasing: in 1965 there were 39,566, by 1974 the figure had increased to 87,307, it was 111,520 in the drought year of 1976 and the London Fire Brigade Management Study Group have projected that by 1985 the number of emergency calls per year will reach 168,000. Is this the time to start cutting services?

Lord Denning, speaking in the Court of Appeal in 1971, stated that: “The snatching of a fellow human’s life from a terrifying death may easily turn on a quarter of a minute—a matter of seconds”.

In the same case, Joseph Milner, then Chief Fire Officer of London, pointed out that: “It is well known in the Fire Service that the speed of attack is crucial to the control and extinguishment of a fire, and that the driver of a fire appliance knows that the risk to life and property is increased by any delay in getting to a fire.”

Workers in the fire service will freely tell you that cuts spell delays. In London there are extra reasons why services will be deficient. Firstly, the fire cover for the new Docklands Industrial complex has been reduced, meaning that less money has been allocated to protecting the massive industrial area than was advised by fire experts. Secondly, the expanding tourist industry involves the existence of thousands of hotels and these are notoriously prone to catch fire. Faced with the need to send fire appliances to a burning warehouse containing millions of pounds worth of commodities and to attend a small fire in a council flat, if there are reduced services, priorities will have to be made.

If readers are in any doubt about the callousness of the capitalist administrators towards human life they need only think back to the 1977 Firemen’s strike. Remember how they brought in inexperienced blacklegs from the army to break the strike? Remember how the Labour Home Secretary, Merlyn Rees, refused to meet the wishes of the FBU? Remember how the media tried to portray striking firemen —who only the week before were shown as dedicated, brave men-as irresponsible, anti-social militants? It is quite possible that declining conditions in the fire brigade will cause the FBU to call another strike. If they do, and if lives are lost as a result, workers should not condemn the firemen for their necessary participation in the class struggle. They should blame the social system which leads to strikes and other events which result in public suffering.


What next in Poland

Socialists welcome the heroic efforts of the working class in Poland to achieve trade union and other rights. Freedom of speech and freedom to organise politically are essential for the existence of a socialist party. But the chief essential must be a working class which understands and wants socialism. Sadly, that is not yet present in Poland (any more than in Britain).

In an interview in the Guardian (3.11.80) “Eva, a leading dissident intellectual, was asked what sort of society does Solidarity really want?” Eva hesitated. “I suppose people differ, but very few of us could be called socialists at all. We would even welcome multi-nationals and big combines. In theory we would not mind having capitalism back —not on the American pattern but like Sweden or Denmark.”

It has to be admitted that while people like Eva imagine that they could have capitalism “back” —as though Poland has ever had anything other than a society of wage slaves producing goods not for use but for sale on a market —the idea of socialism hasn’t yet got off the ground. 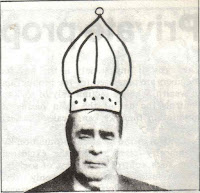 Those readers old enough to remember the days of Stalin will readily recall the sycophancy which surrounded the Great Leader. After his death, the Bolshevik gang went through the motions of deploring the Cult of Personality — of which they had all been the leading exponents. They are now building, at a place called Malaya Zemlya —the scene of a battle which nobody has heard of — a vast monument which will show the great martial deeds of the present Stalin, Brezhnev, who indeed has been created a Marshall.

The battle was of minor consequence but is now being upgraded to the rank of a Stalingrad as a turning point in the war. Brezhnev’s part was unknown at the time but his heroism is now the subject of a book which won the top literary prize in Russia. Real authentic stuff, that was. Brezhnev wrote it himself.

A song about the battle is now frequently played on Moscow Radio. It is not made clear if Brezhnev also wrote the words and music and performs it at the Bolshoi in person. According to a newspaper called Babinsky Rabochy (which no doubt exists even if you’ve never heard of it), Brezhnev is “the outstanding Marxist-Leninist political figure and statesman of the modern age”. No, he didn’t write that himself, there being no shortage of Communist hacks (this one was called Geidar Alieyv) to do the jobs for this latter day Stalin.

One charge that cannot be laid against Enoch Powell, with regard to his views on inflation, is that he is not ruthlessly logical. Despite being no supporter of trade unions, he is quite prepared to admit, even proclaim from the rooftops, that you cannot blame inflation on workers’ demanding higher wages. Speaking at a conference in London on 14 November he denounced the new 6 per cent limit on pay rises in the local government sector as “folly”. After saying that governments alone cause inflation by increasing the money supply (a view the present Tory government is supposed to accept), he went on:

On that view, pay rises generally, like other price increases generally, are not the cause but the inevitable consequence of inflation, and you might as well try to stop the rain by screaming at people not to get wet as to try to combat inflation by telling pay and prices not to respond to it. (The Times, 15 November)