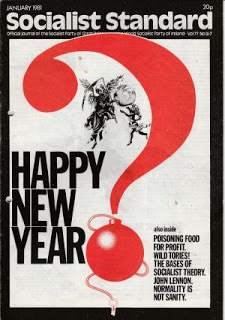 Everyone, whatever their political views, will have been disturbed by press reports of the brutal killings performed by the man the media have labelled “The Yorkshire Ripper”. Since the murder of student, Jacqueline Hill on 18 November “the 4,000 women students at Leeds University were coming to terms with the fact that they must not walk alone at night”, (the Guardian 21.11.80.) The police warn that the killer’s “record of street attacks shows that the main danger comes anywhere within dragging distance of a dark and secluded place —open land beyond the range of street lighting, a dark alleyway, backyards, a patch of wasteland. Those are the places to avoid, and there are far too many of them for a woman to walk safely by herself at night”. This restriction on the liberty of women to walk in safety after dark has been a feature of life in West Yorkshire since October 1975 when the “Ripper” first struck. For some working class women in the Leeds-Bradford area this has meant an almost total dependence upon male protection during the conventional leisure period of the day.

What has this insecurity got to do with socialists? Is it not simply an inevitable result of an inherent mile urge to have their way with women? Should we not leave such cases to the police and confine ourselves to discussion of political economy? And aren’t attacks on women an issue for feminists rather than socialists? We are obliged to respond to these questions and the only answer we can give is that the problems facing approximately one half of the working class are very much the concern of the only party which stands solely for the interest of the working class as a whole. The insecurity which women face cannot be solved within capitalism.

Capitalism has historically created a role for working class women as the attendants to male wage slaves. Not all working class women conform to this role, but most still do. This position has been sanctified by religion (it is the woman’s holy duty to be a wife and mother); by morality (the unmarried woman is seen to be either promiscuous or incomplete); by the education system (girls are still segregated in terms of what they learn at school and what opportunities they have when they leave school); and by law.

The conditioning of male and female attitudes to womanhood goes on all the time. The adverts state what the ideal woman should look like; the fashion and cosmetic industry tell her what to wear; the cinema helps influence her speech and her style; women’s magazines trivialise her experience; problem page hacks inform her as to whether or not she is a “proper” woman. Men’s attitudes to women are similarly conditioned. Young boys soon learn to talk about females as sources of satisfaction. Notions of virility traditionally imply dominance, aggressiveness and ruthlessness—the very characteristics which, if frustrated in conventional social contact, can produce the brutality of a vicious attacker. Porn magazines and sex movies teach men to idealise a submissive, consumable womanhood. Women are to be won, bought or coerced: married, hired or raped. In a society where pleasure is a commodity to be bought, and sold what else can be expected than what Marx rightly called “a system of prostitution both public and private”? (The Communist Manifesto). The private prostitution referred to was discussed in an article in the January 1908 Socialist Standard entitled, “No More Family Life”:


The present social system is based upon the ownership of private property, and the marriage contract is in essence a property contract. The single sentence from the Marriage Service, “with all my worldly goods I thee endow” is indicative. of this, especially as the recipient of this cornucopean shower immediately surrenders all control over it by promising to “love, honour and obey” the benevolent “bestower”.

The Guardian, reporting the recent murder of Jacqueline Hill, who was a religious Sunday School teacher, made an indicative comment:


The killing points to a worrying change in the Ripper’s victims. He first murdered a Leeds prostitute in October 1975, but the last time he murdered a known prostitute was two and a half years ago. His last two victims . . . were both respectable girls (20.11.80).

The assumption here is that if women are not “respectable” it is less “worrying” for them to be murdered. Respectability through the editorial eyes of the Guardian, which supported two world wars in which millions of people were killed, is not the best criterion for the right to be free from sexual assault.

We would do better to think about the kind of sick society which produces men like the “Ripper”. He has been driven to his perversely anti-social behaviour by a system of living which on the one hand treats sexual activity as a social taboo and on the other trivialises and sensationalises the sexual act, so producing neuroses in those who do not conform to the image. If you have a social order which glorifies war there is no point in crying out in indignation at the violence of modern youth; if you have a society which turns sex into a commodity, don’t be surprised if some take without paying.

Feminists are mistaken if they believe that the need for social change is a women’s issue. Not all women are in a position of social inferiority: capitalist women who travel about in chauffeur-driven cars have no need to go on marches to “reclaim the night”. The problems facing working class women are rooted in their class position. The basis of their insecurity is their alienation from the means of wealth production and distribution. Wage slavery is not in the interest of either male or female workers, although admittedly, for some women being the slave of a wage slave amounts to even greater insecurity and powerlessness than that faced by working class men.

To demand that male and female workers stand in equality as wage slaves is an impoverished and futile reform because wage slaves can never attain real social dignity, even if men and women workers are treated the same by their employers. It may be utopian to want a society in which people never offend against one another, but it is not utopian for socialists to want a society which does not give rise to the brutal behaviour which is an everyday feature of capitalism. In a society where all men and women stand in equal relationship to the means of life, where norms will not be dictated from above, where there will be sexual freedom and diversity, such cases as the Yorkshire Ripper will be a nightmarish reminder of an uncivilised past.