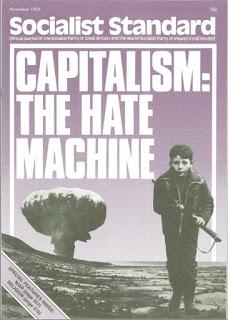 Who can now doubt the existence of the iron fist of the state? With the miners' strike now in its seventh month, the velvet glove of rhetoric about justice and the rule of law has been revealed as thread-bare. At each stage of the policing and judicial process the liberal concepts of justice and equality before the law have been cynically abandoned in the case of striking miners. We should not, of course, be surprised since the tactics used by the police and courts have been tried and tested in Northern Ireland and during the inner city riots in St. Pauls. Toxteth and Brixton — Dip-lock courts where judges sit alone without juries are paralleled in the use of stipendiary magistrates; internment without trial has its counterpart in the use of bail conditions which severely curtail freedom of movement even though criminal charges may not. in the end, be brought; and the militarisation of the police in recent years.

From the very start of the strike the police have implemented contingency plans that had been formulated long before the beginning of the present dispute. The “intercept” strategy — attempts by the police to prevent miners getting to the collieries to picket by setting up road blocks — was put into operation despite the fact that the police have no powers in this country to set up road blocks under existing laws. (The Police and Criminal Evidence Bill currently being enacted does give the police this power, but at present it is not law.) Suggestions have also been made that the police have removed, or tampered with road signs with the intention of confusing miners travelling to picket lines outside their own areas. So much for freedom of movement!

For those workers who do manage to get to the picket lines with the intention of trying peacefully to persuade their fellow workers to join the strike, there is the risk that they will be subject to indiscriminate arrest by police “snatch squads”; cavalry charges by police in riot gear on horses carrying batons; and verbal and physical abuse. Allegations by miners that during certain picketing incidents they have been subjected to physical mal-treatment by the police both during and after arrest are too numerous and too consistent to be disregarded. These policing tactics are being implemented by what has become a national police force organised by the National Reporting Centre. In order to avoid outraging local councillors — both Tory and Labour — who are implementing its penny-pinching policies on public expenditure, the government has now decided to pay for the extra cost of policing the strike. “Law and order" has once again been shown to be exempt from the cash limits imposed on other areas of public spending like health care, housing or education.

After their arrest striking miners are frequently subjected to political questioning by “plainclothes policemen" on areas wholly unrelated to the spurious offences with which they have been charged. The types of questions asked clearly reveal the intentions of the interrogators and those who have deployed them. Miners are commonly asked to reveal who organised the picket, how much they are paid for picketing, how their action is co-ordinated, whether they are union officials, what are their political affiliations, what their views are on the trade union movement, unemployment and related topics. Miners who refused to answer such questions have then been subjected to threats that they would continue to be held in police custody until they came up with the information required.

Once they have been charged miners go through the farce of appearing in court for the purpose of getting bail. At this point in the process the political use of the courts is at its most blatant. Under the terms of the Bail Act magistrates should decide whether or not bail is appropriate given the circumstances of a particular individual and whether conditions should be imposed. In the case of striking miners bail has been almost universally conditional upon the accused not attending NCB property in connection with the dispute, except their own place of work. In some cases the conditions imposed — that the accused should not go out between the hours of 11.00pm and 9.00am, or that he should not enter a specified area such as the county of Nottinghamshire — have amounted to a curfew.

Early in October a High Court hearing began concerning this issue. The NUM allege that Mansfield Magistrates Court, in particular, has been operating a blanket policy of bail conditions in flagrant disregard of the Bail Act. Evidence was given to the court that pre-prepared printed bail conditions were merely stapled to the bail form as pickets were brought before the courts, whether or not the miner was of “previously good character” and whatever his circumstances. It is unlikely that the NUM will win the action since the dice are loaded against them; however, their failure to do so will add to the considerable evidence that is accumulating to show that the courts are not impartial.

There can be little doubt that bail in these cases is being used as a means of social control, as a way to keep miners away from picket lines. This contention is given extra weight when the rate of successful prosecutions is considered. The conviction rate in magistrates’ courts is usually very high (around 90 per cent), but in the case of pickets there is evidence to suggest that the rate of successful prosecutions is much lower. The charges brought are frequently vague (behaviour likely to cause a breach of the peace; obstruction) or derived from obscure and archaic legislation. They are also often based on the flimsiest of evidence, with the result that the police are. in a significant number of cases, dropping the charges (sometimes the night before the case is due to be heard) or not offering any evidence at all. Although it is too early to give firm statistics — the cases are only just beginning to be heard in large numbers — a preliminary survey of cases from the South Yorkshire area showed that more than 60 per cent of miners charged have been subject to bail conditions curtailing their freedom of action and movement for considerable periods of time (on average 124 days in the cases in the survey referred to) only to have the charges against them either withdrawn, dismissed or not proven.

It is possible that this pattern will alter now that the government has sent in stipendiary magistrates to deal with the backlog of cases. These are professional, paid magistrates who sit alone and who are not noted for their leniency. Again the liberal notion of judgement by one’s peers has been shown to be an expedient that the ruling class will dispense with when it is under threat.

Members of the working class arrive at an understanding of the contradictions of capitalism and the case for socialism through a variety of means, one of the most important of which is their own experience. To expose the rotten core of capitalism and its coercive arms — the state, the police and the criminal justice system — will not necessarily result in a socialist consciousness, but making the nature of the state transparent can only contribute to the undermining of the belief — still prevalent among significant sections of the working class — that the administration of justice in capitalism is impartial. The miners’ strike, whatever its outcome, will have demonstrated that the liberal rhetoric of justice and equality before the law is meaningless given the basic inequality of capitalism. The remedy is not to try to make the courts and police fairer or more impartial but to do away with the need for them altogether; and that can only be brought about if the working class collectively and co-operatively work together for socialism.
Janie Percy-Smith