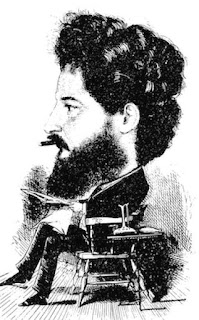 From the February 1984 issue of the Socialist Standard

We reproduce below an extract from Morris's 1885 pamphlet Useful Work versus Useless Toil which summarises his general position rather well as well as illustrating his style of writing.

There is a certain amount of natural material and of natural forces in the world, and a certain amount of labour-power inherent in the persons of the men that inhabit it. Men urged by their necessities and desires have laboured for many thousands of years at the task of subjugating the forces of Nature and of making the natural material useful to them. To our eyes, since we cannot see into the future, that struggle with Nature seems nearly over, and the victory of the human race over her nearly complete. And, looking backwards to the time when history first began, we note that the progress of that victory has been far swifter and more startling within the last two hundred years than ever before. Surely, therefore, we moderns ought to be in all ways vastly better off than any who have gone before us. Surely we ought, one and all of us, to be wealthy, to be well furnished with the good things which our victory over Nature has won for us.

But what is the real fact? Who will dare to deny that the great mass of civilized men are poor? So poor are they that it is mere childishness troubling ourselves to discuss whether perhaps they are in some ways a little better off than their forefathers. They are poor; nor can their poverty be measured by the poverty of a resourceless savage, for he knows of nothing else than his poverty; that he should be cold, hungry, houseless, dirty, ignorant, all that is to him as natural as that he should have a skin. But for us. for the most of us, civilization has bred desires which she forbids us to satisfy, and so is not merely a niggard but a torturer also.

What shall we do then, can we mend it?

Well, remember once more that it is not our remote ancestors who achieved the victory over Nature, but our fathers, nay, our very selves. For us to sit hopeless and helpless then would be a strange folly indeed: be sure that we can amend it. What, then, is the first thing to be done?

We have seen that modern society is divided into two classes, one of which is privileged to be kept by the labour of the other — that is, it forces the other to work for it and takes from this inferior class everything that it can take from it, and uses the wealth so taken to keep its own members in a superior position, to make them beings of a higher order than the others: longer lived, more beautiful, more honoured, more refined than those of the other class. I do not say that it troubles itself about its members being positively long lived, beautiful or refined, but merely insists that they shall be so relatively to the inferior class. As also it cannot use the labour-power of the inferior class fairly in producing real wealth, it wastes it wholesale in the production of rubbish.

It is this robbery and waste on the part of the minority which keeps the majority poor; if it could be shown that it is necessary for the preservation of society that this should be submitted to, little more could be said on the matter, save that the despair of the oppressed majority would probably at some time or other destroy Society. But it has been shown, on the contrary, even by such incomplete experiments, for instance, as Co-operation (so called) that the existence of a privileged class is by no means necessary for the production of wealth, but rather for the ‘government’ of the producers of wealth, or, in other words, for the upholding of privilege.

The first step to be taken then is to abolish a class of men privileged to shirk their duties as men. thus forcing others to do the work which they refuse to do. All must work according to their ability, and so produce what they consume — that is, each man should work as well as he can for his own livelihood, and his livelihood should be assured to him: that is to say, all the advantages which society would provide for each and all of its members.

But since men live now, badly as they live, when so many people do not produce at all, and when so much work is wasted, it is clear that under conditions where all produced and no work was wasted, not only would everyone work with the certain hope of gaining a due share of wealth by his work, but also he could not miss his due share of rest. Here, then, are two out of the three kinds of hope mentioned above as an essential part of worthy work assured to the worker. When class robbery is abolished, every man will reap the fruits of his labour, every man will have due rest — leisure, that is. Some Socialists might say we need not go any further than this; it is enough that the worker should get the full produce of his work, and that his rest should be abundant. But though the compulsion of man’s tyranny is thus abolished, I yet demand compensation for the compulsion of Nature’s necessity. As long as the work is repulsive it will still be a burden which must be taken up daily, and even so would mar our life, even though the hours of labour were short. What we want to do is to add to our wealth without diminishing our pleasure. Nature will not be finally conquered till our work becomes a part of the pleasure of our lives.
Posted by Imposs1904 at 1:29 PM