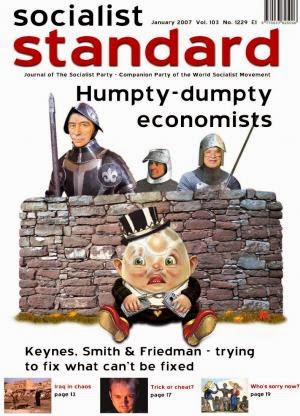 From the January 2007 issue of the Socialist Standard

"Tony Blair" and "apologise" are not words which, silkily together, slip off the tongue. So there was a tremor of excitement at the prospect that he was about to mark the bicentenary of the legal abolition of the slave trade in this country by offering a full, constructive apology for Britain's part in that trade. A number of organisations and individuals who had been campaigning for such an apology held their breath, probably in realistic cynicism rather than hopeful expectation. And this is what Blair said:


"It is hard to believe that what would now be a crime against humanity was legal at the time . . . Personally, I believe the bicentenary offers us a chance not just to say how profoundly shameful the slave trade was - how we condemn its existence utterly and praise those who fought for its abolition - but also to express our deep sorrow that it ever happened, that it ever could have happened and to rejoice at the different and better times we live in today".

This prime example of the subtle arts of New Labour's speech writers was a long way short of a proper apology as it expresses sorrow that slavery ever happened rather than that Britain played such an important part in it, with the consequent enrichment of this country's commerce and industry. Slavery did not just "happen"; it was an important part in the development of British industry and trade, bringing in the wealth which gave rise to cities like Liverpool and Bristol and the establishment of Britain as the dominant power in world capitalism. In that cause, what did it matter that a few million people from places like West Africa suffered and died, through appalling cruelty, neglect and disease.

Slave Ships
The slave trade was made possible when, among the birth pangs of capitalism, the mercantile states developed ships more capable of riding out the most savage of weather together with navigation techniques which, although in their infancy, served to guide ships across the world. As slavery throve it nourished the plantations in the Americas - where the cultivation of cash crops such as tobacco and sugar was labour intensive -  and the industries in Britain which made the goods to be exchanged for the slaves. Also prospering were the African rulers whose part was capturing the slaves and delivering them to the misery and terror awaiting them in the ships. Before 1698 the Royal African Company had a legal monopoly on all trade between Britain and Africa but as the slave trade developed the traders of Bristol, through the Society of Merchant Venturers, moved to get a share of what they foresaw as a highly lucrative business and, with the support of other ports, they eventually succeeded in breaking the Royal African Company's control. It was all done properly, with due regard to the legal processes through Parliament; along the way it was overlooked that the squabbling was all about trading in human beings.

The British merchant navy was ideally positioned for this and at the height of the slave trade thousands of its ships participated, including the fearsome middle passage when the slaves were taken from the Atlantic coast of Africa to the Caribbean islands or America. There has been no exact estimate of the numbers of slaves involved; between 1450 and the beginning of the 19th. Century it ran into tens of millions, of which British ships carried more than 300,000 a year, all meticulously documented with cargo manifests and bills of lading. The slaves were shackled and packed tightly into the ships' holds, in conditions such that as the ship approached the end of its journey its smell of combined blood, faeces, vomit and putrescent bodies preceded it like some morbid bow wave. The high death rate during the voyages, while regrettable to the owners, was accepted as a depreciation of their stock, as might happen in any other business. In one case when a ship was badly delayed by fierce headwinds the captain threw 133 of the 440 slaves overboard, then claimed it as an insurable loss. The matter was contested by the insurance company and argued out in court by lawyers in their wigs ands gowns and heard by a judge, who decided in the captain's favour, just as he might have done if the cargo had been cotton goods or weapons or whatever.

Campaign
The campaign to get Tony Blair to apologise for this atrocious episode in human history was concerned with the significant contribution it made to the rise of the British ruling class to pre-eminence in world capitalism and the historical damage to the slaves' descendants. Esther Stanford, the secretary of Rendezvous of Victory, an Africa-led pressure group, presses for a national commission to examine the resultant injuries in education, family life, culture and economic standing and prospects. "It will cost" was how she summed it up, as if she really is optimistic that the conclusion of the commission would, against all precedent, be other than a cover up. It was apparent that the careful wording of Blair's statement was designed to avoid encouraging any claim for reparation. After all, he may have reasoned, British participation in slavery was abolished two hundred years ago; the British ruling class were enriched over centuries through their wars, colonising and repression. A great deal of blood was been spilt and misery caused in the process. Why should they start thinking about reparation now?

Then what about the other countries which were also enriched by the trade - countries like Holland and Portugal? And those which prospered through accepting and working the slaves - like America and Brazil? And then there were the native rulers in Africa, who fought wars to capture slaves and did not hesitate to sell their own subjects? The journeys of those slaves, from the interior to the ports, were notable for a cruelty which was as savage as they experienced during the voyage. Meanwhile the working people of Britain were not being enriched; some of their suffering was described by Lord Shaftesbury, when he recounted to the House of Lords the condition of children he had seen at the factory gates: " . . . sad, dejected, cadaverous creatures. In Bradford especially the proofs of long and cruel toil were most remarkable. The cripples and distorted forms might be numbered by hundreds, perhaps by thousands". Those people, and thousands of other elsewhere in similar circumstances, were as much victims of the rise of industrial capitalism, as the slaves. In a letter written in 1833, the campaigning poet Robert Southey commented on the condition of the working class in Britain: "The slave trade is mercy compared to it".

No Apology
If Rendezvous of Victory wish to pursue a claim for compensation for the slave trade a likelier defendant would be the descendant class of those who prospered as a result of the trade - including the Church of England and the older universities. The working class were not enriched by the trade and in any case they have nothing with which to compensate the slaves' descendants. A more realistic campaign would be aimed at compelling Blair and his ministers to apologise for the crimes which the ruling class have committed against humanity. And while they are about this mountainous task they might also say a few remorseful words about what their government has been responsible for. No hint of a retraction emerges from Number Ten about the Weapons of Mass Destruction lie, compounded by the Dodgy Dossier. There has been no regret expressed for the tens of thousands killed in Iraq as a direct result of the invasion there and of the chaos into which that country descends, day after day, while the government claim that Iraq is a stable democratic state with an ecstatic future. New Labour mouthpieces continue to rant about their alleviating poverty, in face of evidence to the contrary. A recent study by Shelter revealed that one in seven children in this country are in temporary or unsatisfactory housing - in other words are homeless, which means they are twice as likely to suffer poor health. To put a figure on it, there are 1.6 million children whose standards of housing make them more likely to have respiratory problems such as asthma and bronchitis.

Capitalism ruthlessly exploits its underclass of workers, without any reason for apology or reparation. It cannot be otherwise. Without apology, we campaign to end the system.