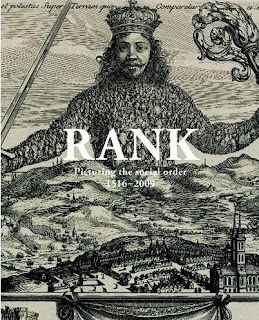 Exhibition Review from the April 2009 issue of the Socialist Standard

"Rank" is an art exhibition organised by Alistair Robinson of the Northern Gallery for Contemporary Arts in Sunderland and on display across the North until the autumn. Its subtitle, "Picturing the Social Order 1516-2009", pretty much describes its content – a collection of visual depictions of class throughout the centuries. The early material, including a full set of Gustave Doré and Henry Mayhew prints, as well as fascinating and detailed Booth's poverty map, is excellent and well worth seeing. Sadly nothing so complimentary can be said about the modern material. Where not dominated by slickly produced but impersonal graphs and charts, it is crude, amateurish and incomprehensible.

However, it is not simply a difference in style but a difference in message. Despite the statement by the organisers that "Rank, Situation, Class and Hierarchy are still with us" the message of the moderns is nothing of the sort. Instead of the notion of social class - us and them, whether for good or bad – butchly depicted by the traditional material, we are presented with mere economic inequality – a range of economic states from the long term unemployed (17.5 percent of the population apparently) to the professional or manager. The slogan "No Them - Only Us" prominently displayed in "Rank" becomes one of ersatz social inclusion, a brushing over of the real divisions between owner and owned, a con job which no recipient of a wage, pension or dole - payments from our masters - should take in.

Class is not a moral issue of inequality as depicted here but a social question of ownership and control, whose effects are not just poverty in the narrow economic sense but have echoes throughout society: the machine-like, distorted nature of work – the hellish grind we call wage slavery, the degradation of family and social life; the subjection to the tyranny of the state power; above all, the sense that life under capitalism is not a full human one but one in which the worker is reduced to a unit of production and consumption.

The reduction of class to mere economic inequality – the patronising image of the starving little black baby and the single mother living on baked beans (which thankfully we were saved from in "Rank") – minimises and marginalises the results of class divided capitalist society. Without the knowledge of class as a social relationship with real personal effects, the worst of which we can mitigate through collective action called the class struggle, the socialist movement would becomes little more than a charity.

Particularly irritating in "Rank" was the obligatory Karl Marx quotation. The Big Beard's works are literally crammed with punchy one liners yet this is a (deliberately?) dull and long winded quote from The Communist Manifesto, which as even the dumbest social science graduate knows was written by Marx and Engels (the latter possibly having a larger contribution). It accompanies a Dyson cartoon depicting John Bull happily dancing to Master Capitalism's tune. Given his well known interest in class struggle - resistance to the gay dance – this doesn't really show much respect to Chucky does it?

“Rank" is on display at the Leeds Art Gallery until 26 April, then at the Northern Gallery for Contemporary Arts in Sunderland from 15 May to 11 July, and finally at the Grundy Art Gallery, Blackpool from 24 July to 5 September.
KAZ
Posted by Imposs1904 at 2:31 PM