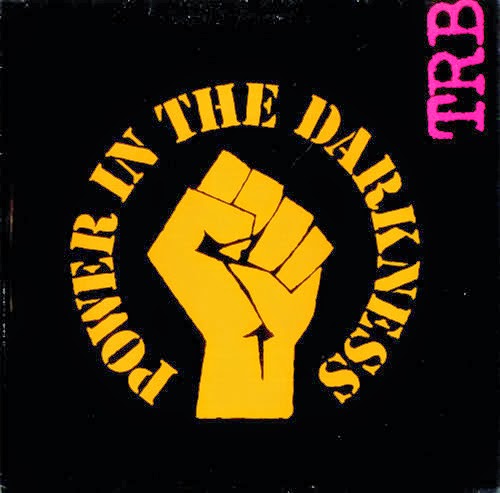 From the June 1978 issue of the Socialist Standard

Tom Robinson Band reviewed in concert and on record.

With lyrics asserting hat "When Left is Right and Right is wrong/You'd better decide which side you're on", Tom Robinson is being hailed as "our first red rock star." Time Out, however, described the Tom Robinson Band's music as "songs for swinging social workers" thus neatly acknowledging an affinity between the Socialist Workers' Party's elitism and TRB;s condescending tone as in Ain't Gonna Take It: "I'm a middle-class kiddie but I know where I stand / I've got brothers in Brixton . . . "

Essentially TRB put over the agitprop of minority pressure group politics, sharing the same false assumptions that they need only "stand up and fight for their rights" against the "puritanical backlash" portrayed in  Power in the Darkness. Despite this, they do make clear that the problems of various minorities should not be seen in isolation but that "we are all in it together."

It's too easy to knock TRB's songs as merely patronising platitudes when after all, what constitutes socialist music? Even if it were desirable, few would want to listen to a Marxist liturgy let alone a rock version of "sing along with ma(r)x". Music, to be successful as propaganda, must be emotive with lyrics of protestation.

TRB's music is successful because it fulfills both these conditions. The result is powerful and infectious though at times somewhat frightening for, as the Gay News review warned, "some of the lyrics are dangerously simplistic evoking a Pavlovian response in their listeners." This is illustrated by the unfortunate clenched fist gesture audiences copy from the band's insignia and use during the more aggressive numbers, which in other circumstances might be classified as a nazi salute. The emotive power of the music is shown by the oft-remarked enthusiastic response by straight audiences to—what has become the gay anthem—Glad To Be Gay.

But emotive responses aren't sufficient in themselves to make socialists, however well intentioned. Rational insight into the nature of capitalism must accompany the gut reaction. For in focusing attention on the oppression of minority groups (gays, blacks, women, etc.) by authoritarianism, police harassment, machismo and violence, these come to be seen as the cause and thus the target of protest rather than realising these to the inevitable effect of capitalism. Urging us to stop "Fighting each other/Instead of the Front" perpetuates the erroneous notion that eliminating the NF will eradicate racist ideas. The inverse is true; removing racist ideas by showing how the  inherent problems of capitalism, create them, will permanently eliminate the NF.

The necessity of simple lyrics in musical verse offers the possibility of only brief insights into the nature of oppression though the reactionary views of "Benyon and Whitehouse getting us stitched/'cos abortion and the gay scene are only for the rich" in Ain't Gonna Take It illustrates well the class nature of oppression and hypocrisy.

But it is in attacking the cherished assumptions of capitalist society that TRB succeeds best. Like, for instance, the satire on the adolescent youth in Grey Cortina, aspiring to emulate the aggressive "Cortina owner, no-one meaner" which is scathingly ironical in lampooning the mindless image of the macho driver. "Chewing gum at traffic light/Stop at red but leave on amber/Grey Cortina outta sight". Yet the paradox is that while debunking machismo in this number, elsewhere (e.g. Up Against The Wall) the necessary use of powerful music to express anger gives the impression of aggression found in "conventional" rock bands.

TRB's success in moving from the obscure pub performing circuit to EMI contracted recording stars has caused political pundits to debate the possibility of TRB having to compromise their political stance through commercial pressure. Yet with the recent release of their first album* containing their most 'political' songs it would seem that EMI have shrewdly realised their market potential among at least the 'left', if not the general public, (e.g. EMI advertise "Rock Against Racism" on the record sleeve and the giveaway gimmick is a TRB clenched fist stencil with the "caution", "This stencil is not meant for spraying on public property!") Tom Robinson himself, in an interview with Melvyn Bragg on The South Bank Show (ITV 13 May) quite candidly admitted that his ambition was to be a rock star and that "music is his first concern". And with those political impresarios the SWP exploiting the slogan type lyrics for their own propaganda 'Carnivals' (see accompanying article) it would seem that any 'commercial' pressure to influence TRB is likely to come from the listening expectations of their supporters.

In an interview in New Musical Express Tom Robinson reckoned he had no "illusions about the political left any more than the right: just a shrewd idea which of the two sides gonna stomp on us first". Unfortunately his "shrewd idea" is merely an "illusion", for 'left' and 'right' are only different sides of one record, variations on the same theme—capitalism.

* "Power in the Darkness" by Tom Robinson Band (EMI Records)