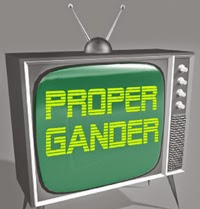 The first episode focuses on an ‘open secret’ of the capitalist marketplace – planned obsolescence. This is how the lifespan of a commodity is deliberately reduced by the way it’s designed. Doing this means that manufacturers can manipulate us into buying a replacement and therefore increasing their profits. This approach has been applied to many products since a cartel of lighting luminaries agreed to limit the lifespan of lightbulbs in the 1920s. More recently, ink cartridges have been fitted with counters which click down when each page is printed. Our printers tell us that the cartridge needs replacing when the counter reaches zero, not when it actually runs out of ink.
Planned obsolescence not only relates to how a commodity is made, but also how it is perceived. Often, a product only lasts as long as we’re told it’s fashionable. If a new smartphone, car or games console is announced, we’re more likely to fork out for it if we’re made to think our old one has just become as outdated as a mullet. And if the advertisers have done their job well, we’ll be eager enough to queue outside a shop for weeks to be among the first to buy the latest iPhone.
There’s nothing inherently wrong with replacing gadgets for different or better versions, of course. As Peretti’s polemic explains, it’s only capitalism which corrupts this by manipulating our desire for the new. He argues that planned obsolescence has been used to help boost consumer spending during its various dips, and has led to today’s ‘limitless consumption’, with shopping seen as a duty. He takes the stance that our spending habits are driven by innovations in marketing strategies. The relationship is more reciprocal than that, as new approaches to selling build on previous spending patterns. And on a wider scale, consumer spending is influenced more by economic forces than small-scale changes in ideology. Despite overstating marketing’s role in the economy as a whole, Peretti’s perceptive arguments will remain relevant until we plan to make capitalism itself obsolete.
Mike Foster
Posted by Imposs1904 at 8:58 AM