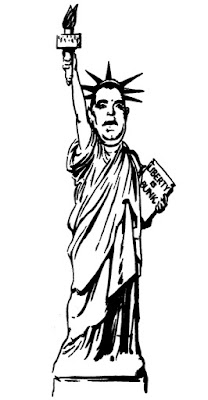 From the October 1954 issue of the Socialist Standard

Our Comrades of the World Socialist Party of the United States received an inquiry from a group of Liberals in London about McCarthyism. The following is an extract from the reply which will be of interest to readers of the S.S.

The National Administrative Committee at its latest meeting noted your communication of July 14th, and has designated me to furnish a reply.

First off, it must be difficult for European workers to understand the persecution and prosecution in the United States of not only the Communist Party, but also of those whose only crime was to participate in Communist Party "front" organizations.

Of course, as Marxists, we do not employ the term Left and Right to describe political parties, but use the terms Socialist, non-Socialist and Capitalist, even though in popular parlance the former may slip out.

In answer to your first point, it is absolutely true that an American citizen us in jeopardy of his job if he has one time or another joined the Communist Party. This has been extended from governmental services, through union offices, through the universities and schools, down to the shops themselves, where a group of five or six alleged Communist Party members were thrown out of the Buick plant in Flint, and the union involved (United Auto Workers—CIO) made only a token and unsuccessful gesture in their defence.

During the 1930's many young men and women joined the Communist Party out of sheer desperation because of the tremendous unemployment, especially among the intellectuals who were pushed on to public works at low wages. After the "recovery" owing to the Second World War, these same people obtain positions in the government, in the unions, in the universities and lower grade schools. Many had dropped out of the Communist Party after a few months, and some had not even obtained membership cards, but now their past is being excavated, and they are being removed from their posts.

Guilt by association, as well as actual membership in the C.P., has been a device utilized to prosecute professors, government workers, among others. If one had associated in the past with well known members of the Communist Party, or if one were unfortunate enough to marry a member, even though he were not a member himself, he would be subject to losing his employment.

This prosecution has extended to membership in "front" organizations, which many innocent, and not-so-innocent citizens joined under the assumption they were aiding Spanish refugees, the foreign-born, etc., whereas in reality these organizations were used as "feeders"—ideological and financial—into the Communist Party.

Where union officials have co-operated or worked together with known Communist Party members, they too have lost their positions, either by the unfavourable propaganda resulting in their defeats in election, or their outright removal by top leaders of the union.

The Progressive Party has been characterized by the government as a Communist Party front because of its support of the Soviet Union, condemnation of American Imperialism, etc., and those in this organization have been declared suspect. However, to date we cannot recall offhand any being deprived of their positions by virtue of membership in this group.

Beyond this we will not go. To state that membership in such a group as the Americans for Democratic Action, a dissident group in the Democratic Party (we will not use the term "left") or to other such "Liberals" would result in loss of one's job would be incorrect. However, this has not stopped McCarthy and the rest of his ilk from throwing charges of "Socialist" and "Communist" at these people. As a matter of fact, such groups as the ADA are trying to out anti-communist McCarthy, and the debate goes on as to which group is fighting "Communism" the hardest.

No, this campaign against intellectual freedom has not been exaggerated in the European Press, but to present the evidence of this would take several books. Those who have lived in Europe all their lives are amazed at the crusade against freedom of speech in the United States. They even have a new term, "controversial figure." That is, even if one has a clear record in the past, if someone on the school board or even a parent is in doubt as to this person's loyalty and can cause dissension over it, then this teacher or superintendent is a "controversial figure," and is forthwith removed.

The most lamentable and ludicrous of all are the prosecutions against those who use the first (freedom of speech) and fifth (prohibition against testifying against one's self) amendment of the American Constitution. Although I cannot prove my statement, it is my belief that many professors are going down to defeat—losing their jobs—merely because they refuse to testify against others, or be what we call "stool-pigeons" and not because of membership in the Communist Party. Under the law, as soon as one begins to testify, then he must answer every question or suffer contempt of court proceedings, which land him in jail. Rather than take a chance on being forced to give damaging testimony against another associate, these professors have refused to testify at all, have been suspended and ultimately discharged from their posts, or have even gone to the penitentiary for contempt of court. To be sure, many who have been members of the Communist Party have invoked the two amendments as well.

The proceedings before Senate investigating committees are properly called "star chamber proceedings." The individuals can do nothing but answer questions, and be confronted by witnesses whom they cannot question in rebuttal. As soon as the accused individual attempts to read a statement the Senators do not like, he is evicted from the hearing, and if the individual is foolish enough to persist in his freedom of speech, then he is charged with contempt of court, which can result in six months in prison for each contempt. Phillip Wylie, an outstanding American writer and by no means a Socialist, recently stated the matter correctly when he said that intellectual freedom has been destroyed in the United States, and that the only freedom which remains to political, that is, the right to vote.

Even this is being taken away tout de suite, as a bill is now in Congress to deprive the Communist Party of legal status, so that anyone will not be able to vote for the Communist Party candidates, even if he foolishly wished to do so. It goes faster. To get on the ballot here in Michigan, for example, the party must receive a certain percentage of the vote. Failure to do so requires this party to take up petitions and to obtain a specific number of names of registered voters before it can be placed on the ballot. But here is the rub. The subversive squad of the State Police took these lists circulated by the Communists, Trotskyists, Socialist Labor Party, and have placed every signer of the petitions under suspect, subject to later investigation.

I would like to go into this deeper, because above we have presented only surface manifestations. Why, for example, can McCarthy get away with his Hitler-like tactics of the "big lie," the "constant repetition," the insinuations, etc.? Why does Eisenhower skirt around McCarthy on many occasions, and why is the committee now set up to investigate McCarthy  going to delay its report until sometime in January, after the November elections for Congress.

Whether we like it or not, McCarthy has a lot of support, not only among the Texas millionaires, and many other capitalists, but even from rank and file workers. Of course, the Catholic Church has its hand in this Red hunt, in spite of public pronouncements against persecution of free thought, etc., etc., ad nauseam. One would be surprised to go among the workers and see how many applaud McCarthy's efforts. In his home state of Wisconsin, McCarthy won with the votes of the heavily industrialized areas. Thus Republicans and Democrats alike seeking office are rather slow in doing anything against McCarthy, although they condemn him demagogically for public consumption. As an aside, it should be pointed out that McCarthy has a little black book (forbid that word "red"!) in which it is stated what Congressman had what woman in what hotel, etc., etc., ad hominen, plus all the scandals of their past life. McCarthy even now is digging up one on Senator Fullbright, his opponent.

Thus, McCarthy has support from one quarter or another. It may not be a majority support, but it is nevertheless a minority with which to reckon.

An even deeper question poses itself, and on this we would like to spend a bit of your reading time. The United States has not only supposedly, but actually, the strongest economy in the world, that is, in terms of industrial output, productivity, and so forth. European countries, on the other hand, are weaker in their economies, and depend on the American dollar in many ways to buttress their ships of state. Would it not be logical, then, to suppose that political and intellectual freedom would be greater in a stronger economy which has nothing to fear from its critics, and less in a weak economy? After all, when one has lots on money in his pockets, he can afford to be generous. Take the Communist Party, the Socialist Party, and all the rest of the political parties "of the working class," and their total membership would not be over 400,000, so that their sympathetic following would not be half a million. None of these parties have a representative in Congress, and as far as we know not even a member in the state legislatures, although the Social Democrats may have a city councilman or Mayor here or there.

This seeming contradiction in American capitalism prosecuting minority groups is explained by the economics of the situation. The American economy may appear strong from the outside looking in, but internally it is very weak, in that much of the "prosperity" is based on probabilities, on the hot and cold war situation, etc. All one hears over here from the workers is fear of another depression. Thus, the persecution of minority "radical groups" is not against them as such, but at the possibility of an economic collapse which would permit these groups to agitate among the workers and make headway. The American worker is "war-prosperity" conscious, that is, he does not believe prosperity can exist without a war.

Another factor also, intervenes, and that is the fear of Communist Party sabotage in the event of a global war with Russia. This occupies an important part in the thinking of the American ruling class which tracks down Communist Party members through their police and political frontmen. Right now, of the two factors—the fear of an economic collapse and danger of a war with Russia—I should judge the latter to gave a slight predominance, and this would account for the prosecution of the Communist Party on the one hand, and the only mild backhand sweeps at other political organizations of the working class. But since the authorities do not make a neat distinction between Russian state Capitalism and Socialism, when one or both factors named above reach a more advanced state, one can expect the blow to fall on all quarters, political groupings opposed to the Russian system, as well as those in support.

The article's accompanying cartoon is by Robert Barltrop.

"None of these parties have a representative in Congress, and as far as we know not even a member in the state legislatures, although the Social Democrats may have a city councilman or Mayor here or there."

At time this article was published, Frank Zeidler of the Socialist Party was the Mayor of Milwaukee (think the Fonz and that scene from Wayne's World.)