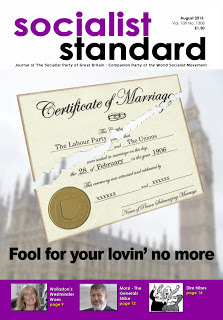 On being elevated to the Tory leadership a priority for David Cameron was to demonstrate that this was a new age with fresh, historically challenging ideas about the party organisation. Among the first of these was to end the system of choosing candidates to contest parliamentary elections by a secret gathering of constituency worthies and replace it with the American primary system of open preference by all registered voters. To begin with this seemed like a clever move – Cameron called it an ’exciting opportunity’ to engage with the voters, designed to patch up the party's reputation after the Great Scandal Of Expenses – which had yielded a glut of MPs facing either dismissal or attempting to salvage some tatters of their reputation by announcing that they would not stand again for Parliament.

Anthony Steen
Cameron had promised that there would be funds to allow some 200 seats to use the new system but in the event there were only two – Gosport and Totnes. The latter had always returned a Tory MP but it was in need of a fresh Tory candidate for 2010 after the sitting MP, Sir Anthony Steen, had been vividly exposed for his extravagant expense claims. Steen is proud of owning a huge country mansion which he designated as his second home. Over four years he claimed £87,729 for, among other things, the upkeep of some 500 trees, a rabbit fence and a borehole. His response to his exposure was to put it down to 'jealousy' of his wealth and luxury when his behaviour had been 'impeccable' but he had been 'caught on the wrong foot' and anyway 'What right does the public have to interfere with my private life? None'. He later apologised but there was a rumour that this did not impress the folk of Totnes, who pride themselves on being bohemian and artistic and independent enough to have their own currency – the Totnes Pound. Perhaps that would explain the rumour that Steen's arrogance had so angered the management of a posh restaurant in the town that they refused to serve him.

Rebel
In Totnes in 2009 the primary was particularly successful with a 25 percent turnout, which might have been the voters' way of saying 'good riddance' to Steen. From the short list of three there emerged Sarah Wollaston, a local GP offering herself as 'a woman with a real job' who had no previous experience of politics. Tory chairman Eric Pickles declared himself 'tickled to death' and Totnes backed their choice again when Wollaston went on to win the 2010 general election with a majority more than double that of Steen in 2005. But it soon became clear that the route through which Wollaston had come into Parliament was no longer open. In the beginning there had been a promise to extend the primary method to other areas but there is no longer any impetus towards this from Downing Street, where a 'source' has hinted that there has been 'zero debate' of the matter. Wollaston has made her mark as something of a rebel and perhaps Cameron feels that there are enough trouble-makers on his benches without recruiting more through primaries.

Alcohol Victims
Wollaston has informed all those enthusiastic voters in Totnes that 'open primaries are being kicked down the road'. But so far there has not been any sign of her changing her provocative style. As a doctor, one of her enduring concerns is the effect of excessive consumption of alcohol on health and social well-being – she mentions some 8,000 deaths annually – but her campaign to attempt to alleviate this through the price mechanism has not met with any interest. To put the matter into context she voices her concerns at the possibility that the government's reluctance to act is linked with the commercial interests of Lynton Crosby, Cameron's favourite campaign manager, in the alcohol and tobacco firm Crosby Textor. And there are other matters, on which Wollaston has expressed opinions which have raised questions about whether she has chosen to be in the right party or indeed in any of those in Westminster.

Suicide
She does not warm to the government's drive to 'reform' the NHS and the domination of it by what she calls 'competition economists'; the overall effect, she warns, could be that the NHS will 'go belly up'. On the same theme, after the recent suicide of a benefit claimant, she has reservations about the cuts in welfare benefits: 'When times are tough you really have to focus on what measures help to reduce suicide because we know that this is a pattern in previous recessions … Nobody wants to be unemployed … I've vary rarely ever met people who wanted to be on benefits, but I have met people who are trapped on benefits'. None of this would nourish the career prospects of any MP, let alone a novice like Wollaston. Which may be why she describes Cameron erecting an inner circle of Old Etonians and the like as 'a kind of blindness' and contrasts it with her treatment: 'I am never put on a delegated legislation committee on something which I could contribute to. The classic case was when I was put on one on double taxation in Oman. I know nothing about double taxation in Oman'. She has been continuously frustrated in her efforts to discuss her views with Cameron and regards being in the Commons, where they pride themselves on having human interests at heart, is 'like swimming with sharks. If there is a drop of blood in the water, off they go'.

Wollaston is not the first to be carried into Westminster on a rush of expectation and would not be the first to be tamed by threats to her career or inducements about possible promotion for those who do not rock the boat. Behind the excitement the fact is that like all those others in the past she can have nothing novel to offer and serves only to emphasise how ineffective all of them are. However the system is manipulated it remains in essence the same class-dominated chaos managed by bigots and twisters.