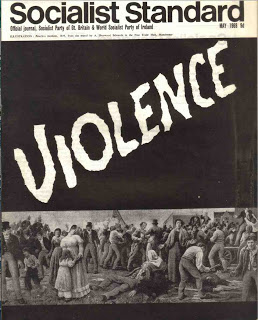 The communist parties have always had a lot to say about war and peace, but when their words get translated into action they usually mean war.

But of all the past inconsistencies, the latest threat which Russia has given to China—the threat to use nuclear missiles —is surely the most comradely which one so-called communist nation has so far given to the other.

You would have thought that such a diabolical threat, which could blot out half the world and slowly poison the rest, would have needed great provocation. But apparently not so, for the threat concerned a minor border incident in an isolated area — a relative no-man’s-land. The place is the small Damansky island in the Ussuri river which forms part of the boundary between Russia and China. The island is practically barren and is uninhabited. It cannot hope to grow much food and for half the year it is covered with ice.

It used to be stated by Mussolini that his principle was “shoot first and talk afterwards." This measure both Moscow and Peking evidently believe in using. The day after Russia made her threat of nuclear persuasion she asked China what she could do again Russia’s might, for all the world knew that Russia had missiles of deadly accuracy which could pin-point any area and destroy it from a distance. Chairman Mao replied that China could retaliate with nuclear weapons. So now we had two great nuclear imperialists talking business in a language which both understood.

One factor which appears to be behind these border clashes is the undoubted fact that China is developing nuclear weapons at an alarming rate, and it has been stated that in a year China could have missiles with nuclear warheads capable of striking at Moscow from Sinkiang, where their nuclear experiments are taking place.

Another fact which is worrying the Russians is that the official Chinese broadcasts in Russian call upon the Russians, to overthrow the Kremlin ’revisionist clique of imperialists’. Moscow must feel very pleased about this after all they did in the past to assist the Chinese Communists against the Nationalists.
Horace Jarvis
Posted by Imposs1904 at 6:59 AM