Between the Lines: Dispatches, News Priorities and GBH (1991) 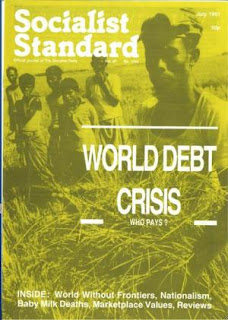 Men with baseball bats threatening their political opponents; whispering campaigns and smears leaked to the press in order to discredit certain MPs; statements to the police about physical intimidation. Dispatches (C4, 8pm, 12 June) has shown what life is really like inside the Tory party. And there we were thinking it was all tea parties with fairy cakes made by the W.I. and orgasmic rallies in Blackpool. Not so, it seems. Where there is power to be fought for these louts fight dirty.

One Tory referred to the infiltration of his party by a "sinister brotherhood of extreme right-wingers". These are known within Tory ranks as The Movement and comprise of a number of free-market ideologues who dream of a utopia where the fire brigade is privatised and every beggar has the freedom to become a self-employed rent boy.

We have debated against some of these jerks (in fact, your reviewer recognised quite a few of the faces in the Soho room where the camera caught them plotting) and they are the sort of people whose main crime is that they are open enough to admit in public just how stupid and nasty their social dreams really are. Their opponents, including the current Tory chairman, Patten, are despised as "wets" who hold "unsound" sympathies for such evils as the NHS and income support payments. The Movement kids await the second coming of Thatcher and write documents about the threat to democracy in South Africa.

As targets for a pre-election documentary they are easy to attack and worthy of all the contempt intended by the programme-makers. Underlying the programme is an assumption that these sinister extremists have brought politics into disrepute — if only it could be left to the good guys like  . . . ?

As if we would believe for one minute that the likes of Major and Lamont are any less cynical and machiavellian in their sordid struggle to run British capitalism on behalf of the exploiting class. The fact is that capitalist politics is a dirty, dishonest business. These people can only win by deceit and false promises. That certain younger Tories have introduced filthy smears and baseball bats into the equation is just accentuating the constant.

On the day that the National Childrens Home report stated that one in ten children in Britain on Income Support are not fed at least once a month because their parents are too poor to buy food, what do you think was the first item on The News at Ten (ITV, 10pm, 6 June)?

Prince William had been hit on the head at school. Shock! Horror! The cameras were on the scene at an instant. Look at the tears in the eyes of that compassionate millionairess, Princess Di. Her son suffered no brain damage, a neurologist reported, although even if he was so brain-damaged that he could never lift a finger it would make not a scrap of difference because wee Willy is in the class which never does need to lift a finger. The kids in Britain who are starving because of poverty do not have or need the tears of rich princesses. What they need is a society of production for use, not profit. What they need is action by you, dear reader.

We shall wait for the completion of the Channel Four series, GBH, before commenting extensively next month. To be sure, the series went off to a very promising start. The scene between the corrupt Labour leader and the headmaster of the Special School, in which the latter is filled with amusement and indignation at the former's audacity in calling himself a socialist, is one of those brilliant televisual moments that are shown all too rarely. We look forward to seeing how the plot develops and concludes. Here are two predictions (written in early June):
Steve Coleman
Posted by Imposs1904 at 1:02 PM