The Russian Workers under the Czar and under the Bolshevists. (1938) 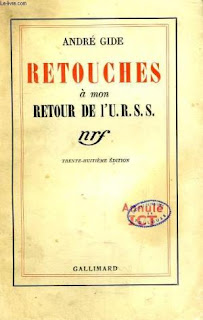 Reginald, in the August “Socialist Standard," makes a most bitter attack upon Soviet Union. With part of what he says (growth of nationalism, adoration of Stalin) I am in agreement. He goes gravely wrong, however, when he attempts to show that there hasn’t been an “all-round amelioration of conditions for the worker."

He quotes Kléber Legay and Yvon as authorities. Now I have never heard of these gentlemen before. As far as I know they may not exist and may only be the disguises assumed by anti-Socialist publicists. I prefer to get my information about Russia from sources in which I can place greater confidence—Sydney and Beatrice Webb, Sir E. D. Simon, the various official delegations of British trade unionists to Russia, Walter Duranty, Sir B. Pares. Now these aren’t Communists or Communist sympathisers. But they all tell the same tale, and that is that material conditions in Soviet Russia are very much better than they were in Czarist Russia. Not only has the output of industry and agriculture been enormously increased, but health services (1917—13,000 doctors, 1937—106,000 doctors) and education services (1913—8,000,000 children at school; 1937—30,000,000) have been improved; output of books increased five-fold since 1913, illiteracy almost stamped out.

All these are solid improvements, and we will be foolish if we shut our eyes to them. They have been made possible by the introduction of the rudiments of Socialism. Russia is far from perfect and has a long way to go before it reaches Socialism, but Russia of to-day is enormously better from the workers’ point of view than Russia of Czarist days. 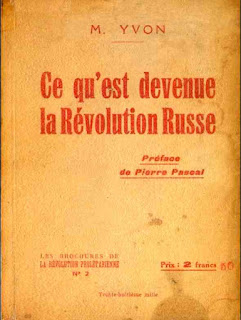 Our contributor, “Reginald,” in the August The Socialist Standard, in an article headed "Stepfather Stalin,” quoted from André Gide, Kléber Legay, and Yvon, statements made by them about things they saw in Russia. “Reginald’s ” conclusion was that “claims for a general, widespread, all-round amelioration of conditions for the worker must be received with the utmost caution”; surely a very reasonable conclusion to reach in face of the statements made by the admirers and the critics of Russian conditions. But our correspondent, Mr. Heather, will not have it. He has read the admirers and has not read the critics, and he does not want to read the critics. In fact, he doubts whether they exist at all! May we suggest that his first obligation, if he really wants to know the truth, is to supplement his reading of the admirers by reading the statements of such men as Gide and Yvon, who were formerly supporters of the Bolshevist regime but who, on further knowledge, have become critical? Yvon, for example, lived for eleven years in Russia and was a Communist. (Yvon’s pamphlet is obtainable at 1s. and was reviewed in The Socialist Standard for June, 1937. Gide’s “Return from Russia” was reviewed in The Socialist Standard for December, 1937.)

Our correspondent says that he places greater confidence in the writings of the Webbs, Sir E. D. Simon, the various official delegates of British trade unionists, Walter Duranty and Sir B. Pares. He does not mention Sir Walter Citrine’s book, which is decidedly critical of many aspects of working class life in Russia.

The one thing, of course, which ought to be available, and which would be more valuable than all the rest put together, is the freely expressed views of the Russian workers’ own democratically controlled organisations, trade union and political. These views are not available because such organisations are not allowed to exist under the Russian dictatorship. If, therefore, the truth is hard to come by, the dictatorship itself is responsible.

Our correspondent points to the unquestioned advances made in Russia in such matters as getting rid of illiteracy, but claims that these advances “have been made possible by the introduction of the rudiments of Socialism.” The latter claim is utterly unsupported and unsupportable by any evidence. Similar and greater advances have been made in countries such as Britain, which make no claim to being Socialist.
Editorial Committee.