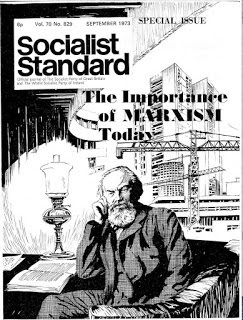 Prime Minister of Mirth
William Hazlitt wrote that the cause of laughter was “the difference between what things are and what they ought to be”. In that case, capitalist politics should be uproarious and Ministers hardly able to speak through their merriment.

On 29th July the News of the World had a headline We’ve never had it so good — Heath. The report began:


You’ve never had it so good. That was the message Mr. Heath gave the country yesterday as he told of soaring standards of living and new prosperity being created at a record rate.


About two million people with special needs, like the chronically sick and disabled, the very old, widows between 40 and 50 and low-wage families with children, were being helped for the first time.

This remarkable paradox is found in practically all policy statements by the governing parties. If they have provided prosperity, why must they keep legislating for poverty? Heath’s audience must have rolled in the aisles as he said, in effect: Your ailment has been cured by us and, what is more, we are going to treat it. On 1st August the Evening Standard reported that the Inner London Education Authority provides 69,000 free meals to “children from poor homes”. Surely that should read “children from prosperous homes” if we are to keep to the spirit of the thing?


There it is. Gone
The chancellor of the Exchequer must be in fits, too. On 28th July The Guardian reported Barber still pledges growth. He said :


To secure rising prosperity for the British people we have to sustain an expanding economy.

A week later, on 4th August, The Guardian summarized and quoted a report by the House of Commons Expenditure Committee:


In other words hardly any of the direct benefits of economic growth over the next year are likely to go to the ordinary person. If the committee is right — and it has the guidance of Wynne Godley, a distinguished former Treasury forecaster — this could make the enforcement of Stage Three very much harder.

The Arabian Nights has an apt phrase for hilarity: “They laughed so much they fell over on their bottoms.” That is probably what will happen to Mr. Barber.


Help for the Aged
However, the financial page of The Guardian on 28th July showed that some of “the very old” with “special needs” are to get a share of “rising prosperity”. An article called “The Sharp edge of Taxation” invited sympathy for company directors:


In spite of the popular, puritan prejudice, the directors and executives of any company enjoy very few tax concessions of any kind . . . Entertainment is no longer deductible, unless you are fattening up foreigners for an export killing.

The Government has come to the aid of these tragic figures:


To end on a happier note: until now, the Inland Revenue would not approve any pension scheme for controlling directors. These are directors receiving more than 5 per cent of the shares of a company which is controlled by its directors . . . However, the current Finance Bill will largely lift this qualification so that most controlling directors will be better placed than sole traders or partners who have to provide for their retirement out of their own pocket.


Treasure on Earth
One road to prosperity has always been religion. Not for the simple believers, but for the promoters. If church collection plates are not laden these days, there is still plenty of money made through Christianity. Robert Stigwood Ltd., the company which owns the rights of the Jesus Christ Superstar musical, have announced a pre-tax profit of £1,250,000 for last year and expect this year to be better still. An interim dividend of 5.5 per cent. (7.5 per cent. gross) has been declared.

There is no addendum to remind shareholders that all this may make it hard for them to get into the kingdom of Heaven.


Sweet William
The Sunday People on 29th July reported the foundation of a new organization.


A group of Englishmen — including a civil servant and a stockbroker — have set out to convince us that Kaiser Bill was really a good bloke . . .  He was, in fact, a fine, honourable and great man. That is the view of members of the newly-formed Kaiser Wilhelm II Society.

The Kaiser was, of course, the Hitler of the 1914-18 war: the militaristic villain “responsible” for the bloodbath, who was going to be hanged at the end of it.

The Society will find ample material in British papers and magazines prior to 1914. The Kaiser was a cousin of the British royal family. The weekly Sketch on 22nd November 1899 had two full-page portraits of him as “Her Majesty’s and England’s Welcome Guest”. It wrote of “tremendous energy and personal magnetism . . . ready courtesy and tact . . .  his real intimates are Englishmen”, etc., and told how as a baby he had “beautiful white soft skin and a very dear face”.

What research shows is not the Kaiser’s qualities but the cynicism of the press, which transforms heroes into monsters and back again to serve the interests of capitalism.