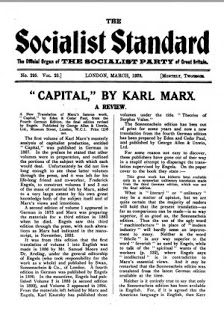 From the March 1929 issue of the Socialist Standard

Everyone has heard with wearisome repetition that the unemployed miners are destitute. Huge posters have told us so. The Prince of Wales has been put forward to tell us what the master class already knew, that the conditions in the mining areas are “positively ghastly." And the remedy? A little charity! Few ask what was the cause of the misery and poverty so plentiful among the miners when they were employed; when they, like the rest of the working class, were busy piling up wealth for their non-working masters. In such a situation charity is an insult, but as if to add comedy to it the capitalists have produced a scheme from what is termed an “ Industrial Transfer Board."

According to a report (“Listener," 16/1/29) “The aim of the scheme is to recruit labour for the prosperous towns." Of course, it does not say where these prosperous towns are. Statistics of unemployment indicate that for the workers such towns are non-existent. As evidence of the condition of places not entirely industrial, note this : “The Mayor of Southend has refused to appeal to the town for the Miners Relief Fund as the distress in Southend is too great" (“East London Advertiser," 19/1/29). There is an object in harping on the distress of particular sections of the working class at particular times. The sorry plight of others is calculated to make the rest of the workers less conscious of their own suffering by making it appear insignificant by contrast. It may be argued that the coal industry is exceptional, but neither coal, boots, food, houses, nor anything else, will be produced if such production is not first profitable to the capitalists who own the means by which the workers could produce them. Houses surely are needed, yet “Comparatively few people realise that among the industries which at present contribute most heavily to swell the total of the unemployed is the building trade." (“New Statesman," 16/2/29.) To advise miners, or any other unemployed men, to take work in the “prosperous towns," is akin to the advice attributed to Marie Antoinette, who, on being told that the French poor were without bread, replied, “Then why do they not eat cake?"