Aspect: Marx and Keynes on Unemployment (1971) 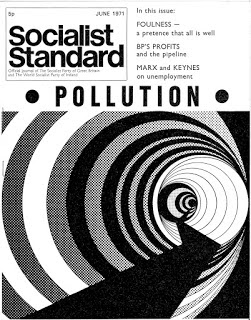 The first volume of Capital, in which Karl Marx analysed the workings of the capitalist system, was published in 1867. Although Marx’s economic theories were under ceaseless attack by economists who defended capitalism the theories made headway in working class circles, particularly in the prolonged depression of the 1930’s. One of the reasons for the universal interest in Marx in those years was his treatment of unemployment, for he showed how unemployment arises and why it is necessary to capitalism. Then in 1936 John Maynard Keynes’ work The General Theory of Employment, Interest and Money brought about a twofold shift in the attitude of many economists and politicians. On the one hand they now accepted that unemployment—sometimes of acute and politically dangerous proportions—can arise out of the normal functioning of the capitalist system, but on the other hand they hailed Keynes as the man who they thought had shown them how full employment could be achieved if the right measures were taken by governments. Keynes’ theories were welcomed most of all by the trade unions and the Labour Party because they seemed to offer the prospect that a future Labour government need not be overwhelmed by an “economic blizzard”, as had happened to the Labour government which entered office in 1929 and collapsed under the weight of two million unemployed in 1931.

One of the consequences of the rise of Keynes was of course that working class interest in Marxian theories suffered a sharp decline.

Keynes was given the credit of having demolished the theories of 19th century economists who had taught that, if left to its own devices, capitalism would always and of its own accord tend towards full employment. What was little noticed was that most of the ground covered by him had been treated in detail by Marx three-quarters of a century earlier. Keynes was quite contemptuous of Marx, describing Capital as “an obsolete textbook which I know to be not only scientifically erroneous but without interest or application to the modern world” (A Short View of Russia, 1925) and he never seems to have appreciated that his own criticisms of earlier economists were much like those of Marx.

Among those economists were the Frenchman J.B. Say and the English economists James and John Stuart Mill and David Ricardo. The first of the four is remembered by what is called “Say’s Law”, which was that as people acquire money only to spend it, production and sale will always keep in balance. Keynes in his General Theory wrote:


Thus Say’s Law, that the aggregate demand price of output as a whole is equal to its aggregate supply price for all volumes of output, is equivalent to the proposition that there is no obstacle to full employment. If, however, this   is not the true law relating the aggregate demand and supply functions, there is a vitally important chapter of economic theory which remains to be written and without which all discussions concerning the volume of aggregate employment are futile.

Keynes also quoted J. S. Mill who, in his Principles of Political Economy, set out to show that no matter how much production is increased the output will always be sold:


All sellers are inevitably, and by the meaning of the word buyers. Could we suddenly double the productive powers of the country, we should double the supply of commodities in every market; but we should by the same stroke double the purchasing power. Everybody would bring a double demand as well as supply; everybody would be able to buy twice as much, because everyone would have twice as much to offer in exchange.

Marx had seen this mistake long before. In his A Contribution to the Critique of Political Economy, published in 1859, he pointed out that Say had in act borrowed his law from James Mill. Marx quoted a passage from James Mill putting exactly the same idea as that borrowed by his son and quoted by Keynes. In Capital Marx wrote:


Nothing can be more childish than the dogma, that because every sale is a purchase and every purchase a sale, therefore the circulation of commodities necessarily implies an equilibrium of sales and purchases (Kerr edition, p.127).

He showed that “no one is forthwith bound to purchase, because he has just sold”; there can be an interval and if this “split between the sale and the purchase becomes too pronounced” the result is a crisis.

Keynes, like Marx, saw that although capitalists could, in times of depression, invest to expand production they will not do so unless there is prospect of selling the products at an adequate profit. Marx dealt with this reluctance to spend to expand production, under the heading of “hoarding”; Keynes coined the term “liquidity preference”, meaning that the capitalist prefers in that situation to keep his money in cash or its equivalent.

Although Marx and Keynes both saw the fallacy of the early economic theories they reached different conclusions. Marx showed that, under the inducement of competition for the market, capitalist industry is always seeking to reduce costs of production by utilising labour-displacing machinery or other means of securing the same output with less labour, thus creating unemployment; and that capitalism needs “an industrial reserve army” both in order to be able to take advantage of periodical opportunities to expand old industries and develop new ones, and to keep wages down to a level which makes production profitable. For Marx periodical crises are inevitable and equally inevitable is eventual recovery to go through another phase of expansion, boom, crisis and depression.

Keynes challenged this. He maintained that government action can be taken to encourage investment (or to undertake its own investment) and to expand consumption so that recovery from depression can be speeded up and activity maintained at a continuous level of more or less full employment.

The years of relatively low unemployment in this and some other countries since the second world war were held to have proved the validity of Keynes’ argument. This interpretation has, however, been disputed and not only by Marxists. Professor R.C.O. Matthews, for example, argued in the September 1968 issue of the Economic Journal that the major factors have been demand arising out of war-time destruction and an unusually prolonged investment boom, and that positive Keynesian measures have had at most a very minor effect. And the Keynsians have been dismayed by the repeated crises and the gradual long-term increase of unemployment that began in the sixties.

Labour Party supporters who associated their schemes of nationalisation with Keynesian proposals for government action to maintain employment have been particularly disappointed. In the Labour Party Election Programme of 1950 they explained what a Labour government would do:


Publicly owned industry will be ready to expand its investment when employment policy demands it. The public sector will, by speeding up necessary capital development, help to maintain employment.

But the Labour government’s Nationalisation Acts required the nationalised industries to be run at a profit, like any capitalist industry, and this involved closing down unprofitable coal mines and railways lines.

The Keynsians did not at the outset admit the force of Marx’s analysis of capitalism’s need to keep wages down in order to safeguard profits, but finding in practice that the need exists, Labour governments achieved what they thought was a substitute in the form of wage restraint through an incomes policy.

In face of the realities of capitalism Keynes’ reputation is now greatly diminished, while Marx still provides an unanswerable case for not wasting time – trying to save capitalism.