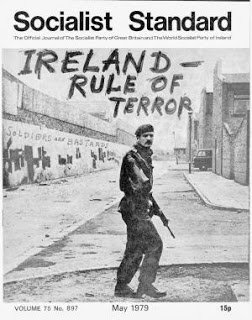 When most people think of crime it is not the Lord Kagans or Richard Nixons of this world that spring to mind, but the burglars, robbers, rapists and muggers passing through the courts daily. And there is certainly no doubt about the statistical trend in these offences. The year 1977 (the last for which official statistics are available) showed a staggering 16 per cent rise on the previous year. Outside the London area the number of offences reported increased by 1,927,462, although figures for the London area for 1978 have possibly levelled out a little.

David McNee, Metropolitan Chief Commissioner, wants the police to be given “a vast range of new powers with which to combat crime” (The Times 3.8.78.). He also wants to “clean up the force”, although that job was supposed to have been done by his predecessor Sir Robert Mark, hit back against the ruling class law that reinforces Mark put the blame on everybody but himself, singling out bent lawyers (sec Sunday Timex 13.3.78), and bemoaning a general “lack of discipline" in society. An equally stupid explanation by the Chief Constable of Merseyside, Kenneth Oxford, appeared in The Times. According to him “the cause of crime is fundamental— greed, selfishness and violence—and those three headings apply as much to society as a whole as to those with criminal propensities”. (26.4.78). What the fair cop did not explain is, why is there a society of greed, selfishness and violence? What is the fair cop doing to change it? All Oxford wants is to have more police (presumably themselves greedy selfish and violent) running after the people that the greedy, selfish and violent society produces.

Here To Stay
The Law Society’s Gazette (hardly a paper known for radicalism), pointing out that the country’s prison population is now over 42,000, commented that "we have to learn to live with crime. It seems almost as impossible to control it as it is to control our climate” (27.7.77). Sir Leon Radzinowicz, a well known criminologist, has commented ; “No national characteristics, no political regimes, no system of law, police, justice, punishment, treatment or even terror has rendered a country exempt from crime. In fact scarcely any can claim to have checked its accelerating momentum”. (The Growth of Crime)

So there you are, crime is here to stay. But these conveyors of conventional wisdom forget to add that crime is only here to stay while there is capitalism. Furthermore, no attempts by capitalist politicians or their strong arm men can do anything about it. Why? Because capitalism means a society where the majority do not own the means of wealth production ; where workers are in various degrees of deprivation, while a small minority grab most of the wealth that the wage earners produce. A life of luxury, privilege and case for the minority, a life of relative shortages for the majority. No wonder then that many people, from the dodger of the train fares to the large scale swindlers and bank robbers, try to hit back against the ruling class law that reinforces the system of exploitation of the majority.

PNC
One disturbing element in all this is that the police are trying to obtain further powers and further cuts in “civil liberties”. This is not just a question of bourgeois democracy being under threat; it is more a question of opportunity for open socialist discussion being gradually restricted.

For example, the right to silence is now being challenged by the police one step nearer to "guilty unless proved innocent’’.) More worrying is the “Police National Computer” (PNC). New Scientist (18.1.79) pointed out that police files are not only extremely comprehensive, but the type of persons listed has been extended. Even the change in driving licences was not quite the innocent administrative process it appears. “Production of a driving licence now automatically gives police all the information necessary (‘search factors’) to check on open computer records”. Furthermore, the range of “offences” which are likely to put you on a police file has increased. Included now are such activities as "wasting police time” (who decides that?) as well as a vast extension of those activities classified as subversive. Even the Anti-Blood Sports League are not forgotten. New Scientist comments:

The figures given suggest an eventual aim to monitor about 10 per cent of the population, together with almost all vehicles and addresses. Since most police records will concern adult males, between one in three and one in four will likely eventually be on the system. Much of the information stored has little to do with crime per se. Twice as many "occurrences” (non-crimes) as crimes are to be recorded . . . Not unnaturally, what is recorded, and about whom, will reflect official views and prejudices; this includes a wide definition of subversives as well as criminals . . . the surveillance net of pre-emptive policing inevitably covers and affects many more than the impending criminals; mistakes are made; inaccurate and unsubstantiated information is recorded, information provided for one purpose is used for another; and so on.

Clearly, then, law enforcement agencies are not giving in to rising crimes. They seem to accept that they cannot win. but will continue the fight and extend the area of dirty work wherever they think they can get away with it.

Who's worried?
In the meantime, individual capitalists are not unduly concerned. Their property is insured and they generally do not live in mugging districts. But the state, as the representative of the capitalist class is worried. Many workers are worried too.

But crime is a result of an anti-social society and yet another reason why everyone should start to question the sanity of the existing social order. If crime is endemic to capitalism, so too are most other social evils. Instead of blaming people’s greed or selfishness, as the simpletons of the police force would have us do, it is time to question society as a whole. If crime is a result of capitalism, only a social revolution will eradicate it. Not because people will suddenly have become different in some mystical love-thy-neighbour sense, but because the reason for crime—property society itself—will have been abolished.