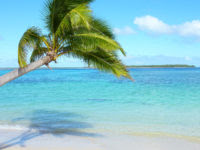 Socialism will never work. It goes against human nature.

So we are often told.

But where do we get our ideas of human nature? Partly by observing ourselves and those around us. Partly also from the books we read and the films and TV programs we watch.

Few books can have had as big an impact on people’s ideas of human nature as William Golding’s Lord of the Flies. First published in 1954, this novel has been bought by tens of millions of people, translated into over 30 languages, turned into two films (1963 and 1990), and adapted for radio and the stage. As the many study guides devoted to it show, it has been a set book for innumerable students of English literature. And it was the inspiration for Reality Television!

The story line is simple enough. A group of schoolboys are marooned on a desert island. They soon start fighting. Out of their fears and the power lust of a dominant boy they create an idolatrous cult with chants, rituals, and painted faces. The message is painfully clear: the veneer of ‘civilization’ is skin-deep and once the constraint of authority is removed our inner savage quickly emerges.

But this is fiction – a lesson taught by a misanthropic schoolmaster prone to alcoholism and depression. Now Dutch historian Rutger Bregman has uncovered a true story of how a bunch of real schoolboys behaved in the same situation – a ‘real Lord of the Flies’ that conveys a very different idea of ‘human nature’.

In 1965 six boys, aged 13–16, got bored with their life at a Catholic boarding school in the Polynesian island kingdom of Tonga, so they ‘borrowed’ a fishing boat and set sail. They were shipwrecked in a storm, drifted at sea for eight days, and were washed up on a deserted Pacific island where they lived for 15 months before being rescued by Australian adventurer Peter Warner. By that time they had been given up for dead and their funerals had been held.

Even while adrift at sea, these boys cooperated and treated one another as equals:

They managed to collect some rainwater in hollowed-out coconut shells and shared it equally between them, each taking a sip in the morning and another in the evening.


the boys set up a small commune with food garden, hollowed-out tree trunks to store rainwater, a gymnasium with curious weights, a badminton court, chicken pens and a permanent fire… [They] agreed to work in teams of two, drawing up a strict roster for garden, kitchen and guard duty… Their days began and ended with song and prayer.

The boys survived at first on fish, coconuts, tame birds, and seabird eggs. Later they found wild taro, bananas and chickens in an ancient volcanic crater where people had lived a century before.

When one boy slipped and broke a leg, the others set it using sticks and leaves and looked after him until it healed. Occasional quarrels were resolved by imposing a time-out.

In short, they demonstrated – on a very small scale, to be sure – that socialism is not against human nature and that it can work.

Unfortunately, the owner of the fishing boat did not fully appreciate the boys’ achievement. He  pressed charges against them and had them imprisoned for theft. It is understandable that he should have been annoyed at the boys, but a more constructive reaction would surely have been to get them to build him a new boat. 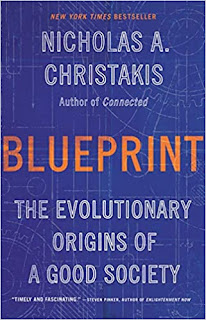 A study of post-shipwreck societies

The original version of this article ended here, but after uploading it I discovered an author who has made a comparative study of post-shipwreck societies — Nicholas A. Christakis, Blueprint: The Evolutionary Origins of a Good Society (New York: Hachette Book Group, 2019).

Christakis examined numerous historical accounts of shipwrecks and their aftermath, but focused on 20 cases between 1500 and 1900 in which a group of at least 19 initial survivors set up camp on an uninhabited island for 2 months or longer. What factors were most important in determining which of these groups succeeded in ensuring the continued survival and eventual rescue of their members?

Available resources mattered a great deal, of course – both resources found on the island, especially food and fresh water, and things salvaged from the wreck. Another factor that mattered was terrain. For example, the survivors of one shipwreck were handicapped by finding themselves at the bottom of steep cliffs that they had to climb. And it helped if members of a group had a variety of usable skills.

However, the relationships that developed within a group of survivors also made a big difference. The mini-societies that fared best were those based on cooperation, equity, and altruism. Their members worked together on agreed tasks, shared food fairly, and did not separate into subgroups based on military rank or social status.

One group in this category consisted of survivors from the Julia Ann, wrecked in 1855 in Pacific reefs known as the Isles of Scilly. This was an unusually large group of 51 people, all of whom were rescued after 2 months. The ship captain set an example of unselfish behavior right at the start, when he saw the second mate about to remove from the wreck a bag containing $8,000 belonging to the captain. He told the man to abandon the money and carry a child ashore instead.

In 1864 two ships were wrecked on opposite sides of Auckland Island, south of New Zealand. The two groups of survivors, though on the island at the same time, were unaware of one another. Of the 19 who came ashore from the Invercauld, only 3 were still alive when rescue came a year later. They had behaved in accordance with the motto: every man for himself. By contrast, all 5 initial survivors from the Grafton worked closely together and were rescued after almost two years.

One striking difference between the two kinds of group concerned how the sick and injured were treated. You might think that by looking after ’useless mouths’ a group would lessen its chances of survival. There would be less time to gather food and the food would have to be shared among a larger number of people. Abandoning the sick and injured would seem to be more sensible. Eating them would seem to be even more sensible (cannibalism was actually a rare occurrence). In reality, this sort of crude arithmetic was outweighed by the fact that taking care of the sick and injured helped a group build mutual trust and solidarity. It was on balance an activity that increased chances of survival.

In terms of political structure, non-cooperative groups might be either anarchic or harshly authoritarian. Cooperative groups were more democratic, but this did not exclude an element of leadership. Thus the 5 men from the Grafton elected one of their number to act ‘not as a master or superior but as a head of family.’ It was his assigned duty to ‘maintain order and harmony with gentleness but also firmness.’ It was agreed that this person could be replaced on a future vote if necessary.

Christakis acknowledges that cooperative groups were relatively few. This should not be too much of a surprise, considering that many shipwreck survivors were traumatized and all had come from competitive and highly status-conscious societies. What is remarkable is that cooperative post-shipwreck societies did exist, demonstrating that even under unfavorable circumstances human beings have the capacity to act together as equals.
Stefan