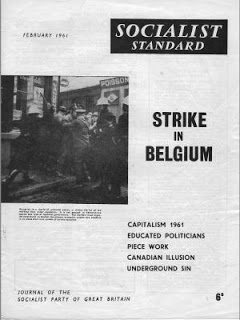 From the February 1961 issue of the Socialist Standard

Sir William Petty (1623-1687)
Marx, in Volume 1 of Capital, says: "Once for all, I may add that by classical political economy I understand that economy which since the time of W. Petty has investigated the real relations of production in bourgeois society, in contradiction to vulgar economy, which deals with appearances only".

This is a tribute to the genius and originality of Sir William Petty, the founder of modern political economy. It is in his Treatise of Taxes and Contribution, London 1662, that we find the first idea of surplus value.

Petty distinguishes the natural price of commodities from the market price, the "true price current". By natural price he means value. This is his main point, as the determination of surplus value depends on the determination of value itself. What, then, is value? Petty determines the value of commodities by the relative amounts of labour which they contain; he is concerned not with appearances, but with foundations.

In the following quotation from his Treatise of Taxes and Contributions we get the first definition of value:


If a man brings to London an ounce of Silver out of the earth in Peru, in the same time that he can produce a bushel of corn, then one is the natural price of the other; now if by reason of new and more mines a man can get two ounces of silver as easily as formerly he did one, then corn will be as cheap at ten shillings the bushel as it was before at five shillings, caeteris paribus (all things being equal).

The next quotation from the same work interests us, as it is the early examination of the value of labour;


The law . . . should allow the labourer but just the wherewithall to live; for if you allow double then he works but half so much as he could have done, and otherwise would; which is a loss to the publick of the fruit of so much labour.

In modern words, in receiving for six hours' labour the value of six hours, the labourer would receive double what he receives if he worked for twelve hours and got only the value of six. he would therefore not work more than six hours. Thus the value of labour is determined by the minimum necessary for subsistence. To induce the labourer to produce surplus value and to perform surplus labour, it is necessary to compel him to expend all the labour power of which he is capable, as the condition upon which he may earn the necessities of life.

Petty recognises two forms of surplus value, ground rent and money rent (interest). He divides the second from the first which, for him, as later for the Physiocrats, is the true form of surplus value. He depicts rent not as simple surplus of labour expended over and above necessary labour, but as a surplus, of the surplus labour of the producer himself over and above his wages and the replacement of his capital; as for example the following"


Suppose a man could with his own hands plant a certain scope of land with corn, that is, could dig, or plough, harrow, weed, reap, carry home, thresh and winnow so much as the husbandry of this land requires; and had withal seed wherewith to sow the same. I say that when this man has subtracted his food out of the proceed and given to others in exchange for clothes and other natural necessaries, that the remainder of the corn is the natural and true rent of the land for that year, and the medium of seven years, or rather of so-many years as make up the cycle, within which dearth and plenties make their revolution, doth give the ordinary rent of the land in corn.

To Petty, the value of the corn is determined by the labour time which it contains, while rent, equivalent to the total product after the deduction of wages and seed, equals the surplus labour represented by surplus product. Rent, therefore, includes profit which is inseparable from it.

Petty also shows that the individual character of the labour is of no consequence. Labour time is what matters.

As a final tribute, and summing up of Petty's contribution to political economy, we quote the following extract from Volume III, of Capital.


Petty . . .  and in general the writers who are closer to feudal times, assume that ground rent is the normal form of surplus value, whereas profit to them is still vaguely combined with wages, or at best looks to them like a portion of surplus value filched by the capitalist from the landlord. These writers take their departure from a condition, in which the agricultural population still constitutes the overwhelming majority of the nation, and in which the landlord still appears as the individual, who appropriates at first hand the surplus labor of the direct producers through his land monopoly, in which land therefore still appears as the chief requisite of production. These writers could not yet face the question, which, contrary to them, seeks to investigate from the point of view of capitalist production, how it happens that private ownership in land manages to wrest from capital a portion of the surplus-value produced by it at first hand (that is, filched by it from the direct producers) and first appropriated by it.

John Locke (1633-1704)
John Locke is probably better known for his philosophy than he is for his contribution to political economy. He follows William Petty in that he regarded human labour as the principal source of wealth, though Petty regarded both labour and land as the important factors. For Locke, nature was out of the prime importance. He believed that the laws of nature established personal labour as the natural limit of private property—the limit arising from the physical limitation on the amount of labour an individual can perform, and from the fact that no one should accumulate more than his needs.

Locke was opposed to the private ownership of land. In his opinion ground rent was no different from usury and, due to the unequal distribution of the means of production, was a transfer from one person to another of the profit that should have been the reward of one man's labour. The following quotation from his Consideration of the Lowering of Interest is an illustration of this:


Money, therefore, in buying and selling, being perfectly in the same condition with other commodities, and subject to all the same laws of value, let us next see how it comes to be of the same nature with land, by yielding a certain yearly income, which we call use or interest. For land produces naturally something new and profitable, and of value to mankind; but money is a barren thing, and produces nothing, but by compact transfers that profit that was the reward of one man's labour into another man's pocket.

Locke's importance is that he is the voice of the juridical theories of capitalist society as opposed to feudalism. His work in philosophy was the basis upon which the thinking of subsequent English economist rested.

Sir Dudley North (1641-1690)
Sir Dudley North is best known his Discourses upon Trade. This is mainly concerned with commercial capital, and as such is outside the scope of these notes. The importance of North is that he reflects in his writing the period in which he lived.

From 1663 to 1798, except for the years 1708 and 1709, wheat prices were falling. Landlords complained continuously about falling rents. Industrial capitalists and landowners were concerned about, and did in fact bring about, a reduction in the rate of interest. Up to 1760 it was considered to be in the national interest to maintain and increase the value of land. From 1760 onwards an economic investigation began into the rise in rents, about the increase in the price of land and corn, and of other consumer goods.

The years 1650 to 1750 were full of struggles between "monied interests" and "landed interests". The landowners gradually lost out to the money lenders and financiers of the period. The financiers, with the establishment of the credit system, and the system of State debt, became predominant in society.

Petty, in his works, refers to the complaints of the landlords regarding the fall of rents. He defended the monied interests against the landlords, and placed the rent of money and rent of land in the same category. North, in his writing, follows Petty. It was in this form that capital gave landed property its first set-back, since money-lending at interest was one of the main means for the accumulation of capital.

North seems to have been the first to understand interest correctly. He included both capital and money in "Stock". On price and money his observation that gold and silver serve not as gold and silver in themselves, but only as forms of exchange value, is, for his day, remarkable.

To sum up, the position of the economists before the physiocrats was that they had to try and understand the conditions in which the landlord was being forced out, to the advantage of finance capital which was growing.

Really useful stuff this for my economics folder.

More to come. Bear with me.