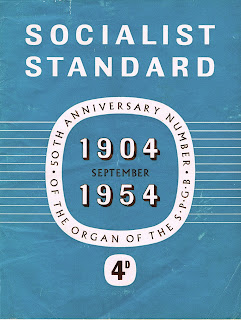 The 1914-18 war had a disastrous effect upon the Party. On many Sunday mornings before the war broke out the Executive Committee had been meeting to read through and amend a pamphlet that had been drafted for publication. This had to be abandoned and the pamphlet was not considered again until a few years after the war ended. Another project that had to be abandoned was the appointment of a paid Secretary-Organiser. Money had been subscribed for this purpose, the member selected, the Executive Committee were discussing the date when he should start and the work he should start upon when the war put an end to the idea.

The war dealt its worst blow to the membership. The Military Service Act, which came into operation in March, 1916, applied immediately  to a large body of active young members and, eventually, to nearly all the men in the Party. The Appeal Tribunals that were set up were quite useless, as far as members were concerned, and were treated by them largely as a means to put the Party's case where possible; generally, however, the objections of members only got a few minutes hearing. In order to escape the clutches of the authorities many members "disappeared" and some we never saw again; others went to prison.

Immediately the war broke out we drew up a Manifesto which was published in the September 1914 Socialist Standard; the August number was already printed. This Manifesto is reprinted in our pamphlet on War. In the same September issue of the Socialist Standard an editorial article appeared setting out the real basis of the conflict and concluding with the following paragraph: —

"The question for the working class, then, is not that of British or German victory, since either event will leave them wage-slaves living upon wages. Under German rule those wages cannot be reduced lower than under British, for very British working man knows that the masters who are shouting so loudly today for us to go and die in defence of our shackles and their shekels, have left no stone unturned to force wages to the lowest possible limits. The question, then, before the workers, is the abolition of the whole social system of which war and unemployment are integral parts, and the establishment of society upon the basis of common ownership of the means of production—the establishment, that is, of Socialism."

The Executive Committee passed a resolution stating that any member who voluntarily joined the fighting forces was unfit for membership of a Socialist Party. This attitude the members loyally adhered to during the course of the war.

Outdoor speaking during the war was extremely difficult. There were many turbulent meetings. Some meetings were broken up and members had to defend the speaker and the platform. Speakers were arrested for "spreading disaffection amongst His Majesty's subjects." A speaker was arrested at Leicester and followed to the police station by a crowd howling for his blood. He was released, after a week, on giving an undertaking not to appear on the platform again for six months. When he got back to London he phoned his employers intending to give a plausible reason for his absence. He did not get that far. He was told his wages would be sent on and they never wanted to see him again. Later he learned that one of his fellow clerks had obligingly pinned up a report of this case in the manager's office.

One instance in particular reflected the attitude of the authorities towards our speakers. One of them got upon the platform and, before putting our case, said he would read to the audience Lord Roberts' Circular to Commanding Officers in India. Before he got half way through the circular the police intervened and took him off to the police station where he was charged with "spreading disaffection." When he came before the magistrate he protested that he had made no personal contribution at all; that he was arrested whilst in the middle of reading Lord Roberts' circular. The magistrate asked to see the circular and, after reading it, said "Well there is nothing wrong with the circular, but, read at a meeting in the present circumstances, it was likely to cause disaffection amongst His Majesty's subjects." He then warned the speaker not to repeat his crime and fined him £2 2s.  . . . As a matter of interest the circular dealt in detail with the selection and care of native girls to act as prostitutes for the soldiers in India under official licence!

The difficulties of speaking increased so much that a Party meeting was called to decide whether it was worthwhile continuing. A majority decided that it was not. On the front page of January 1915 Socialist Standard we informed readers of our decision to suspend outdoor propaganda and the reasons that forced us to this decision. The article, in large type, appeared under the heading "Under Martial Law."

So outdoor meetings were closed down but the columns of the S.S. continued to criticise all concerned in the war and to put the Socialist attitude on the war. Every issue was full of statements that came under the  Regulations and members were expecting the Head Office to be raided and the Party compulsorily closed down. In October 1916 the War Office informed us that the S.S. was prohibited from being sent outside the United Kingdom on the ground that a portion of its contents "might be used by the enemy powers for their propaganda." In 1917 the Head Office was raided by the police but there was nothing left there to interest them; all Party records had been deposited elsewhere and the General Secretary at the time, Hilda Kohn, carried the minute book around in her bag.

During the war the funds of the Party got very low and an urgent call for donations brought in very little. But the members who were left managed to hold out until the end, although we had to give up our premises in 1918 and move to a couple of rooms on the first floor of a house behind Oxford Street.

When the war ended members began to drift back and the job of rebuilding the Party was commenced with enthusiasm and success.
Gilmac.

Email ThisBlogThis!Share to TwitterShare to FacebookShare to Pinterest
Labels: Gilbert McClatchie, History of the SPGB, R1954, September 1954, World War One