Barack Hussein Obama is a secret Muslim stealth Socialist born in Kenya!!! (and other frightening tales) (2012) 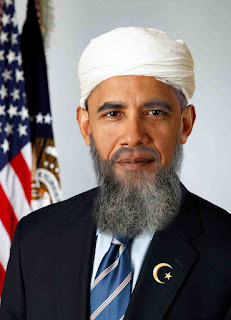 From the July 2012 issue of the Socialist Standard


With policy differences between Democrats and Republicans negligible, a good conspiracy theory comes in handy at election time.

If politics and policy were synonymous, the voters who loyally backed the Bush administration over eight years might as well support Barack Obama in the upcoming presidential election. His first four years in office have demonstrated that he can deliver the same basic policies as the Bush years (the military adventures overseas, the bailouts for investment banks, the cuts in social programs, the chipping away at constitutional rights, and so on), with the added benefit of no protesting peeps from liberals.

But politics is about more than policy, of course. For individual politicians, it all comes down to getting elected. This requires ‘brand differentiation’–setting oneself apart from the other guy. Politics may at times make for strange bedfellows, but more often it thwarts a loving embrace between those with much in common. And so Republicans must exaggerate their policy differences with the Obama administration for the sake of their election campaign.

But that’s not enough. Precisely because the difference in policy is so thin, the campaign must also be seasoned heavily with personal attacks. The task is to convince voters that Obama is a terrible menace to society, requiring an Internet-age whispering campaign in which conspiracy theory plays a prominent role.

Your lying eyes
Some Americans may need no more evidence than the colour of Obama’s skin to doubt his capacities. But outright racism is not exactly socially acceptable these days, at least in a public forum. What does still have wide currency, in Republican circles and beyond, is xenophobia. And this fear of the Other is a central theme of the imaginative efforts to personally discredit Obama.

Instead of reminding voters, with a wink and a nudge, that the president is black, conspiracy theorists are trying to build their anti-Obama case around the fact that he’s Barack –a ‘secret Muslim’ born in Kenya. If either half of the theory were true, the Republicans would have hit the jackpot, because Muslims remain an acceptable scapegoat among many Americans and only ‘natural-born citizens’ of the United States are eligible to run for president.

Rumours that Obama, the son of a Kenyan, was born outside the United States began to percolate during the presidential primaries in 2008, and the Hillary Clinton campaign was happy to benefit from the rumours or even help to spread them. The rising controversy led Obama that year to release a certified copy from the Hawaii Department of Health of the “short form”of his birth certificate.

But that only stirred up even more speculation among conspiracy theorists, who claimed it was a forgery. These ‘birthers’ continued to demand that Hawaii provide clearer proof that Obama had been born there. And some states even called for such proof in order for Obama to be eligible on their ballots. Bombarded by these requests, Hawaii in April 2011 decided to waive its policy of only issuing the short form and release a certified copy of the long-form Certificate of Live Birth.

This has quieted the controversy somewhat, but die-hard birthers remain unconvinced that the second document is based on actual fact. And not all of these skeptics are on the lunatic fringe of the Republican Party. As recently as May of this year, Donald Trump (who is a lunatic, but not on the fringe), said in a CNN interview, “A lot of people think [the birth certificate] is not authentic,”and he suggested that Obama’s parents may have filed a US birth announcement in Hawaiian newspapers for his overseas birth. Trump made these comments on the very day he helped raise $2 million for the Romney campaign.

Jihad over Jesus
The other conspiracy theory that Republicans politicians are wary to embrace too tightly, even though they benefit from it, is that ‘Obama is a secret Muslim.’ This rumour has spread mainly through e-mail. At the beginning of 2007, around the time the right-wing magazine Insight ‘broke’ the story, the following e-mail was widely forwarded among rank-and-file Republicans:


“Obama takes great care to conceal the fact that he is a Muslim . . . Lolo Soetoro, the second husband of Obama’s mother . . . introduced his stepson to Islam. Osama [sic!] was enrolled in a Wahabi school in Jakarta. Wahabism is the radical teaching that is followed by the Muslim terrorists who are now waging Jihad against the western world. Since it is politically expedient to be a Christian when seeking major public office in the United States, Barack Hussein Obama has joined the United Church of Christ in an attempt to downplay his Muslim background.”

This e-mail contains the crux of the claim that Obama is a secret Muslim. Other cute flourishes added to the theory include the rumour that he was sworn into the US Senate on the Koran rather than the Bible, and that he will not recite the pledge of allegiance or show reverence for the US flag.

Like any conspiracy theory, this one is concocted by mixing facts, speculation, and outrageous lies. It is true that Obama’s stepfather was, at least nominally, a Muslim. But the claim that “O[b]ama was enrolled in a Wahabi school”is a lie; in fact, he attended an ordinary Indonesian public school (and later a Catholic school).

What’s interesting about the theory is not its content but that millions of Republicans find it (at least somewhat) convincing. It attests to the paranoia and bigotry that runs through the ranks of the party, and the extent to which the party leaders must tap into this ignorance to get elected. 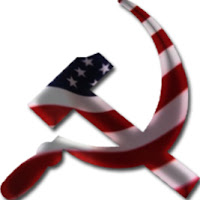 The company he keeps
Another horrible secret the president is keeping from the American people, say the Republicans in unison, is that he’s a socialist.

Of course, Republicans have been labelling opponents “socialists”since the 1990s, when it dawned on them that “liberal”had been worn too thin from overuse to serve as a choice insult. (How the limp creed of liberalism could have ever frightened anyone is a great mystery of American political life.)

The insult has changed but not the meaning: a socialist, like the once dreaded liberal, is someone who advocates “big government” (i.e. the modern welfare state, Keynesian economic policies, etc.). Socialism, under this commonly held view, is a society in which the “free market” is fettered –nota society where markets and money no longer exist.

But even when ‘socialist’ is just another word for liberal, and ‘socialism’ but a specific form of capitalism, Barack Obama still doesn’t stack up to much of a socialist. There are only a few examples of Obama’s “radical” (big government) policies that the Republicans can point to, such as the bailout of General Motors and support for the failed company Solyndra. And these have nothing to distinguish them from similar policies implemented by past administrations of either party. Even his health care reform, denounced as “socialized medicine” by Republicans, is premised on the continued existence of private insurance companies.

If Obama’s policies as president are socialistic, then every US president since FDR has dabbled in a bit of socialism. Republicans must know that the “Obama is a socialist”claim cannot be made on the basis of what he’s done in office. They have no choice but to turn from policy to conspiracy.

Having found so few juicy titbits from Obama’s first term in office, Republican conspiracy theorists have been sifting through his past, way back to his college days, looking for any sort of connection to radical individuals and organizations. Dozens of books have already appeared with the findings of this research, invariably published a few months before an election.

The authors all seem to conclude, regardless of their specific topic, that Obama is somehow alien to American political life, a sort of secret agent who has weaselled his way into the centre of power. The books are written to stoke readers’paranoia and have titles like, Barack Obama and the Enemies Within or The Secret Life of Barack Hussein Obama.

“HE ISN’T WHAT HE SEEMS”–warns the back cover of The Manchurian President: Barack Obama’s Ties to Communists, Socialists and Other Anti-American Extremists; a book that promises to present “chilling findings”about “how dangerous Barack Obama really is.”These findings include: “Obama’s deep ties to anti-American fringe nexus [?] instrumental in building his political career”; the existence of “extremists . . . in the White House . . . including communist-linked Valerie Jarrett and David Axelrod”; and Obama’s extensive “ties to terrorist Bill Ayers.”

Radical-in-Chief: The Untold Story of American Socialism, apparently one of the more respectable contributions to the genre, offers a similar list of revelations.  Along with the de rigueur obsessing about links to Bill Ayers, the book reveals, “Obama’s long association with an organizer training institute called the Midwest Academy –whose archives reveal it to be a classic socialist front group,”and recounts how “Obama’s life was changed forever when . . . he attended his first of many ‘Socialist Scholars Conferences’ in New York”where he “discovered community organizing and its stealth-socialist agenda.”(Quotes are taken from conservativebookclub.com.)

This might sound convincing to some readers, at least those who have never attended something like a Socialist Scholars Conference. But I wonder how many young people, after sitting through a left-wing academic presentation, would describe the experience as life-changing?

Apocalypse now (again)
“Armageddon is a triennial festival,” the critic Dwight MacDonald wrote in a 1960 essay. He was describing the hysteria that was arising before the US presidential election that year, which was no different from the frenzy in the run-up to other inconsequential elections, he recalled.

And now, more than fifty years and a dozen elections later, we face once again “the most important election in our lifetime.” The Republicans, for their part, fear that Obama, the stealth socialist, will finally implement his super-secret radical agenda. In a recent article on the New York Review of Books website, Garry Wills explains how Republicans are trying to scare people into voting for Romney:


“Republican operatives describe this year’s presidential election in apocalyptic terms. It will determine our future. It will seal our national fate. . . . They tell Republican voters that President Obama, in a second term where he does not have to face re-election, will reveal and follow the full socialist agenda he has been trying to hide.”

But that article by Wills (‘Why 2012 Matters’) was written to scare people into voting for Obama! The line I took out in the middle of the passage quoted is: “Well, they are probably right, but not for the reason they give.”In other (less mealy-mouthed) words, Wills himself is describing the 2012 presidential in “apocalyptic terms”and saying it will (probably) “seal our national fate”–as he explains:


“[T]his election year gives Republicans one of their last chances –perhaps the very last one –to put the seal on their plutocracy. They are in a race against time. A Democratic wave is rising fast, to wash away the plutocracy before it sets its features in concrete, with future help from the full (not just frequent) cooperation of the Supreme Court.”

There is a lot that can be said about this description, starting with whether the country actually has a politically cohesive “plutocracy”(the term itself certainly suggests rock-solid unity among capitalists), and if so, whether it truly fears drowning under a Democratic (not democratic) wave.

In any case, the simple point to make here is that Democratic ‘operatives’ (like Wills) rely on the same scare tactics as the Republicans, with plutocrats (or fascists) and Christian extremists serving as the bogeymen instead of socialists and Muslims. These operatives are now in a race against time . . . to finish their anti-Romney books before the November election.

No doubt, the untold story of Mitt Romney as plutocratic puppet with ties to grassroots Mormon-fascist organizations will be rolling off the presses soon.